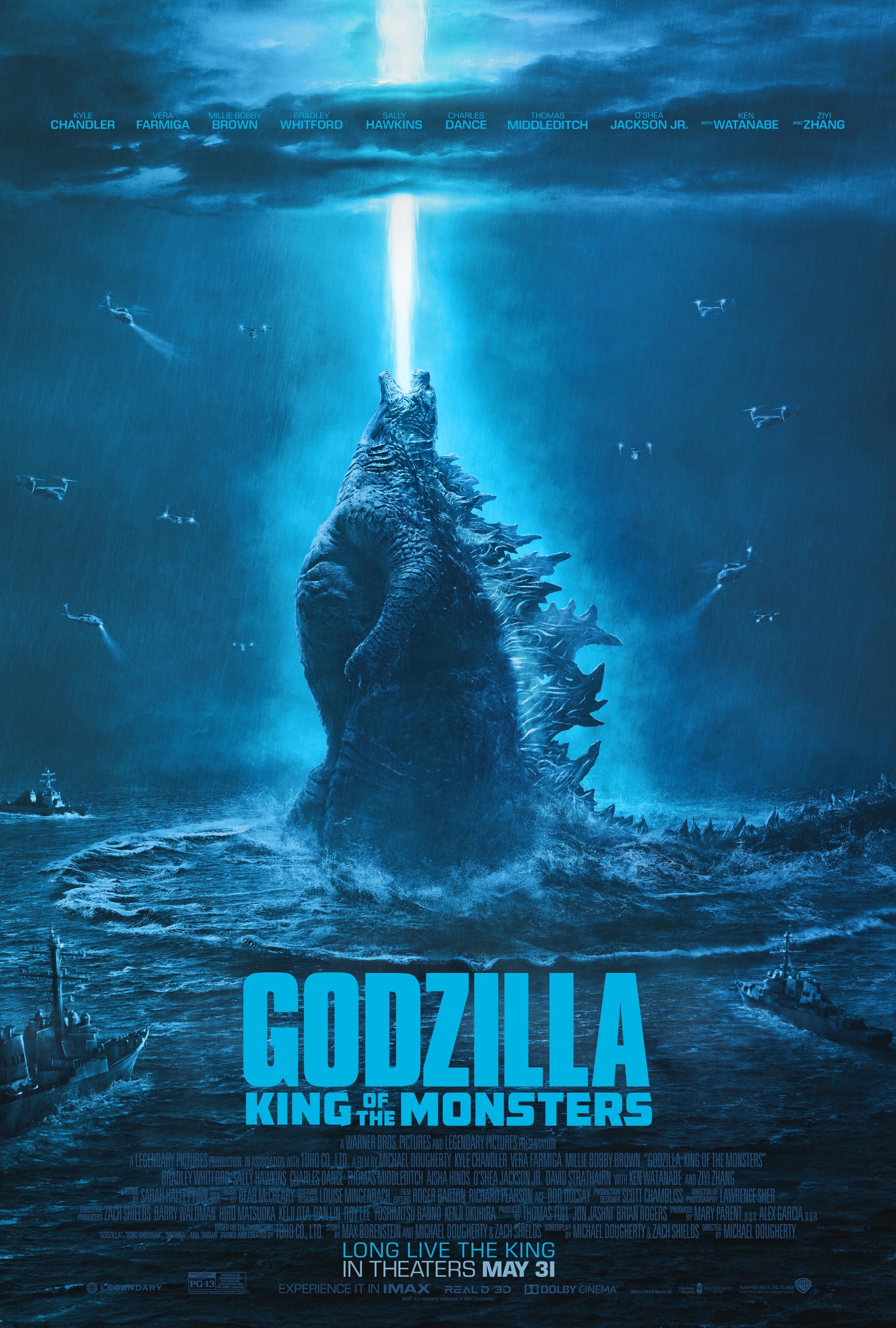 "Godzilla: King of the Monsters" is a huge letdown, especially when compared to its predecessor, "Kong: Skull Island". Five years after the events of Godzilla (2014), everyone in the world is trying to accept the fact that monsters exist. Dr. Emma Russell's (Vera Farmiga) new generator, the Orca, triggers a wakening of all titans around the world. When evil Col. Alan Jonah (Charles Dance) gets his hands on the device, he wants to restore and fix humanity. However, it releases the evil monsters that were hidden away. This forces the king of the monsters, Godzilla, to face off against his longtime foe, the three-headed Ghidorah.

I had a lot of high hopes on this film. "Kong: Skull Island" absolutely blew me away, and I was expecting the same from this movie. That is not the case for this film unfortunately. The writing and plot was very boring and basic, and the film moved so slowly.

It was hard to follow at times where the move was heading. The terrible cinematography made it where you had no clue what was going on sometimes. For example, take a look at the ending. I was so confused on what was going on, and when I finally started to get a grasp on it, the credits rolled. I had to rewind and watch the ending again to understand what was happening.

The characters were very 2-dimensional and annoying. Farmiga and Kyle Chandler (who plays her ex-husband, Dr. Mark Russell) tried to make their characters very engaging and exciting, but unfortunately failed. Millie Bobby Brown (who played their daughter Madison) gave a very bland and annoying performance; I had hoped that Godzilla stepped on her during the film to put me out of my misery of having to watch her anymore.

The only good thing about this film was the special effects and the monsters. The fight scenes were incredible, and the monsters were very realistic. However, comparing it back to its predecessor, the effects weren't as good as the ones back on Skull Island. Some moments felt fake, and ruined the scene a bit.

If this film focused more on the monsters than the humans, it would've been a better film. The humans ruined this film, and I wish we just had two hours of these creatures fighting. Hopefully we see more of the awesome fight sequences in the new "Godzilla Vs. Kong" film, and more engaging interactions between the humans.