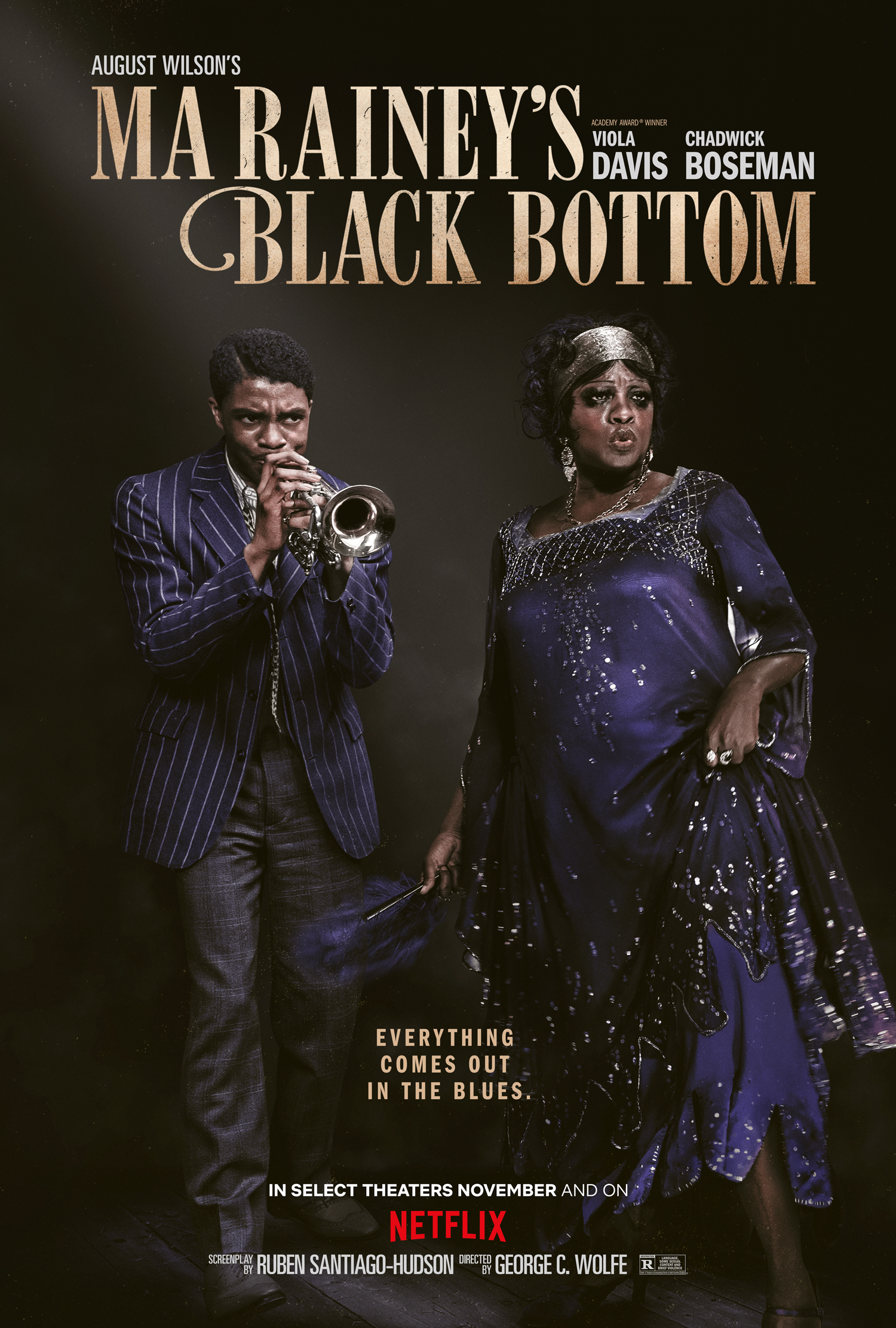 Chadwick Boseman's last film, "Ma Rainey's Black Bottom", was a huge and boring disappointment. Following the course of a day in the recording studio, tensions run high amongst the band and the titular character.

There's not really much to say about the plot as it doesn't really have a progressive plot. It just seems like a series of random events and constant fighting throughout. After only being fifteen minutes into the film, I was extremely sick of the bickering and was ready for the film to end.

Boseman and Viola Davis give great performances, and are really the only saving grace for this film. Boseman shows great emotion in his acting throughout the film, especially during the scene where he curses God. Davis is excellent as Ma Rainey, and makes you dislike her character, who is extremely rude to everyone in the film except her nephew and lover. However with that said, I'm grateful for how little screen time she has as I was starting to get annoyed and irritated with her character.

Every scene in this film felt very slow, and I was getting more irritated as it went on. This film was adapted from a play written by August Wilson, and that's exactly what it felt like. It didn't really feel like a film at all. Take all the basement scenes for example, there's nothing really there to move the plot forward. It's just a bunch of musicians talking and bickering about the stupidest things.

I was also extremely disappointed about the lack of music in this film. Going into it, I was expecting a lot of footage of Ma Rainey and the band recording her songs. In reality, we only received around two scenes of the recording, which is a huge letdown.

The acting wasn't anything special, besides Boseman's portrayal of Levee. The cinematography has a few good shots here and there, but wasn't very impressive. I'm confused on how this film was nominated five times at the 93rd Academy Awards. They should've given those nominations to films that actually deserved it and didn't receive much love from the Academy this year. May I recommend Christopher Nolan's "Tenet", which was way more enjoyable than this mess of a film.