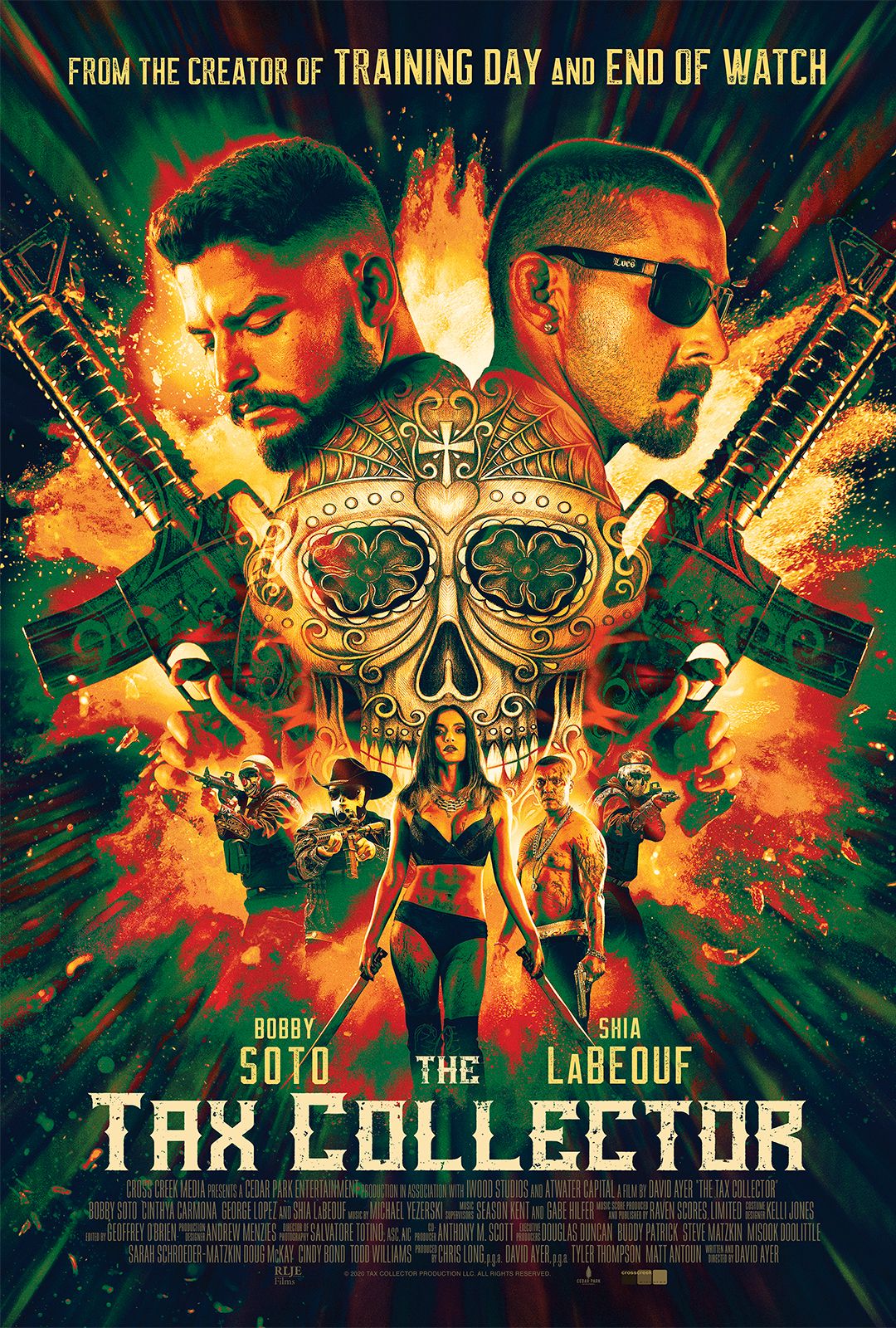 David Ayer's newest film "The Tax Collector" is so awful and horribly written that you roll your eyes in almost every scene. There is tons of racial stereotyping, no character depth, an incoherent and boring plot, horrible editing, and so much more. This film is just a disaster from the first minute.

We follow David (Bobby Soto), who rounds up a 30% tax from all gang activity to pay the boss, who is played by George Lopez. On a side note, I'm not sure why Lopez sounds more white than he does Mexican in this film. David is followed by his friend and co-worker Creeper (Shia LaBeouf), who is the muscle behind the whole operation.

The plot is very predictable. There is a bad guy who wants to kill another bad guy, and there's a huge fight at the end of the film. This is basically the generic plot outline for any L.A. gangster film. The funny thing about it though is that Ayer tries to make David sympathetic and likable by giving him a wife and kids he has to care for. How can we have sympathy or adoration for a character who threatened a man whose daughter has Leukemia?

In my opinion, Soto is absolutely terrible in this film. However, I don't think it's his fault for the dreadful acting performance. He had to work with the horribly written script he was given and try to make a character out of it. He is given such bland and clichéd dialogue, which makes it painful to watch.

I feel like LaBeouf really tried for this film. He went full method for this film, and even got his entire chest tattooed for only a brief "blink and you'll miss it" section of the film. I had to go back and pause the film to be able to see his inked torso. LaBeouf tried to make his character interesting and engaging; Creeper is the only character in the film I didn't hate.

The editing for this film is horrendous and feels like it was done by an amateur. The cut-shots were forced for most of the film, and the cinematography was just awful. My biggest pet peeve for the editing of the film is the sound design and editing. One moment you can't hear what the characters are saying, and the next your eardrums are blared out by either loud music or explosions. It's just extremely sloppy work, and really ruined the whole experience of the movie.

I feel like Ayer had a good idea, but could not execute it properly. He delivers a horrendously acted, terrible script that is seemingly impossible to make a good movie out of. I've noticed that it's really a hit or a miss with Ayer's film. Sometimes you absolutely love his films, such as "End Of Watch" or "Training Day", and other times you wish you never watched it, as evident in this film.