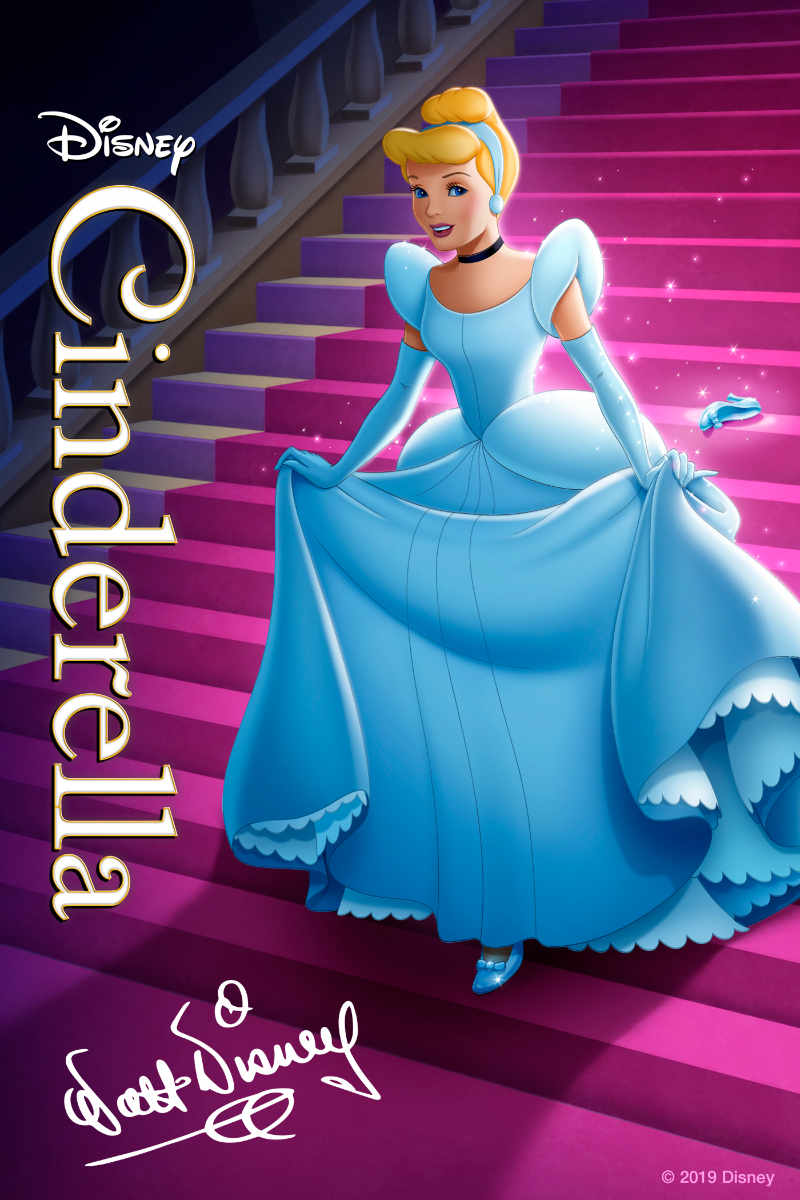 "A Dream is a Wish Your Heart Makes".

These are the words sung by the titular character in Disney's 1950 classic, "Cinderella". We hear this song throughout the entire film; sometimes in a happy tone, a sad tone, a hopeful tone, and so on. This song is as crucial to the film as the main character herself is.

Before meeting the prince at the ball, Cinderella (Ilene Woods) isn't loved by anyone. Cinderella's mother is dead, which then prompts her father to marry the wicked Lady Tremaine (voiced by Eleanor Audley, who is the original voice of Maleficent). Her father then dies, leaving Cinderella to live with Tremaine and her two cruel and ugly daughters, Anastasia (Lucille Bliss) and Drizella (Rhoda Williams).

When an invitation to a ball comes to their doorstep, Cinderella is determined to attend. With the help of her mice friends, they fashion her mother's old dress to look more modern and beautiful. The jealous stepmother and stepsisters then tear apart her dress, leaving her with nothing. Defeated and sobbing in the forest, she is approached by a magical fairy who is called "The Fairy Godmother" (Verna Felton). She then fixes Cinderella up, and she goes to the ball and dances with the prince. They both instantly fall in love with one another.

When she leaves a glass slipper behind, the prince is determined to find the beautiful girl he danced with that night. He sends his squire and men to scour the villages and try the slipper on every maiden till they find the perfect match.

This movie is just beautiful. The animation is so incredibly done, and the humor that our characters provide is great. The mice characters, who are the minor characters, have a huge presence in the film, especially Jaq and the lovable Gus. It's fun to follow them on their adventures and their attempts to evade Tremaine's evil cat, Lucifer.

Gus is probably one of my favorite Disney sidekicks of all time. He is the funniest and most enjoyable thing about this film, and you're in for a laugh whenever you see him. He reminds me of Kronk from Emperor's New Groove (who is hands-down my favorite Disney character).

Is Lady Tremaine the most evil Disney villain? No, far from it. But she is one of the most cruel Disney characters of all time. She loves tormenting poor Cinderella, and takes joy from it. She has no reason to torture her, but does it for her own enjoyment. The directors of the film do such a good job of portraying her as such a despicable and vile woman.

One of the best, if not the best, love songs in any Disney film is present towards the end of this film. As Cinderella and the prince (whose singing voice is performed by Mike Douglas) dance, they sing the song "So This Is Love". Even though it is incredibly short, it almost perfectly describes the feelings of love you have for a significant other. Consider the lyrics: "And now I know the key to all heaven is mine." The song then goes on to say, "I'll touch every star in the sky/ so this is the miracle that I've been dreaming of." It's just so perfectly written. You can feel the love the two main characters have for each other, and you heart flutters at the feeling of it. Even if you've never been in love before, you can certainly feel how our characters are feeling as you watch them dance and sing. A good film is supposed to make you feel something as you watch it. Just from this brief scene alone, you can tell this is an excellent film.