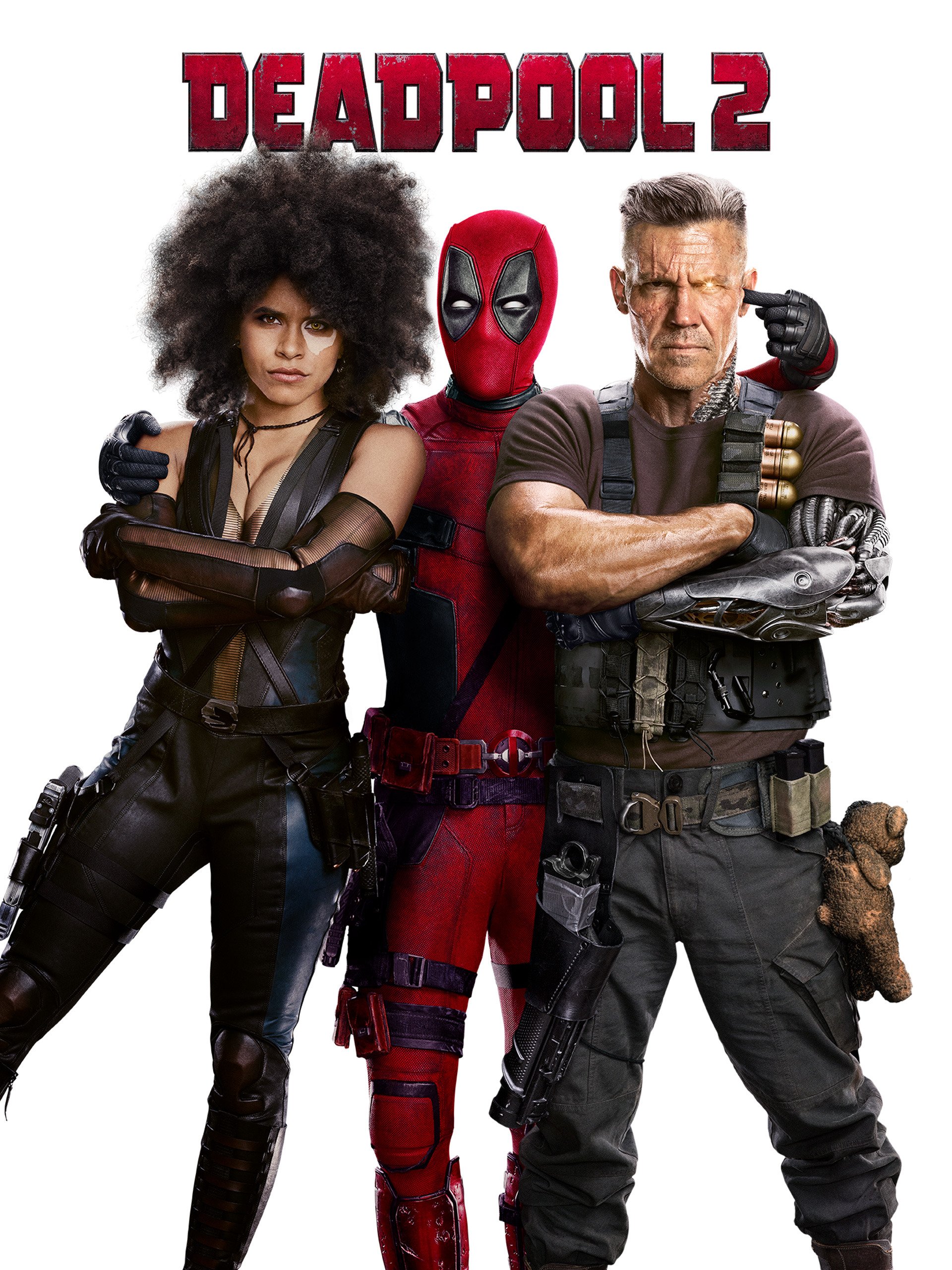 Ryan Reynolds is back as the foul-mouthed superhero Deadpool in a sequel better than the original. Following the death of his longtime girlfriend Vanessa (Morena Baccarin), Wade gives up on life. Throughout the film, he finds various ways to kill himself to be able to join his love up in Heaven. However, he joins Colossus and Negasonic Teenage Warhead to try and help a young mutant Russell (Julian Dennison) understand his powers and stop him from going onto a dark and dangerous path.

That's where Cable comes in. Played by Josh Brolin, Cable is a time traveling cyborg who comes back to kill Russell. We later find out that Russell is the reason Cable's family is dead, which prompts Wade to want to try to help steer Russell on the right path.

Like the first film, this movie is incredibly funny. Ryan Reynolds' performance as Deadpool is absolutely amazing and never disappoints as the "merc with a mouth". The jokes aren't as consistent as the first film, where there was a joke every three minutes almost.

This film is also a lot less darker than its predecessor. There are dark moments in it, but no where as extreme as the torture sequences in the first film. Many of the darker moments of the film are made to be funny as well. Take the scene where all the X-Force jumps out of the plane. We expect for there to be a huge fight between the heroes and Cable. Instead however, all the X-Force members (besides Deadpool and Zazie Beetz's Domino) die in horrible, terrific deaths. It is so grisly and disgusting, but hilarious at the same time.

This film has a lot of heart. It shows that even dysfunctional families are still families. It also shows us Wade's soft side, and that he truly does care about people (even if he says he doesn't). I love the relationship between Wade and Russell. They both try to push each other away in the film, but eventually realize that they need each other. Everyone needs a family, no matter how dysfunctional it is.

Ryan Reynolds impresses again as Deadpool. Not only does he star in this film, he also co-wrote it alongside the writers from the first film. You can really see how much Reynolds cares about this franchise and character while watching this film. This films feels like his own personal project, and it's a joy to watch his ideas and fantasies being brought to life on the screen.