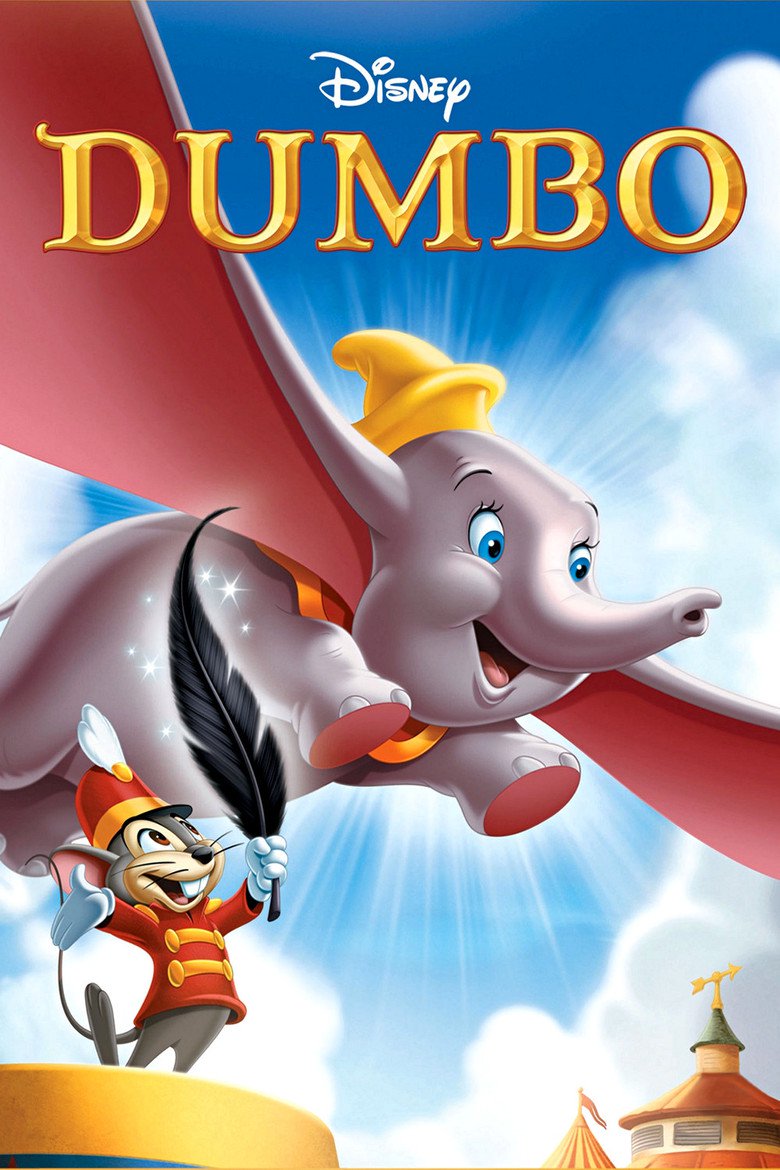 The 1941 Disney classic "Dumbo" is all about acceptance. Jumbo Jr. was delivered by stork to his mother, Mrs. Jumbo. She was so excited to finally receive her baby after waiting patiently for many days. However, Jumbo Jr. has incredibly big ears; bigger than any other elephant. He trips on his ears a lot, and fails at the circus performances. This is how he comes to receive the nickname "Dumbo".

At one circus performance, a couple of bullies mock Dumbo's big ears and tries to attach the poor baby elephant. Mrs. Jumbo tries to protect her son by stopping and spanking the attackers. She is then whipped and considered a danger; the ringleader locks her in a cage. Now, without his mother or any friends, Dumbo feels lost and lonely. Timothy Q. Mouse takes pity on the baby elephant and decides to become his friend, trying to make him into the best circus elephant.

The friendship between the mouse and the baby elephant is so sweet and innocent. Take the scene where Timothy tries to comfort Dumbo after his last encounter with his mother. Dumbo contracts the hiccups from crying, prompting Timothy to lead Dumbo to a bucket full of water. However, it is a bubbly alcoholic drink instead of water. The two get drunk and eventually pass out, waking up in a tree the next morning.

While drunk, they start to hallucinate, imaging a series of creepy elephants singing "Pink Elephants on Parade". This whole entire sequence is basically nightmare fuel for all ages. When watching Dumbo again, I was still frightened by some of the imagery present in the scene.

I feel like the ending was extremely rushed. We didn't find out Dumbo could fly till the last 10 minutes of the movie. They spend a lot of time on the circus and other characters than the actual scenes of Dumbo flying that everyone remembers. Even though the movie was enjoyable, I think they could've spent more time on the flying scenes and how Dumbo learns how to fly.

The music from this film brings back so many memories at Disneyland, in the Fantasyland section of the park. When watching this film, I would close my eyes and remember all the details present in Fantasyland when this music played. That's how you know a movie works when it can provide such warm and pleasant memories during every watch.