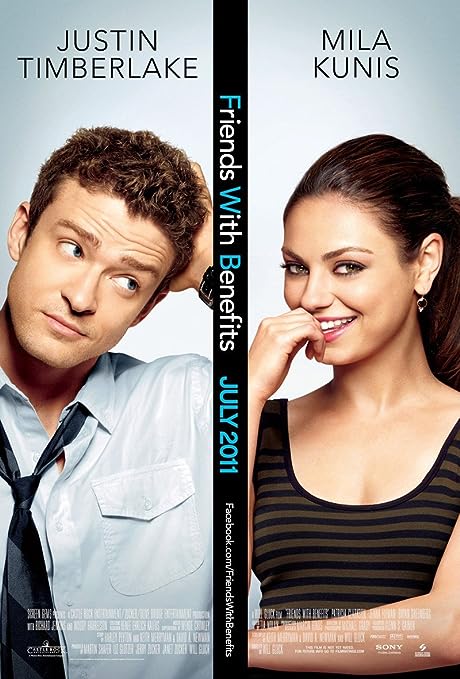 "Friends With Benefits" is not the typical rom-com. The film focuses on Jamie (Mila Kunis) and Dylan (Justin Timberlake), who are both down on their luck about their past relationships. They are both told they are emotionally unavailable and emotionally damaged. When they meet for a job in New York City, the two hit it off and become best friends.

However, this is where the twist comes in. They decide to have causal sex with no strings attached. One thing leads to another and they start to develop romantic feelings for one another. This is where we follow the rom-com formula; they fall in love, they fight, and then they get back together again with a big kiss at the end of the film. This film however is fun and fresh, which is a joy to watch.

Kunis and Timberlake have extraordinary chemistry and are absolutely hilarious together in this film. They are the opposite of one another, but they fit together so well. Look at the scene where they climb over the fence to sit on the Hollywood sign when they go to visit Dylan's parents in L.A. Jamie is very adventurous, while Dylan is hesitant and doesn't want to get in trouble. When they do get caught by the local police, Jamie jumps off the sign and lands perfectly on the ground below. Dylan, on the other hand, is terrified of heights and has to be carried off the sign by the helicopter. It's so funny how different they are, and that's what makes you fall in love with their relationship.

I love Woody Harrelson's character in this film. He plays Tommy, who is a gay sports editor at GQ. He provides a comedic relief during the heavy scenes in the film. His loud and proud gay characteristic provides some of the best jokes and gags in the film.

One of the running jokes throughout he film is that the two main characters understand all the rom-com cliches. This is a funny use of irony as the characters are literally the embodiment of most rom-com and romance films. Even though we already know how this film is going to end, I thoroughly enjoyed watching this film thanks to the fantastic acting and writing.