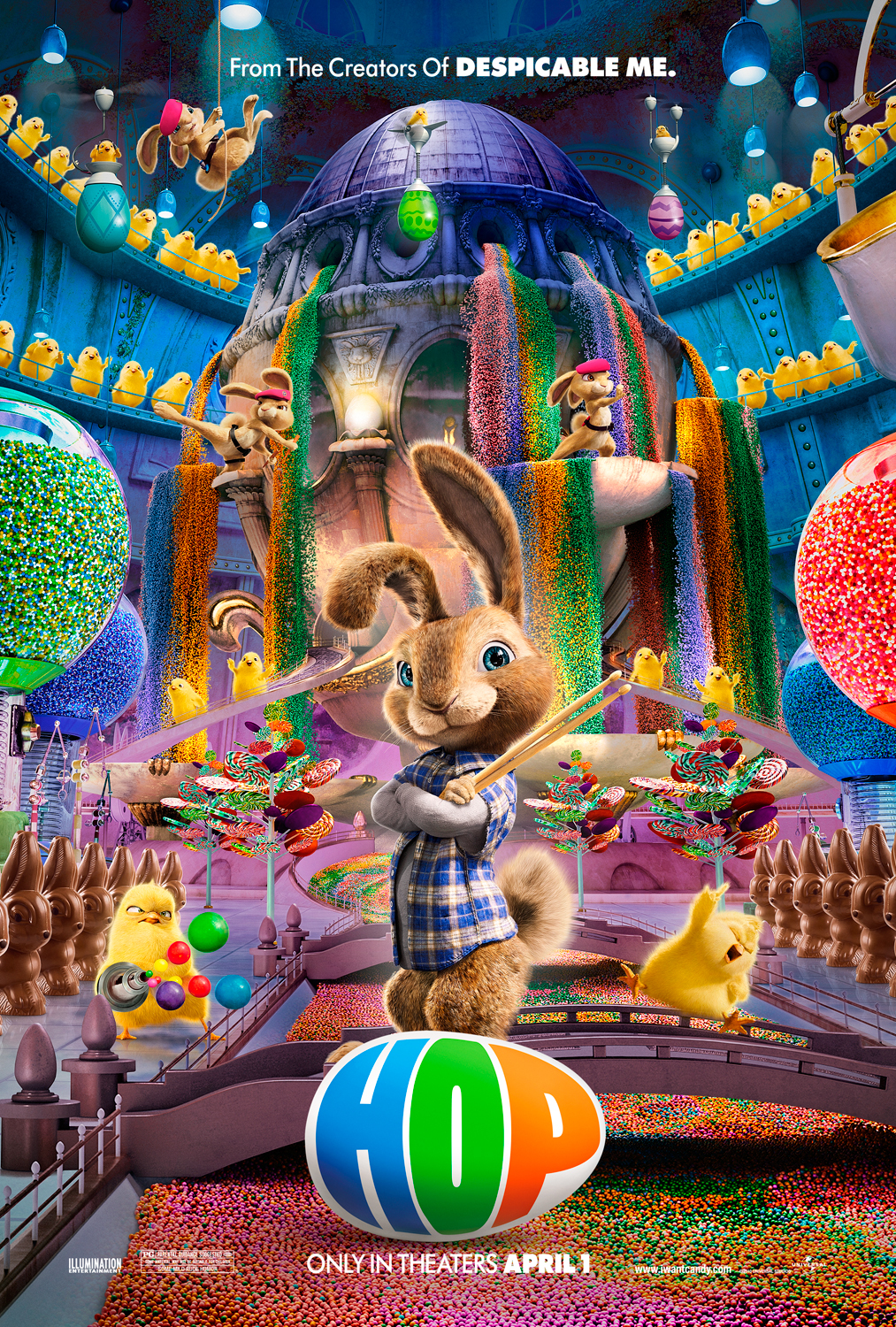 When you think of holiday movies, what do you think of? Most people would say they think of Christmas or Santa Claus, as Christmas movies dominate the holiday films genre. However, the minds behind "Despicable Me" wanted to make an Easter family film revolving around the Easter Bunny.

"Hop" follows a young bunny named E.B. (Russell Brand) who doesn't want to take over his father's role as the Easter Bunny; he wants to be a professional drummer. So one night, E.B. escapes from Easter Island and crosses paths with Fred O'Hare (James Marsden), whose family considers him a screw-up. When Fred finds out E.B. doesn't want to assume the role of the Easter Bunny, he offers to become the first human to take over the roll.

This film is very funny and can be enjoyed by the whole family. There are jokes for kids and even jokes that only the parents will understand. Look at the scene where an overjoyed E.B. starts thanking David Hasselhoff after performing the drums for him. E.B. then stops, mortified at what he had done, and asks him why he isn't shocked that a bunny is talking to him. Hasselhoff then replies that his best friend is a talking car, which then shows a shocked and confused E.B. This is funny for the kids as they think it's funny and weird for an adult to have a talking car as a friend. However, the adults watching this film will recall Hasselhoff's old show "Knight Rider" where his sidekick was a talking car named K.I.T.T.

The animation alongside the live action of this film is stellar. The bunnies look so real when interacting with the human actors. The live action actors also do a great job interacting with these imaginary characters they have to act with. I thoroughly enjoy the relationship between E.B. and Fred, as they go from enemies to best friends and co-workers. The jokes have incredible deliveries by the actors in the film, and are never forced.

Besides running into each other, E.B. and Fred have a lot in common in their situations. Both of their fathers are disappointed with their sons, and try to make them into something they're not. This causes both sons to want to be less like their fathers as they feel as if anything they do won't be enough for them.

This is a feel good film about accepting who you are and who you want to be. It provides this message by showing us the story of the Easter Bunny, appealing to both kids and adults. I come to this movie every Easter season, and I'm always left captivated and overjoyed after every viewing.