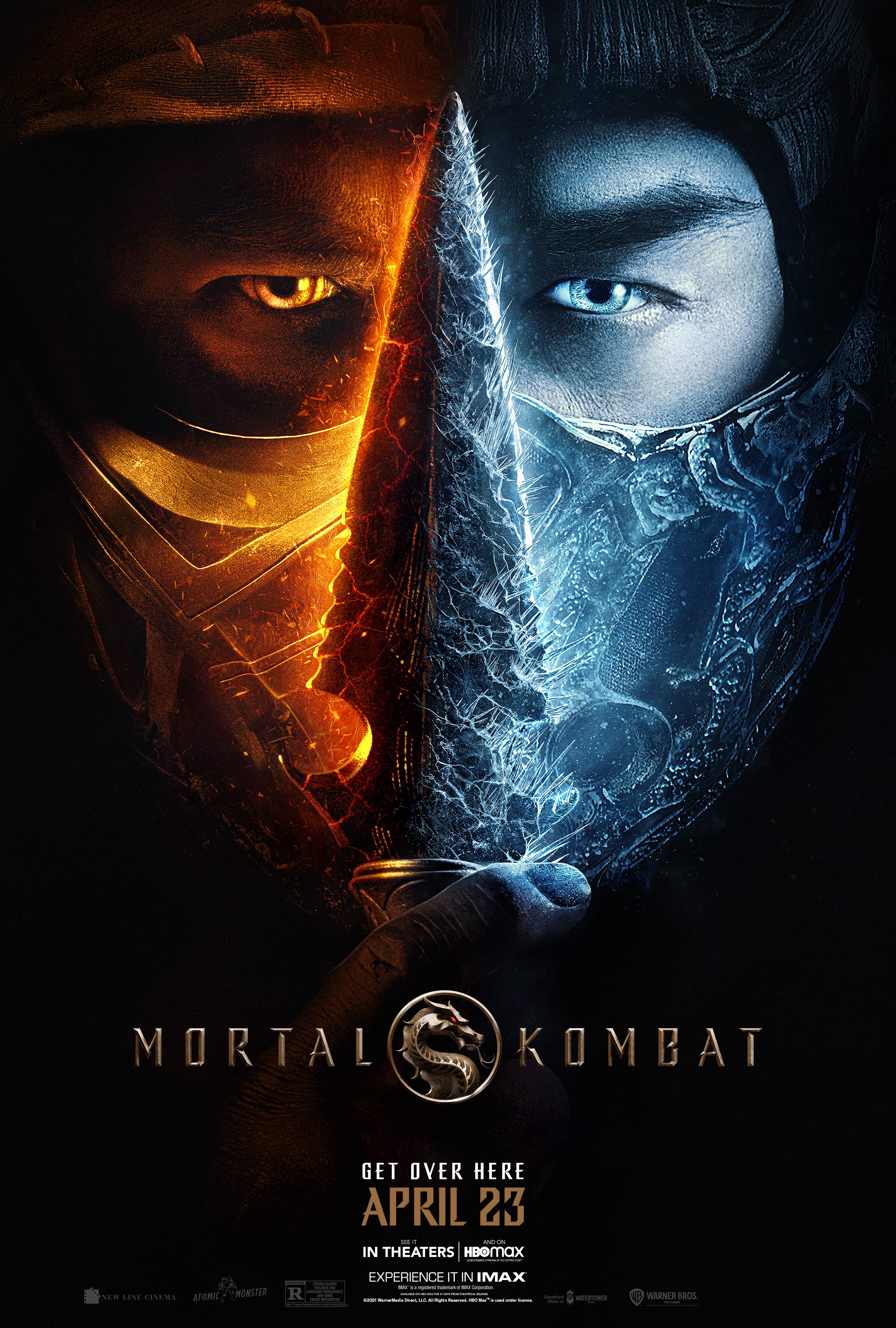 "Mortal Kombat", a game that changed fighting games forever, finally gets a proper film after thirty years. I went to go see this film on the big screen instead of the home-streaming release on HBO Max, and I'm very glad I did. I don't think you can get the adrenaline rush I got if you watched this on a TV or laptop.

After a prologue that shows Bi-Han (Joe Taslim) attack and kill Hanzo Hasashi (Hiroyuki Sanada) and his family, we then jump forwards hundreds of years later to reveal that Outworld has nine out of the ten tournaments in Mortal Kombat. If they win that final tournament, it's the end of the EarthRealm as everyone knows it.

Like the video games, the movie is loaded with over-the-top and hard R-rated violence and gore. Every time a character gets injured or cut, blood spurts like a fountain out of them. They don't leave anything to the imagination. Take the scene for example when a fairy character is cut in half by a spinning hat. We see in graphic gory detail as she is cut from the top of her head down to her body.

Surprisingly, the humor is actually spot on in this film, mostly thanks to Josh Lawson's performance as Kano. He's absolutely hilarious in this film with his jokes and witty comebacks. He is portrayed as a hateful character, but come on. How could we hate someone this funny?

The fight scenes are incredibly choreographed and executed. Consider the scene towards the end of the film where Scorpion and Cole take on Sub-Zero (Bi-Han from the prologue). It is so incredibly done and well performed that I had goosebumps and was on the edge of my seat the entire fight. The cinematography in these fight scenes are just incredibly beautiful, and really captures the brutality of the film wonderfully.

I was a little disappointed with the film's ending however. I won't spoil it, but it felt incredibly rushed to me after the final battle. They leave it open for a sequel, but try too hard. They don't really bring closure to the ending for this film, and I was left feeling a tad confused when the credits started rolling. It certainly wasn't the ending I expected. But I don't let it bother me too much as the combat and the gory fatalities save the day for this film.