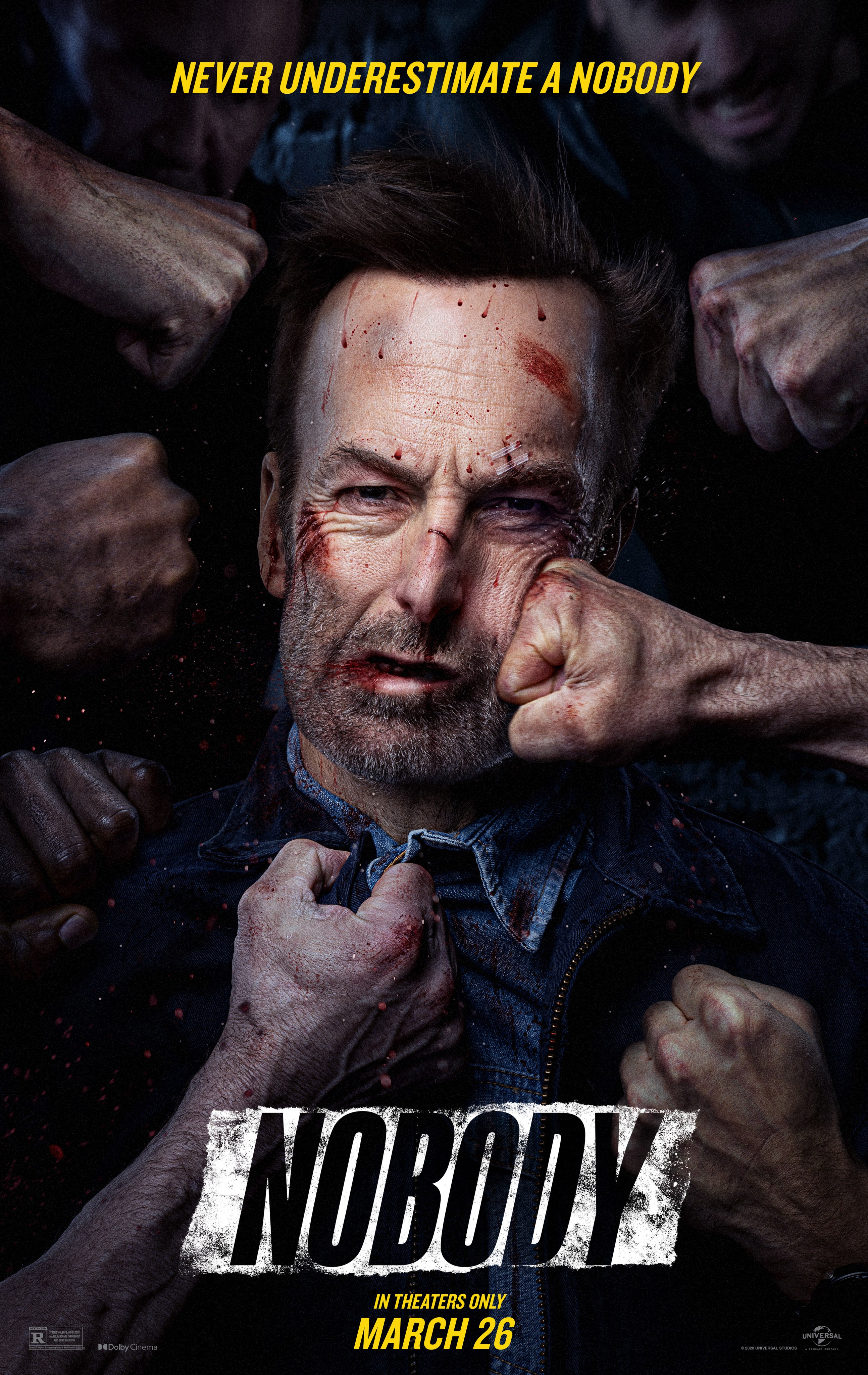 I have throughly enjoyed watching Bob Odenkirk the past few years. From his role as Saul Goodman in "Breaking Bad" and "Better Call Saul" to his smaller role in "The Incredibles 2", I think he's been excellent at what he does. I was extremely excited when this movie was announced, and it doesn't disappoint.

Hutch Mansell (Odenkirk) is a regular family man. His days are routine; he wakes up, goes to work, comes home, and repeats it everyday. However, one night is different as two burglars break into his house, and he fails to defend him or his family. He is now made out to be un-manly or a coward. Little does anybody know though is that he was a trained assassin for either the FBI or CIA (it's not made clear which in the film).

After successfully taking out a group of drunks who are about to assault a girl on a bus, he feels more like himself and is happy again. However, one of the men he took out is the brother to a dangerous drug lord, who now swears revenge against Hutch.

This feels like a comedic version of John Wick. Instead of a badass ex-hitman, we have an every-day man. He's not extremely buff or relies on over-the-top special effects. He just wants to stop the bad guys from coming after him and his family. Lots of the action and fight scenes are very well done and extremely stylized. They're also incredibly funny. Let's take the scene where the assassins are sent to take out Hutch's dad, David (Christopher Lloyd). He is seen sitting in his chair, asleep when the hitmen walk in. They go in front of him, and point the two handguns at him, fixed on his head. He then opens his eyes, and uncovers a shotgun that was hidden under the blanket, and blows the two men away. The nurse at the retirement home sprints in and we see David pretending to act old and senile again, watching a loud war film to explain the loud gunshots.

Another thing I liked a lot about this film was how we actually see the protagonist get hurt. Sure, John Wick will get cut or get hit by a bullet, but he seems fine. He just keeps going on. Our hero, on the other hand, gets the holy living crap beaten out of him, and he feels the effects of the beatings. Take the scene where he fights the thugs on the bus. He gets thrown out of a window and falls on tons of little glass pieces, piercing his skin. He stays down for a bit, before getting back up very slowly and able to fight again. Also, he takes a huge beating by the guys on the bus. This is different from other action films like John Wick and Die Hard, where they leave with barely a scratch or any blood shed.

This film is a fun hour and a half. You can both sympathize and empathize with Hutch, and then root for him as he takes out the bad guys. Odenkirk is great in this film, and I hope this films boosts his chances of being cast in more leading roles.