"Pieces of a Woman" Film Review 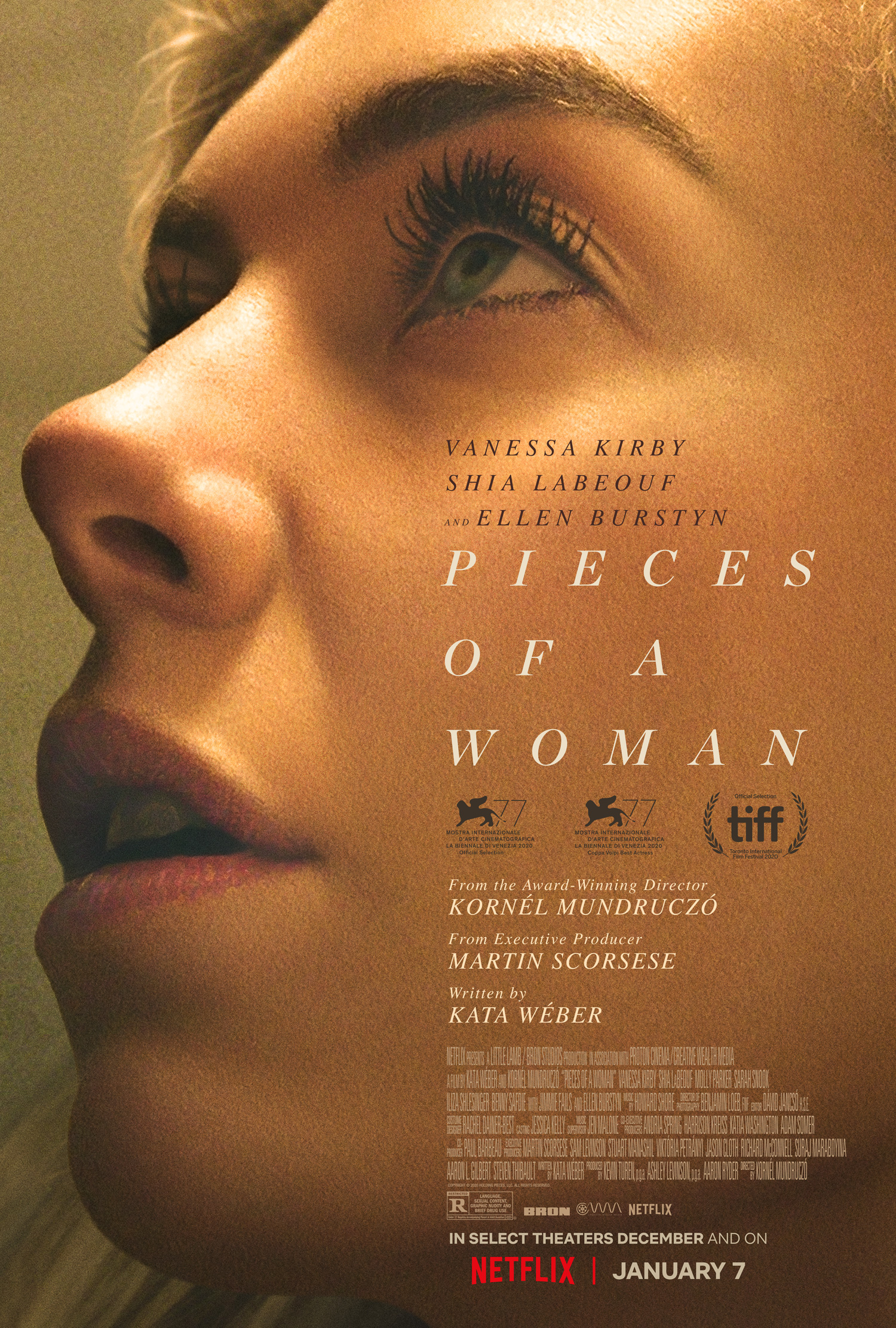 "Pieces of a Woman" Film Review

Martin Scorsese lists the new Netflix film "Pieces of a Woman" as one of his favorite films, and I can see why. This is one of the most moving and heartbreaking films in the past couple of years.

Martha Weiss (played by the phenomenal Vanessa Kirby) is pregnant, and decides to have a home birth. She is constantly supported by her husband Sean (Shia LaBeouf), and their marriage seems so amazing. When the midwife they wanted was performing another childbirth at the same time Martha goes into labor, they are stuck with another midwife they have never met named Eva (Molly Parker).

Unfortunately, after unknown complications, the baby doesn't survive. Martha and Sean are distraught, and start fighting with one another. Martha's mother, Elizabeth (Ellen Burstyn) is heartbroken and wants vengeance against Eva. Everything just seems to go wrong.

The main thing that stood out to me in this film is the 30 minute opening birth scene. It is so incredibly shot. Scorsese described it as "I felt as if we went through it. That I actually experienced it. The nature of the camera work, the writing is such that I just felt immersed in the movie. It wasn't a movie anymore. I was immersed with these people." The acting performances from LaBeouf and Kirby are amazing, and I personally believe Kirby deserves the Oscar this year for this scene alone. You can feel the pain and anguish her character is going through, and LaBeouf is great at conveying his worry and desperation to want to help and be there for her. My heart broke when they realized the baby was turning blue and there was really nothing they could do to save her.

The rest of the film after the birthing scene is just heartbreaking. One scene in particular is when Martha ignores Sean when she comes home one evening, and locks herself in her bedroom. He then breaks down and sobs, yelling that he misses her and the baby. It is so heartbreaking as we are watching this man who has just lost everything finally snap.

The court scene towards the end of the film is so raw and emotional that you feel like you're not watching a movie. You can see the despair and heartbreak in Martha's face as she describes the events from that night. You sympathize for her, and Kirby really drives it home with her monologue after the court comes back together. Kirby gives one of the best performances in 2021 so far.

This film is written by Kata Wéber, and directed by her husband Kornél Mundruczó. It is based off of the experience they had losing their own child. Throughout the film, you can feel the raw emotion and the personal meaning behind it. I fell like this was a passion project for the writer and director, as they had to tell this story to be able to cope with the loss of their child. What comes from this tragedy is a great film I'm sure they can both be proud of.