"Requiem For A Dream" Film Review 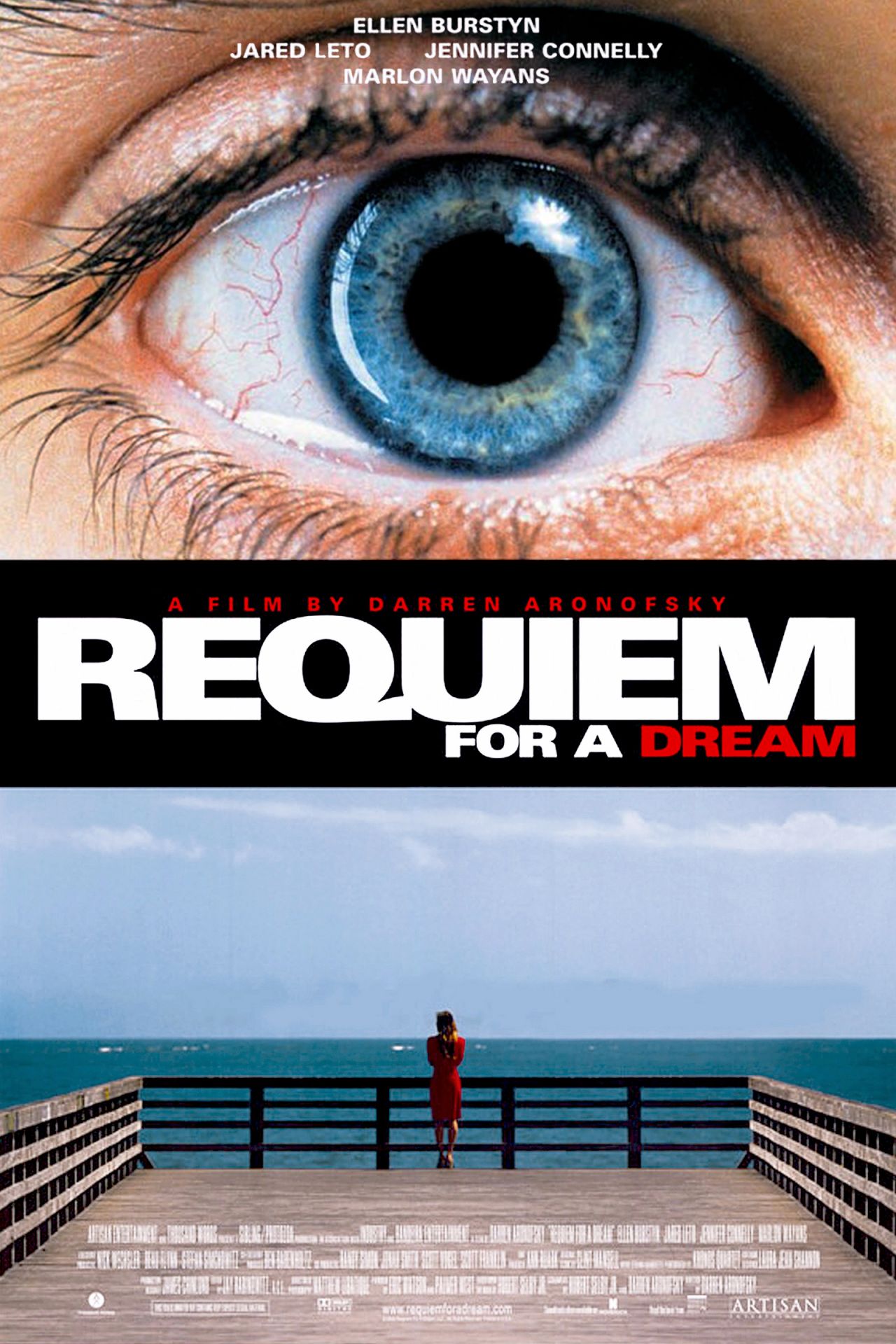 "Requiem For A Dream" Film Review

It's fascinating how Darren Aronofsky portrays the drug addicts in his film, "Requiem For A Dream". The four addicts in this film - Sara Goldfarb (Ellen Burstyn), her son Harry (Jared Leto), his best friend Tyrone (Marlon Wayans), and his girlfriend Marion (Jennifer Connelly) - all experience different reactions to the drugs they're addicted to.

Sara is tricked by scammers into believing she is going to be a contestant on a TV show. She desperately wants to fit in her old dress to wear on the show. She starts taking diet pills to help her loose weight, which she then becomes addicted to. Harry and Tyrone are trying to become drug slingers, making lots of profit during the summer. However, when Tyrone is arrested during the winter after a shootout against two rival gangs, they loose almost all of their money on bail. Marion is a disgrace from her family, and goes on routine dates with her perverted psychiatrist to not get him to tell her parents. She spends most of her time getting high with Harry.

There is a little window of happiness the characters enter when they get high. Everything is perfect in this world. Shortly after though, they then come back to reality, hitting back hard. This gives them cause to get high again and again, until they're getting high multiple times a day.

This film is absolutely terrifying. We see the glorious use of drugs at first, before it takes a turn and everything goes completely wrong. I caught myself clenching my fists multiple times in fright and my heart rate increasing. This is a slow burn film, but the effects of bad trips are shown throughout.

The actors are excellent in this film, especially Burstyn. In the most terrifying scene of the film (and perhaps one of the most terrifying scenes ever in a drama film), Sara is watching the TV like always when the charming host (played by Christopher McDonald) invites her up on stage. She then watches as a skinnier and younger version of herself takes the stage, looking happier than ever. She then disappears and a creepy version of herself appears in Sara's living room. The host then joins her, with the entire audience following. They laugh at her and make fun of her, while the crew of the game show takes apart her room. My heart was pounding out of my chest and I was breaking out into a sweat watching this film. Aronofsky makes this scene so horrifying and claustrophobic that you feel like there is no escape. Burstyn is excellent in this scene, providing the right amount of fear and craziness to show off her range in acting.

This film perfectly showcases the horrible effects of drugs. It shows the downward spiral of our characters, and shows how there is no happy ending when abusing drugs. Kids are shown educational videos in schools to prevent drug use. If you really want to prevent drug use, show them this film. I'm almost 100% positive none of them will try drugs after watching it.