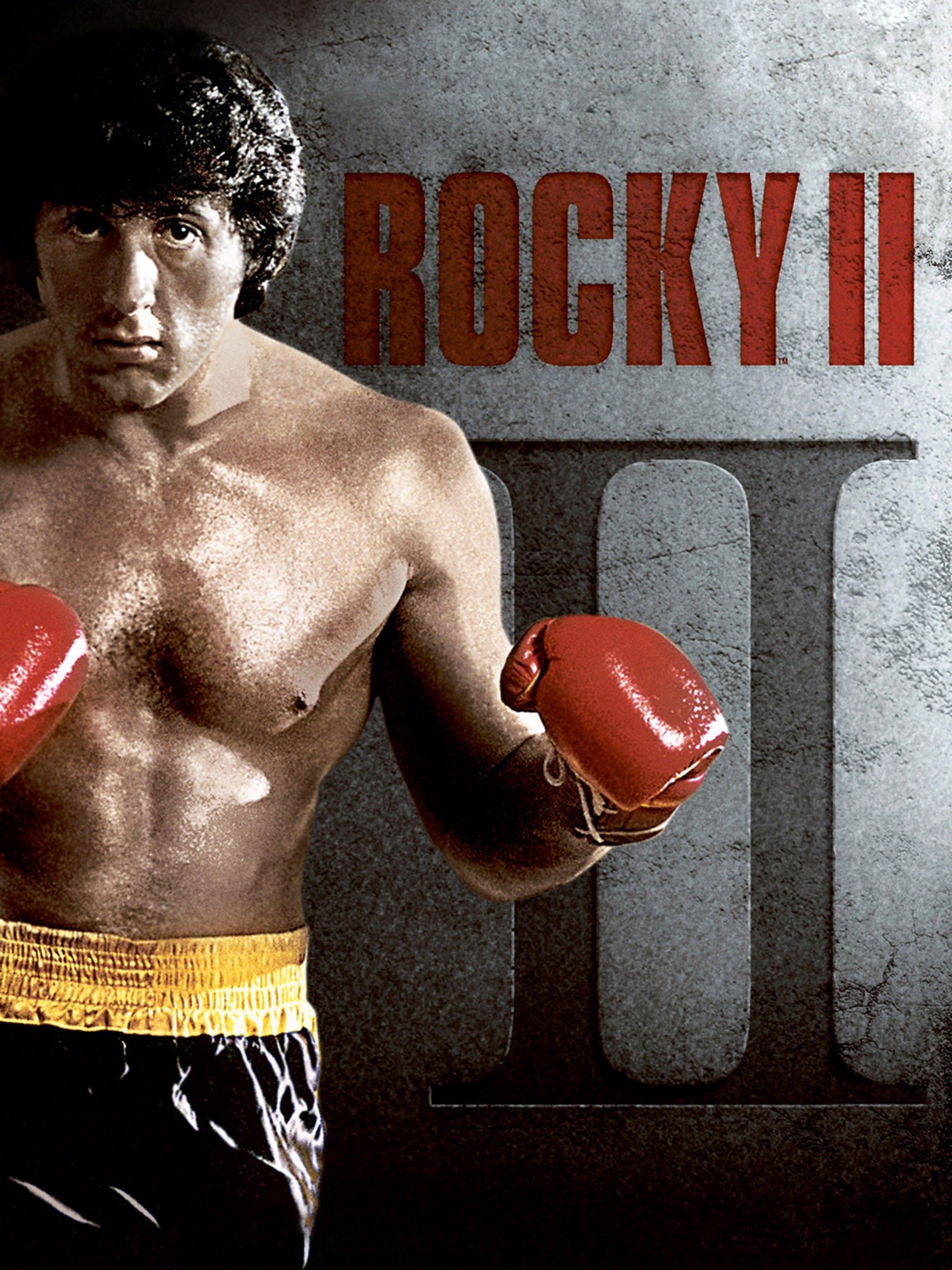 Rocky Balboa (created and portrayed by the great Sylvester Stallone) loses against Apollo Creed (Carl Weathers) at the end of "Rocky". Rocky then retires soon after, which upsets Creed as he wants a rematch to try to successfully knock out the Italian Stallion.

Rocky and his wife Adrian (Talia Shire) are facing financial troubles after the fight. Rocky encourages her to go out and spend all their money on shiny, expensive things they don't necessarily need. He is left to work low-paying jobs to try and make ends meet. It doesn't help their case either that Adrian is pregnant and ready to pop at any moment.

He agrees to return to the ring to face off against Apollo one more time. The two heavyweights start training more vigorously, hellbent on wanting to beat their opponent for the title.

While starring as the titular character, Stallone also wrote and directed this sequel to his smash hit. He is excellent as Rocky. You fall in love with the Italian goofball who can't pronounce certain words correctly. This is evident when he tries to read the cue cards for a commercial he's shooting, but fails miserably. It's a hilarious scene, but you also feel bad for poor Rocky when he gets chastised by the rude director.

This film does contain a lot of comedy, thanks to Rocky. He doesn't try to be funny, but he is. You let out a laugh every time he drops such subtle humor. Look at the scene where he goes to the church to ask the priest to pray for him before the fight. When the priest agrees, Rocky thanks him and says, "I'll see you in church... I hope!" This is great writing by Stallone, who has also presented this dry humor himself during interviews.

The huge boxing match at the end of the film is incredible. We watch these two rivals go toe to toe; not holding back and taunting each other while in the ring. Everyone is rooting for Rocky, and it's so easy to hate Apollo based on his attitude towards Rocky. The film ends with one of the most memorable lines in the entire franchise, "Yo Adrian, I did it!" You get goosebumps every time.