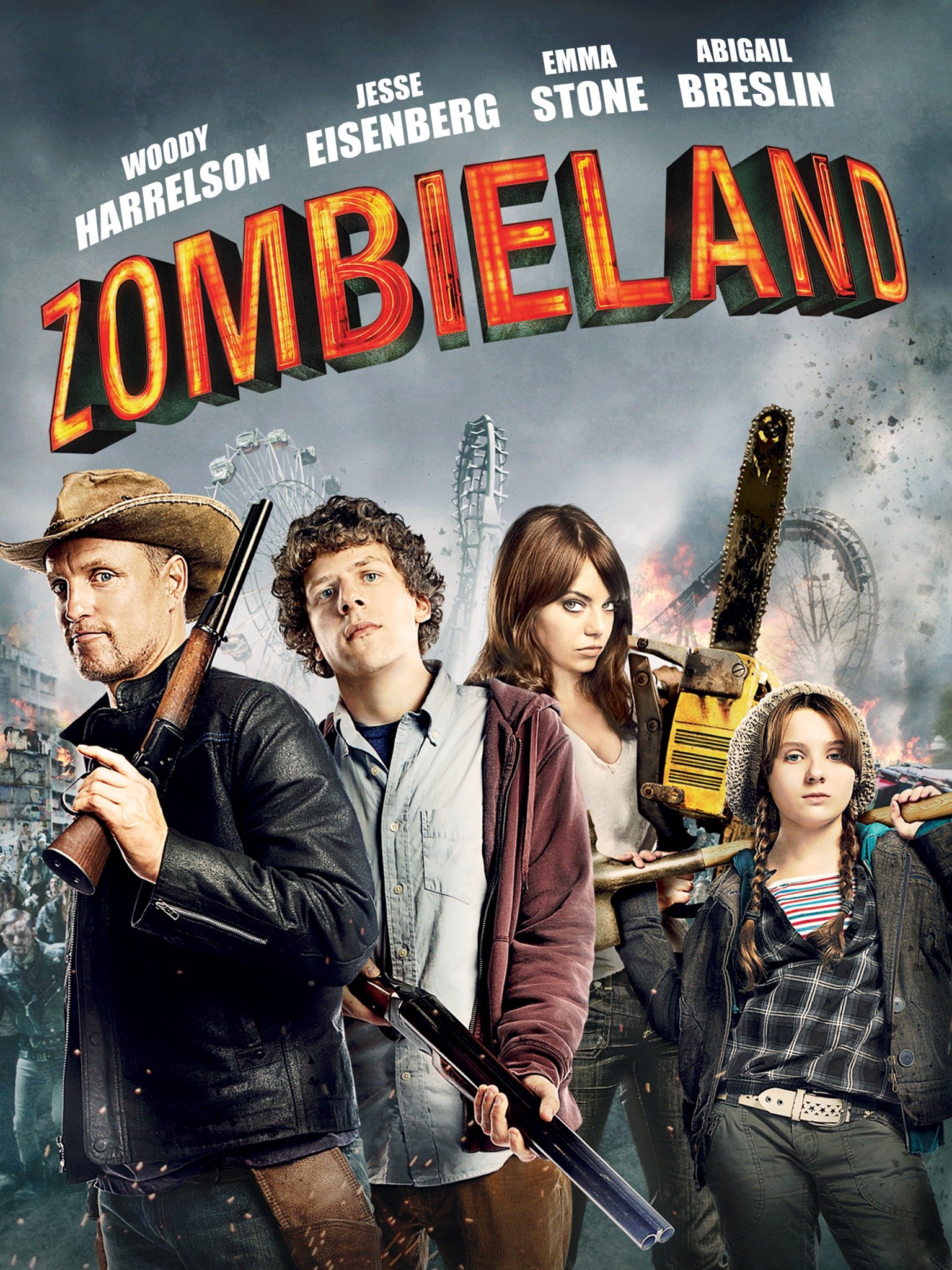 In today's society, zombies just aren't scary anymore. They're more hilarious than they are scary. Films and shows like "The Walking Dead" try to put the fear of zombies back into us, but it's too far gone thanks to films like "Shaun of the Dead" and Ruben Fleischer's 2009 film "Zombieland".

Jesse Eisenberg's Columbus is a loner. He said he avoided almost everyone, even when they were still alive. He admits to missing other humans. He crosses paths with a man known as Tallahassee (Woody Harrelson). They agree to embark on a journey together - Columbus to try and find his parents and Tallahassee to try and find the last known Twinkie.

They are then conned by two sisters, Wichita (Emma Stone) and Little Rock (Abigail Breslin). They soon reunite, and eventually begin to work together to try and get to an amusement park in L.A. which is reportedly zombie-free.

This film is so far out and over-the-top that it's hilarious. The graphic depictions of zombies killing the scared humans are so funny that you don't even feel bad for the human dying. Every time Tallahassee kills a zombie, he kills them in the most extreme way possible. Consider the scene where they go to the grocery store to look for the Twinkie. He uses a series of weapons to kill zombies in such horrible, gratuitous ways. But it works. I don't think the humor would've gotten across if they had toned down the violence.

Even the subtle jokes work. Keep an eye out throughout the film for written rules that pop up out of nowhere. Whenever a character follows or doesn't follow a rule in Columbus's book on how to survive the zombie apocalypse, Fleischer incorporates a way to showcase off that rule. Sometimes the writing is in big, bold letters, while other times it's hard to find without looking for it. It's something you don't see too much in comedy films, and I throughly enjoyed it every time.

Bill Murray has one of the best cameos ever in this film. When the gang breaks into his Beverly Hills mansion to stay the night, they find a zombified version of the actor coming after them. Wichita proceeds to attack Murray with a golf club, which prompts him to scream out in pain. It turns out Murray is still alive, and disguises himself as a zombie to fit in with the outside crowds. Who would've suspected something like that?! It's so hilarious and shocking that you're not sure how to react when watching it. They then proceed to do drugs together and hang out, until poor Columbus shoots Murray in the chest when they try to play a prank on him. This whole segment in Murray's house is the undoubtedly the best part of the film.

Columbus spends the entire film on the search for his family, when he realizes he made a new one. Zombieland may last forever, and they may never be safe, but they have each other. And isn't that all that matters in an apocalypse?