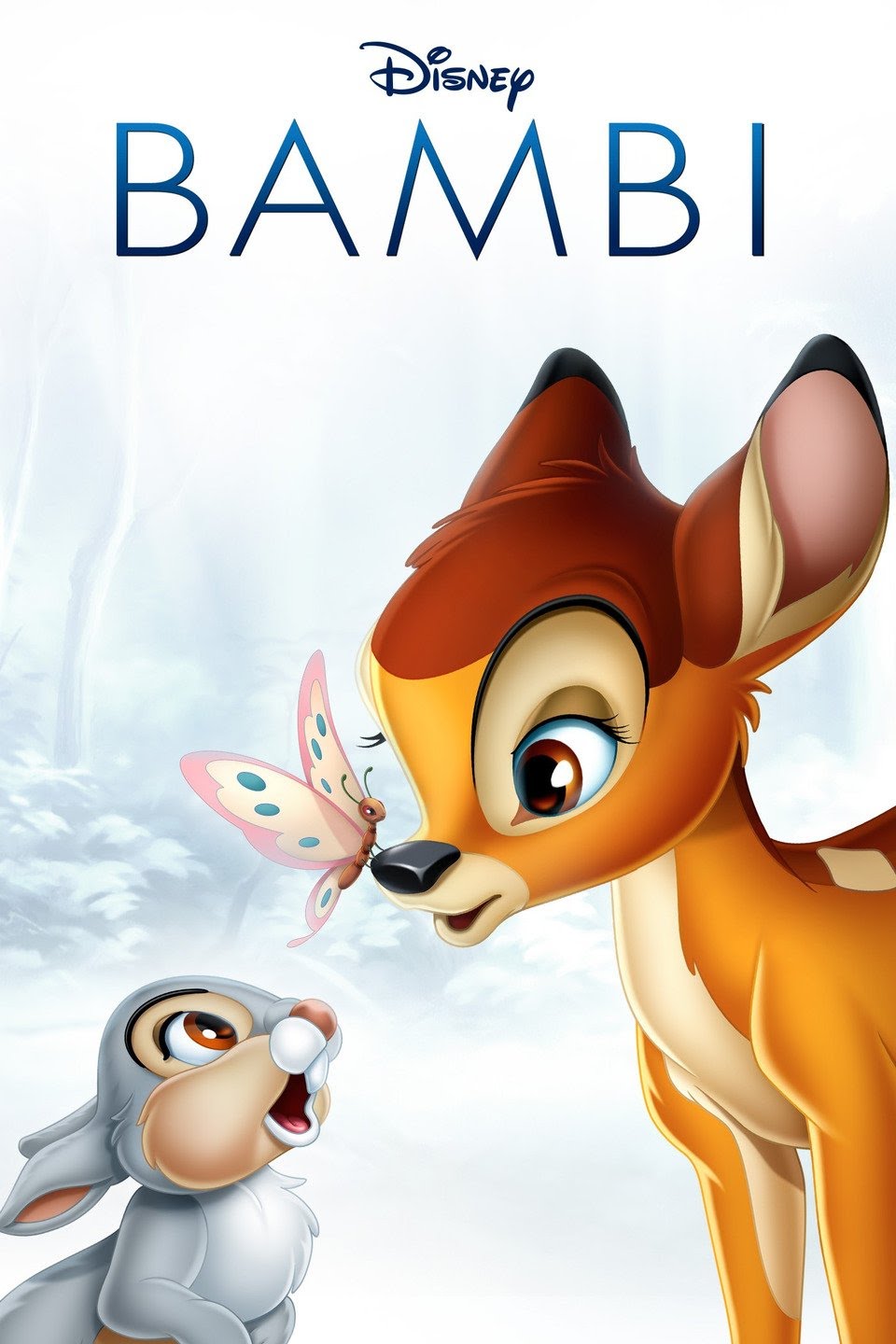 Disney's 1942 film "Bambi" is absolutely beautiful. The first shot of the film has us scourging the forest, and it looks as if we have entered a painting. We keep going deeper and deeper into the forest, and start meeting the different animals present in the ecosystem. It's a big day for all the animals as the new prince of the forest is being born.

This film is certainly one of the darkest films Disney has put out. One of the saddest moments in Disney history is Bambi's mother being shot and killed. Even though it is entirely offscreen, it is unexpected (for first time viewers) and very traumatizing as we now see the young fawn lost and scared without his mother.

While there are many dark elements present in the film, there is also tons of humor and light-hearted fun. Thumper steals the picture by being so goofy and lovable. The scene where a girl rabbit kisses Thumper for the first time is definitely the most memorable scene in the entire film. The good-nature friendship between Bambi and the other forest creatures is also very nice to watch as we have sequences of them playing and interacting with one another.

My absolute favorite scene in the entire film is when Bambi and Faline are prancing in the forest at night, accompanied by the song, "Looking for Romance (I Bring You a Song)". The entire sequence is just incredibly beautiful and you fall in love with the animation. This is one of those scenes where the song really amplifies how a scene makes you feel. The dreary voice of Donald Novis, accompanied by the choir and chilling woman's voice, makes you feel like you're falling in love. Yet it is extremely haunting at the same time. This song is a perfect representation of this film, as you fall in love with the setting and characters, which are surrounded by tragedy and horror.

There are parts that do seem incredibly slow and not important to the plot, but the beauty of the animation makes up for it. The film just seems a tad too long, even though it's only 70 minutes long.

Throughout this film, we grieve, we laugh, but most importantly, we are in amazement when watching Bambi's reactions to things as a child. We marvel at his introduction to the April showers, to the first snow, to thunderstorms, to the hunters. It's crazy and extremely uncomfortable to think how one second can change someone's life for forever. When that hunter pulled the trigger, Bambi's life changed forever. We witnessed the loss of innocence in a young child, and it's something you can't ever forget.