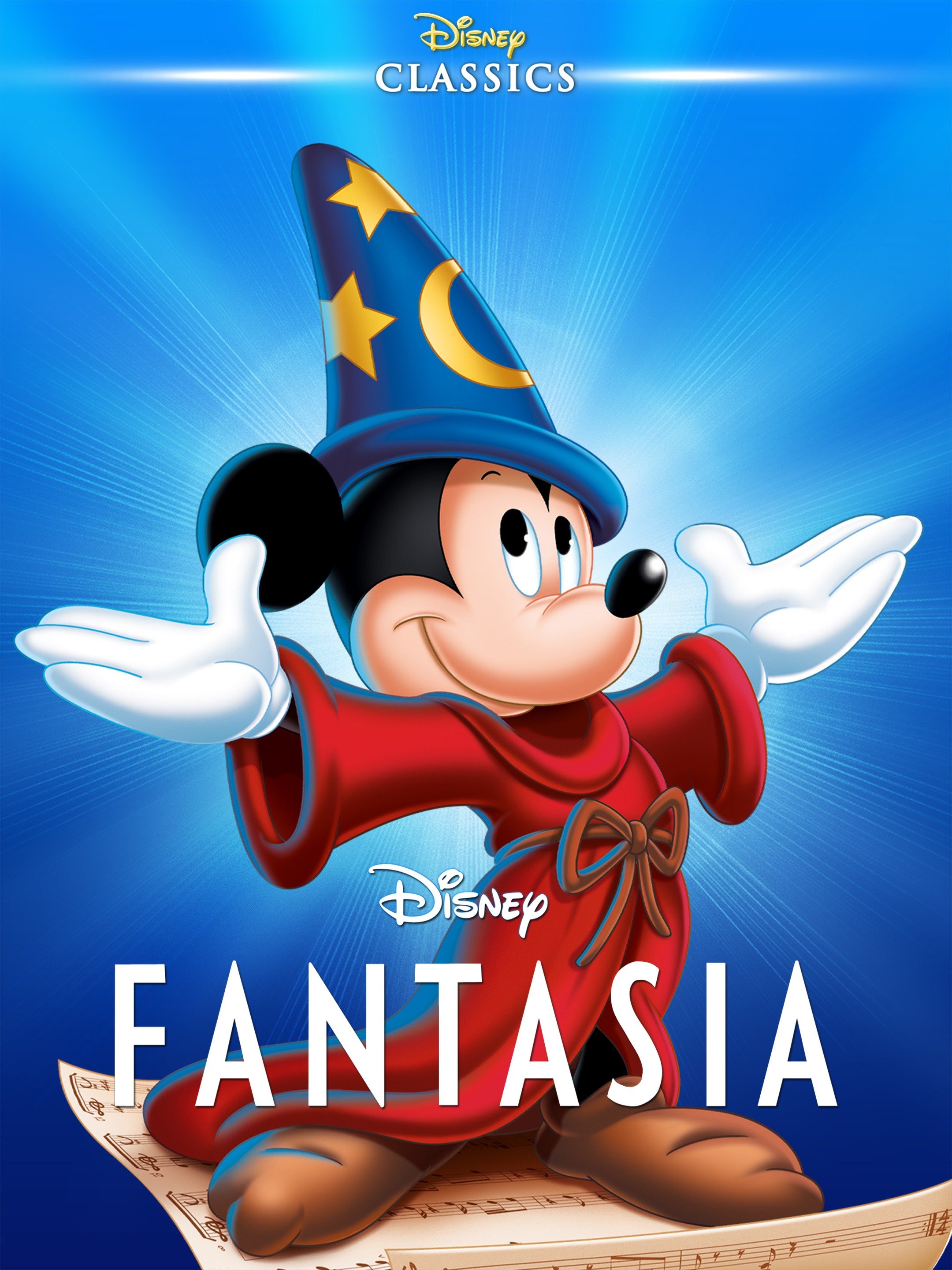 Walt Disney's "Fantasia" is one of the most beautiful film ever made. The animation is ahead of its time, having been released in 1940. I find it captivating how Disney, his animators, and the orchestra can hold the audience's attention so well for the entire two hour runtime using just animation and music.

Walt Disney received critical and commercial success with his first animated feature, "Snow White and the Seven Dwarfs". Some film critics have claimed it is the greatest film ever made. With this newfound critical fame, he wanted to embark on a new, creative journey that's never been seen before.

Using classical scores, "The Nutcracker Suite" for example, the Disney animators got to work to create such simple yet complex stories that are designed so well to accompany the music scores. The animation moves at the same time the music does, following all of the rises and falls.

One of the most famous animated movie moments comes from this film, which is the "Sorcerer's Apprentice" segment featuring Mickey Mouse. It is such a great little story about a mouse wanting to prove his worth to his magical master. It's crazy to think that something so sophisticated and drawn so well was made in the 40's.

Another incredible thing this film does is letting the audience distinguish where each piece of sound is coming from. We are able to clearly hear each and every distinct instrument rather than the entire orchestra at once. We can tell which side of the screen the music is coming from, which helps create the atmosphere for the short tales the animators are telling.

This film is more of an exercise in style rather than a film telling a comprehensible story. The animators discovered new ways of animating certain figures and backgrounds. They would then use these newfound ways and techniques to help animate every Disney film that came after this one. In today's society, animation is done on the computers rather than hand-drawn. Yet, without the new discoveries that "Fantasia" brought, animation may be totally different and not as sophisticated as it is now.