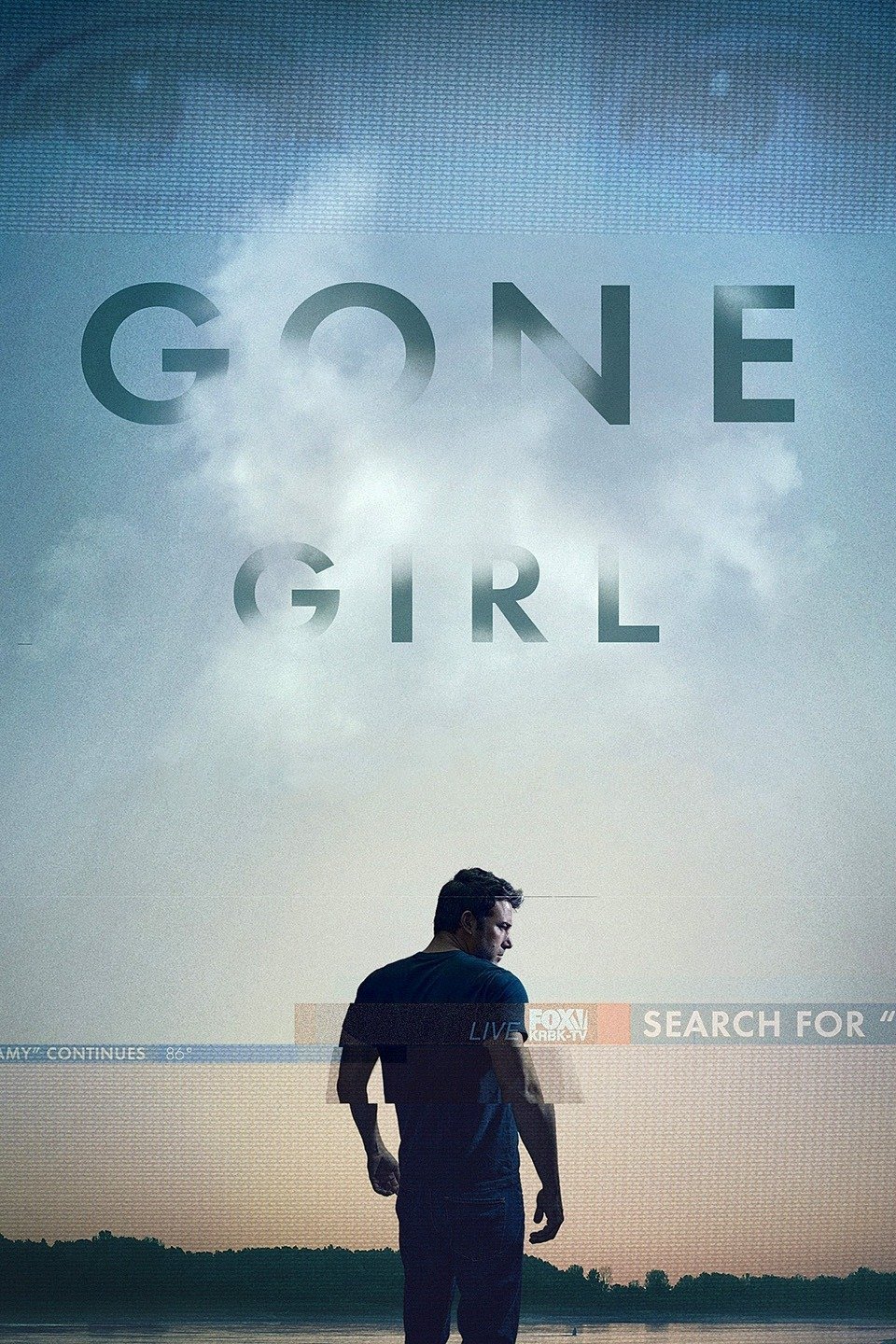 "Gone Girl", adapted from the book by Gillian Flynn (who also wrote the screenplay), is one of the best thriller films I've ever seen. It's incredibly dark and twisted; Amy Dunne (Rosamund Pike) is one of the most horrible villains in a thriller like this.

Nick (Ben Affleck) and Amy Dunne are a married couple who aren't really happy with where their marriage is at. Nick wants to get a divorce, and run off with his college student, Andie (Emily Ratajowski), who he's been having an affair with. All of this changes however when Amy suddenly goes missing. The police and Nick search everywhere for her, but can't understand what happened to his wife. Both Nick and his sister, Go (Carrie Coon), are plagued by very incriminating evidence towards Nick, with the police right on their trail.

You start the film off by feeling bad for her. The first half of the film explores Nick's POV and we get little snippets of Amy writing in her journal. If we just take what we know from Amy's diary, Nick is a horrible husband. He cheated on her, abuses her, borderline rapes her, yet she stays with him.

Then, when we enter the second half of the film, we find out that everything Amy portrays about herself and Nick is a lie. She made a fictionalized character of herself, kind of like how her parents market her childhood with the "Amazing Amy" book series.

Amy is absolutely crazy, and Pike gives the best performance of her career so far. She is so lovely and makes you want to fall in love with her. Then, we see how crazy she is and we rethink our opinion on her. Yet, even though we know how crazy evil she is, we still can't help but fall for her.

Director David Fincher helps Flynn bring her novel to life, and he does such a good job at it. When watching this film, everything I imagined from reading the book was in the film. The dialogue is great and the characters really capture the chemistry that is present in the book.

One grievance I have with this film is the hunt for Amy was resolved incredibly fast, and then the epilogue dragged too much. Granted, you can't blame the film for this since this was how the book was written. We don't even get the Desi death scene in the book, so I was happy to see them include it into the film; it was definitely one of the darkest and best scenes of the film. Some scenes were added into the film that weren't in the book that surprisingly worked. I feel as if these scenes really captured the evilness of Amy and made her worse than how she was in the book.