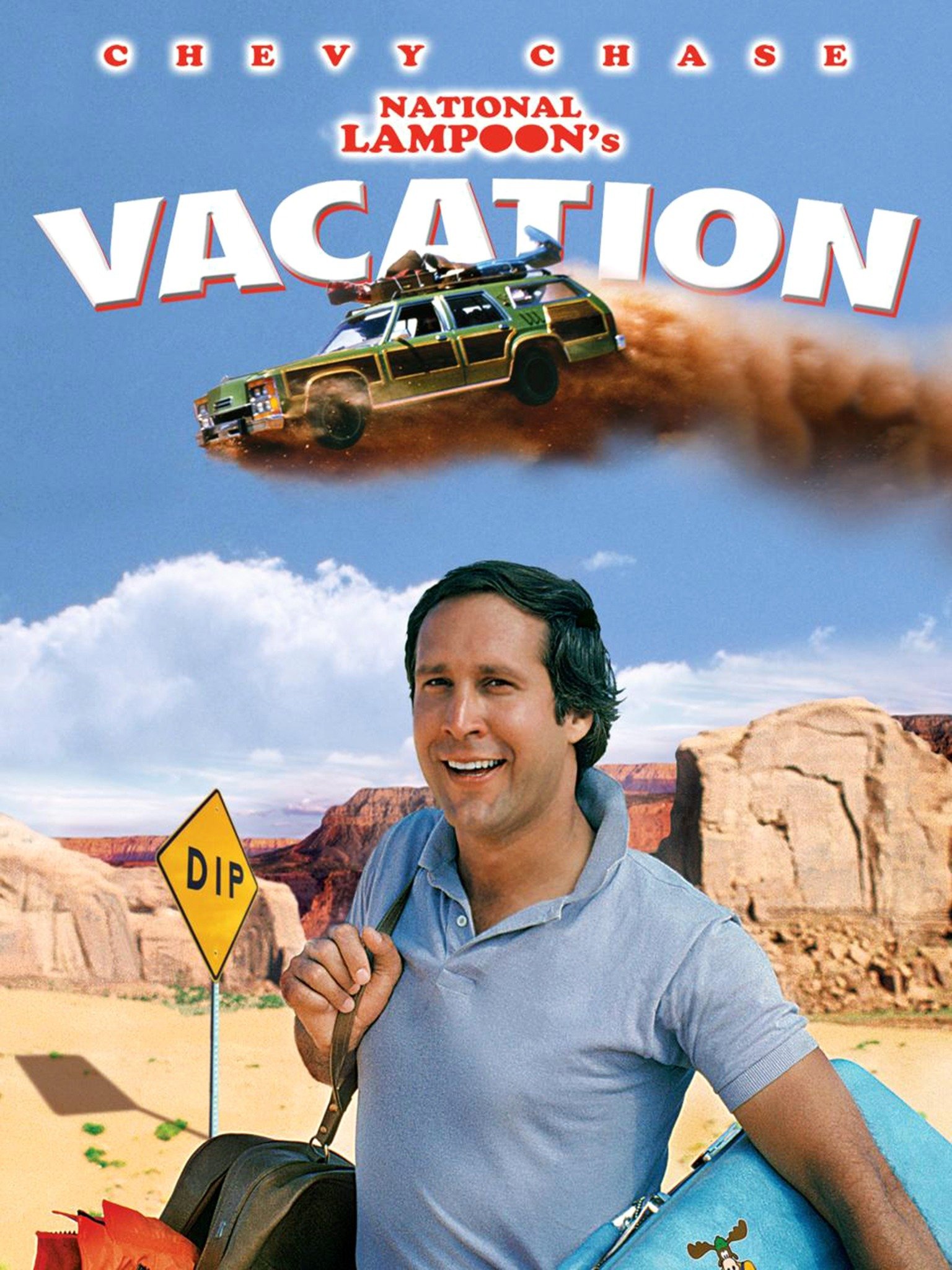 Before he became the extremely famous writer and director, John Hughes was a writer at the Satirical magazine, "The Harvard Lampoon". It eventually went on to change its name to "National Lampoon" when the publication started selling nationwide. While on the writing staff, Hughes wrote a story called "Vacation '58", that detailed a hilarious series of events that happened when him and his family went across the nation on a family vacation. A few years later, Hughes would go on to write a film based on that short story, which is the classic comedy, "National Lampoon's Vacation".

Clark Griswold (Chevy Chase) is a goofy and lovable family man. He doesn't feel like he's spending enough time with his family (Beverly D'Angelo, Anthony Michael Hall, and Dana Barron), prompting him to make a whole cross-country vacation to WallyWorld in California; a rip off of theme parks such as Disneyland and Six Flags. Along the way, they encounter gangs, their hillbilly, incestuous relatives, and more which leads to absolute mayhem.

This film is hilarious in every sense. Before this, there hasn't really been a film that documents a family traveling on vacation. We usually see the family at their vacation destination, not the journey to it. This film revolves all around the journey, and we only see the destination during the last 15 minutes of the film.

Chase is the best thing about this film. His stupidity and lack of common sense is the basis of most of the jokes in the film. Let's take the scene where they are getting gas for the first time in the new car. He has no clue where the gas tank is, so he goes around the whole car looking for it. Not only can he not find it, but he even manages to get his leg wrapped around the gas pump hose. He then sees the woman next to him lift her license plate up to reveal the gas tank. He decides to try it, and ends up ripping off the license plate and flings it so it hits the woman's car.

The funny thing about it when he does idiotic things like this is that he acts all calm, cool, and collected afterwards. Let's also take the scene where he falls asleep at the wheel, and starts crashing into everything. It is one of the funniest moments of the film. He wakes up suddenly, and tries to control the vehicle unsuccessfully. They somehow park perfectly into a hotel parking lot, and he responds to his sleeping family in the car that they're at the hotel right on time. It's so stupid it's funny.

I absolutely love the ending. Clark finally snaps, and blows up at his family, cursing at all of them. He then decides they're going to make it to WallyWorld, no matter what. Everything is happy and better now between the family, and they're finally going on a good vacation! They get to WallyWorld and discover that there's no one there and the park will be closed for two weeks! Clark goes berserk, and buys a BB gun to threaten the park police officer (played by John Candy) into letting them ride all the rides. It's so ridiculous, but it shows great character development. Our main character, who is so happy and ditsy throughout the whole film, has finally snapped and has gone to the extremes to get what he wants.

There are four more movies to come in this series of films, with Hughes' "Christmas Vacation" being the most famous and beloved. This film, the first in the series, is such a great start to not only Hughes' career, but to a hilarious and great comedy series.