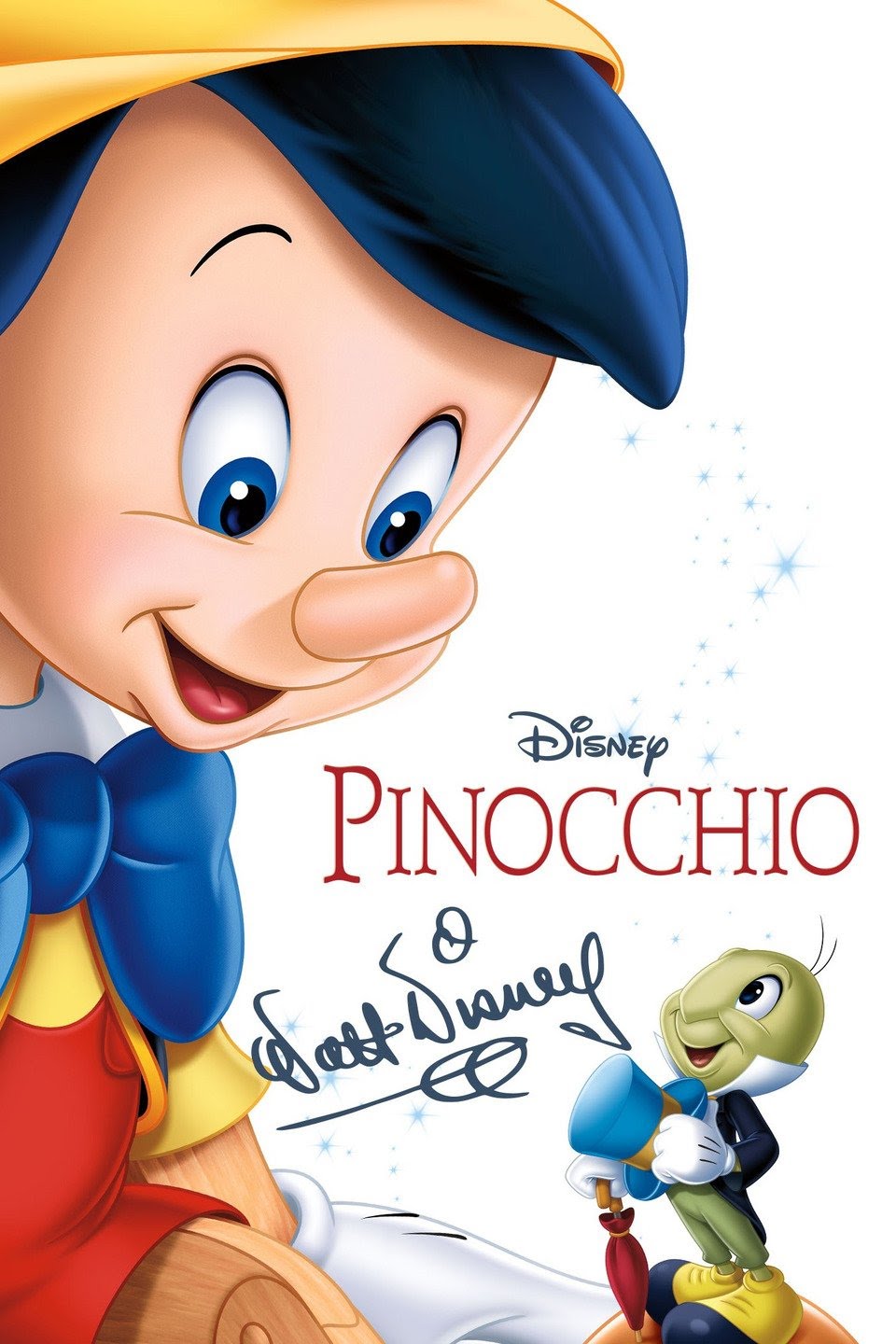 Walt Disney's second full-length animated feature, "Pinocchio", is captivating and draws the audience into the story. Compared to his first film, "Snow White and the Seven Dwarfs", it's not as well recognized or remembered. Yet, the animation is far superior and the story packs more of a punch than "Snow White" did.

The story follows a puppet, named Pinocchio, who was brought to life by the Blue Fairy. Geppetto, the lonely wood carver, is ecstatic since he thinks he finally has a son and someone to keep him company. However, there's a catch - Pinocchio must show that he has what it takes to be a real boy before the Blue Fairy turns him into one. To help Pinocchio, she assigns him a conscience named Jiminy Cricket. Together, the wooden boy and cricket go on many wacky adventures, trying to get themselves out of trouble.

This story is so complex and so many things happen in its hour and a half runtime. Many people consider Monstro to be the main villain of the story, even though he has no hostility towards Pinocchio or Geppetto. He is just a whale doing what whales do. I would say the main bad guys are The Coachman, Stromboli, and the duo of Honest John and Gideon; yet we don't hear about them much surprisingly.

The narrative is more complex and takes a hold of the audience more than "Snow White" does. Sure, the story of Snow White and the dwarfs are fun too watch, but there really ins't a story besides the Evil Queen trying to poison the helpless princess. Most is watching the heroes interact with one another. However, in Pinocchio, we are led on this whole adventure surrounding this walking and talking puppet. We watch as he is persuaded by the two foxes to join Stromboli's gang as an actor, then he is taken to Pleasure Island, and so on.

The animation is great and a major step-up compared to the animation from "Snow White" three years earlier. For example, let's take the scene where Pinocchio and Jiminy are under water looking for Monstro. The animators draw it with such precision and skill that it makes us feel like we're under water with our characters. It's beautiful watching some of the segments present in the film based solely on the animation.

The message behind this film is really uplifting and powerful. We learn that lying is never okay, and that you have to be true to your heart. These are conveyed with help to the Blue Fairy, who basically serves as the guide to both Pinocchio and Jiminy. She helps lead them on the right path to make Pinocchio and Geppetto's wish come true.

One of the most wonderful and powerful songs in Disney history, "When You Wish Upon A Star" is performed in this film. It makes you feel like a little kid again everytime you listen to this song in the film.