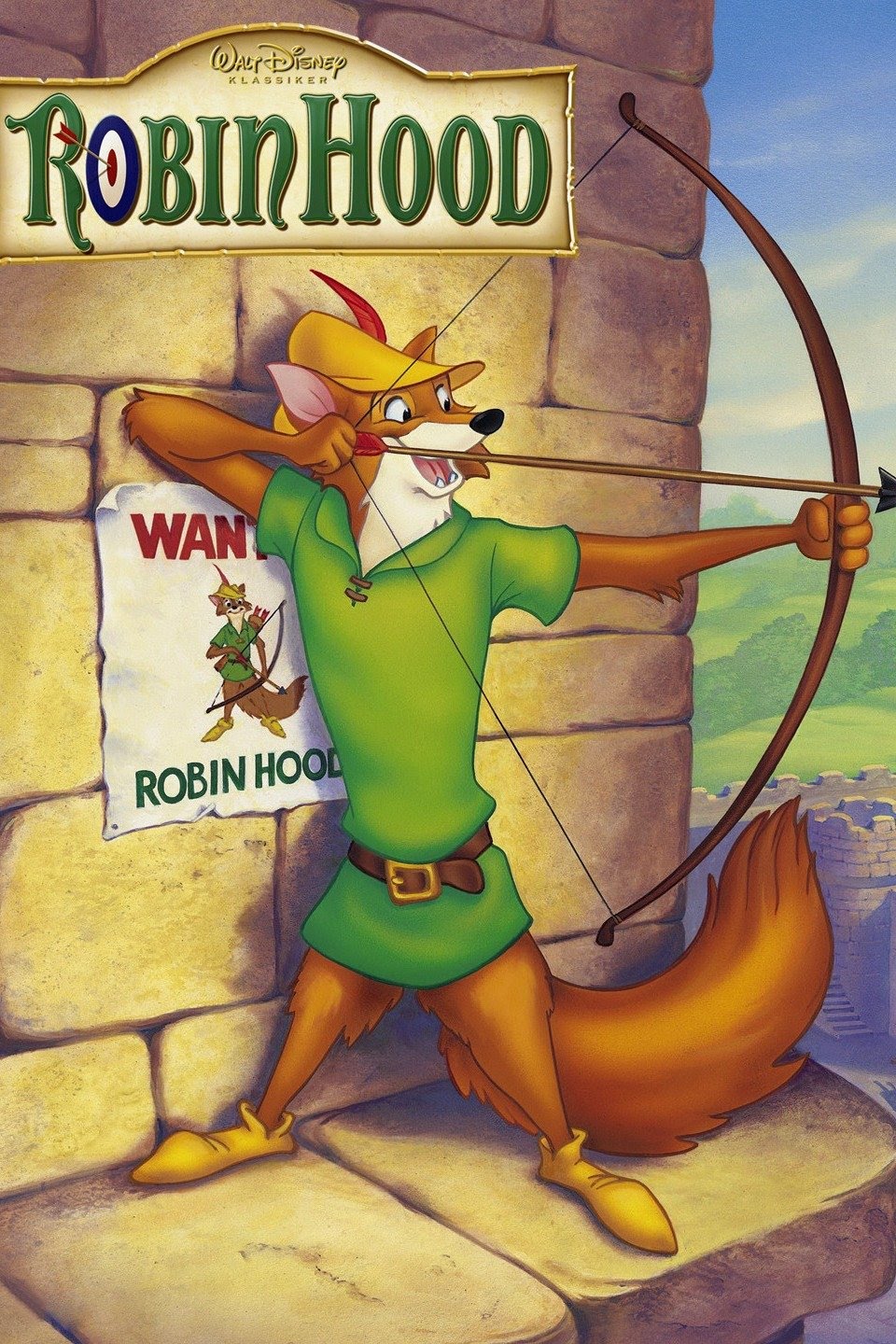 Robin Hood has had his story told through many different films. Some have been comedic; some have been dark and serious; and then we have Disney's version, which turns all of the classic characters into animals.

I thoroughly enjoyed watching this take on the classic tale. I thought it was interesting to see how Disney took these characters and gave them animal-like qualities. I also loved the humor that was added to this film. For example, take almost all of the scenes with Prince John and Sir Hiss. Their dynamic and chemistry is just stellar and they're always hilarious.

One of my favorite scenes of the film is where Robin Hood and Little John dress as gypsies and attempt to rob Prince John's stagecoach. They succeed, and it's absolutely hilarious watching Prince John fall for it. He tries to quiet Sir Hiss, even though he is trying to tell John that they're not trustworthy. This is probably the funniest interaction between the two villains, and sets the tone for the rest of the movie.

However, this is a film that doesn't feel like the other Disney films. This is present throughout a lot of the films made during this time. This is the period where the Disney animators and storytellers didn't know which films to make and how to further the innovations in animation since they felt lost without their leader, Walt Disney. Disney had died five years previous to this film being released. There's also bits in this film that just seem incredibly drawn out, and we don't know where they're heading.

The animation from this film has been recycled from various other Disney films such as "Snow White and the Seven Dwarfs" and "Jungle Book". Maid Marion's dance is awfully similar to that of Snow White. The film also features a lot of the same plot devices and similar scenes as earlier Disney films.

With all of the negative out of the way, this is still a very fun film to watch. I personally enjoyed how they made this film incredibly light and not as dark as the other Robin Hood films that have been released. I feel as if this movie receives too much hate and is extremely underrated. Hopefully, with it being on Disney's streaming service "Disney+", it will get the attention and praise it deserves.