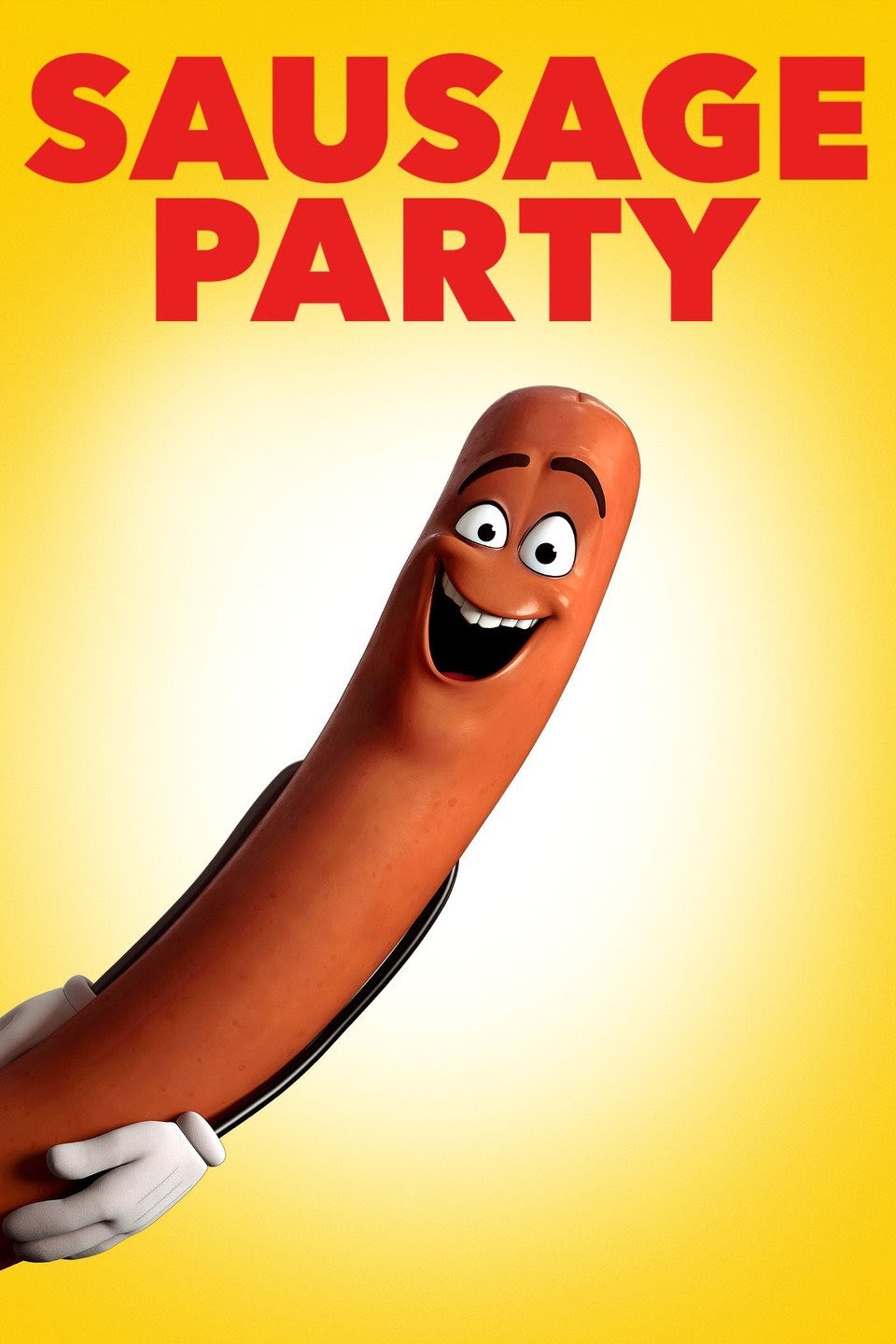 "Sausage Party" is definitely one of the oddest comedies I've ever seen, but in a good way. I'm not sure how Seth Rogen, Jonah Hill, and Evan Goldberg came up with the idea for this film, but I'm certainly happy they did. Who would've thought that a movie about a talking hot-dog with references to religion and sexuality would actually work and be funny?

It's the Fourth of July, and the produce in a supermarket is ecstatic. They believe in a higher force, where the humans are the gods and they are going to go to paradise when purchased. Our two main characters, Frank (Seth Rogen) and Brenda (Kristen Wiig) are dating, and want to be purchased so they can be together sexually. When a food item returns with horrifying stories of what he's seen, everything is thrown into chaos as friends and lovers are split up, trying to find their way back to each other.

From the first 20 minutes of the film, I wasn't sure where this film was heading. I wasn't enjoying it too much. But then, the writers turn this film upside down, and provide such a hilarious film. My personal favorite scene is where the food items get purchased and taken home with a woman character. They believe they are about to enter a paradise when all of the sudden, the woman starts "murdering" them. The reactions on all the food's faces is absolutely hilarious, and the dialogue is excellent. It's definitely one of the greatest animated sequences in adult animation.

Surprisingly, there is social commentary in this adult comedy film about talking food. There is commentary on religion, and the fighting that goes on between various different religions in today's society. They also explore many themes present in various religions, and how different people view these messages and events.

One of my favorite character arcs is that of Barry (Michael Cera), who is a deformed hot-dog that is trying to find his way back home to the supermarket. It's absolutely hilarious when he meets the stoner teen (played by James Franco) and the hijinks they get themselves caught in.

I'm not going to spoil the film, but the ending is one of the oddest and most awkward scenes in any film I've ever seen. I'm not really sure what to make of it, but it's definitely far out there. It's so shocking that all you can do is let out an awkward laugh or two, and then watch as they finish the film. It's such a good film as it can press the boundaries of what they're allowed to show on the screen, while also entertaining the audience and making them laugh.