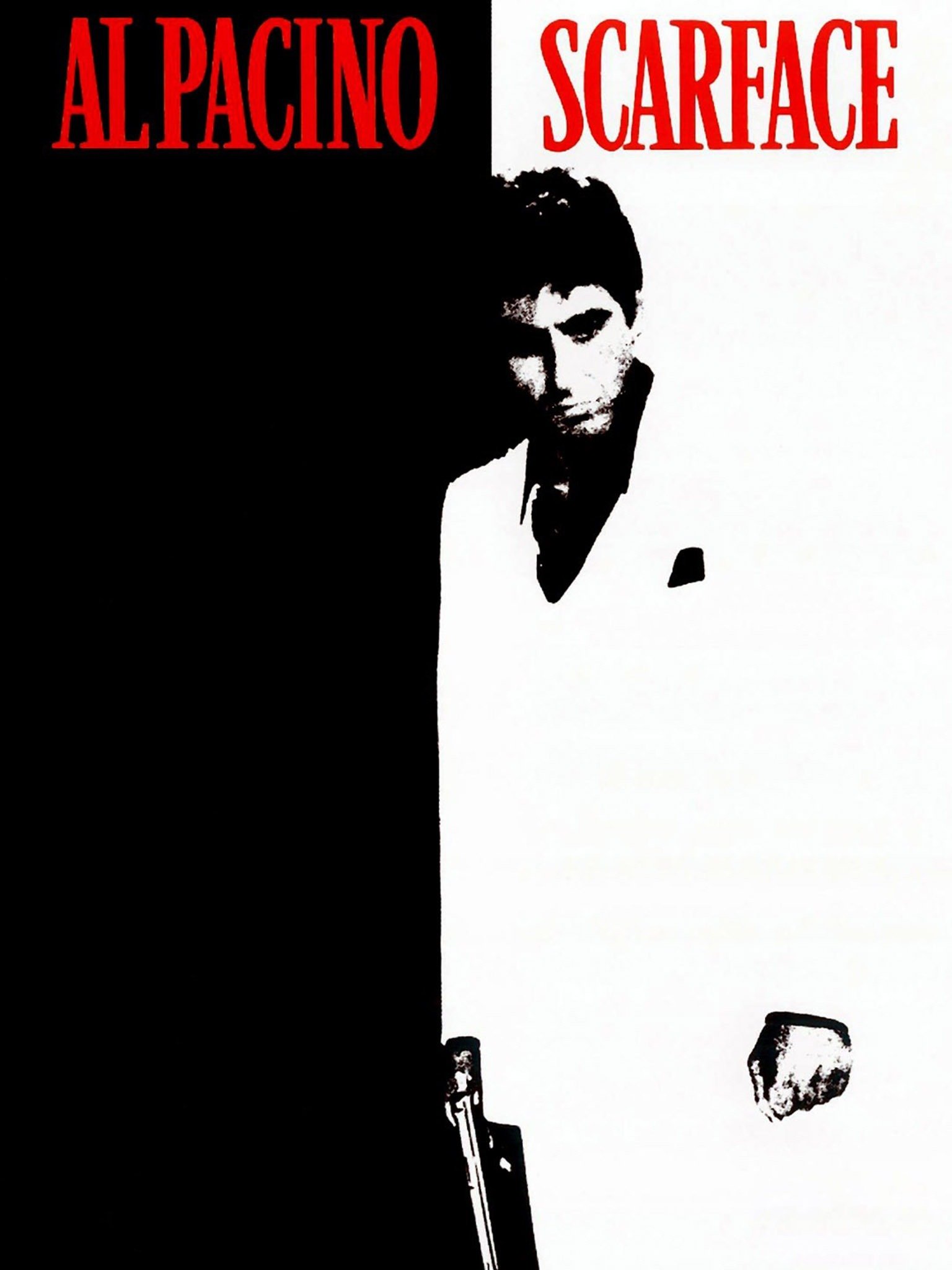 In my opinion, Brian De Palma's 1983 film "Scarface" contains Al Pacino's best performance. Pacino is excellent in anything he's in, but there's something about the attitude and accent that Pacino gives off in this film that is so amazing. Even though Tony Montana is not a good guy, Pacino portrays him in such a way that you root for him the entire film.

Tony is a Cuban refugee who moves to America with plans to escape Fidel Castro. He succeeds, and him and his friend Manny (Steven Bauer) are approached with a job - delivering cocaine to the buyer for $5,000. They accept, but things don't go to plan as the Columbians have other things in store. Tony and Manny manage to escape, and give the buyer, Frank Lopez (Robert Loggia), the cocaine and his money back. They strike up a business relationship, and Tony begins falling for Frank's wife, Elvira (Michelle Pfeiffer).

This film is just absolutely amazing, and one of the best crime films of all time. You are drawn into this story that takes place in Miami, and you are on the edge of your seat throughout the almost three hour runtime. The film was written by Oliver Stone, and he does an excellent job at telling this story of a man who rises to the top, and eventually loses everything. Stone has a knack at making great films with hard drugs and graphic violence, and it certainly shows throughout this film.

Pacino gets the chance to explore the mob boss personality that is vastly different from the character he played in the "Godfather" trilogy, Michael Corleone. Corleone is more reserved and timid at first, before fully assuming the role as the boss. He plans things out, and is strategic on how he acts against anyone. However, Tony Montana is reckless, impulsive, and hot tempered.

In a way, Tony Montana reflects De Palma in his style of filmmaking. De Palma is very over-the-top, expansive, extremely passionate; just like Montana. This film wouldn't have worked if it was a more slow-moving film like "The Godfather" was. That's just not the type of character Tony is. His story needed to be told in a very expressive and stylized film, and De Palma did just that.

The cinematography by John A. Alonzo is stellar, and does a fantastic job at conveying the tone in each and every scene. Let's look at the scene where Tony is alone in the nightclub after a fight with his sister. He is drunk, exhausted and feels defeated after catching his sister in the bathroom with a strange man. We close in on him, and it feels as if we're in his own little world. It doesn't matter what is going on around him. Then that bubble is busted as the camera moves to focus on two hitmen sitting at a table across from him, armed with guns. The entire sequence, which lasts a few minutes, is so claustrophobic and has you on the edge of your seat, scared of what's going to happen to Tony. It's so brilliantly shot and choreographed.