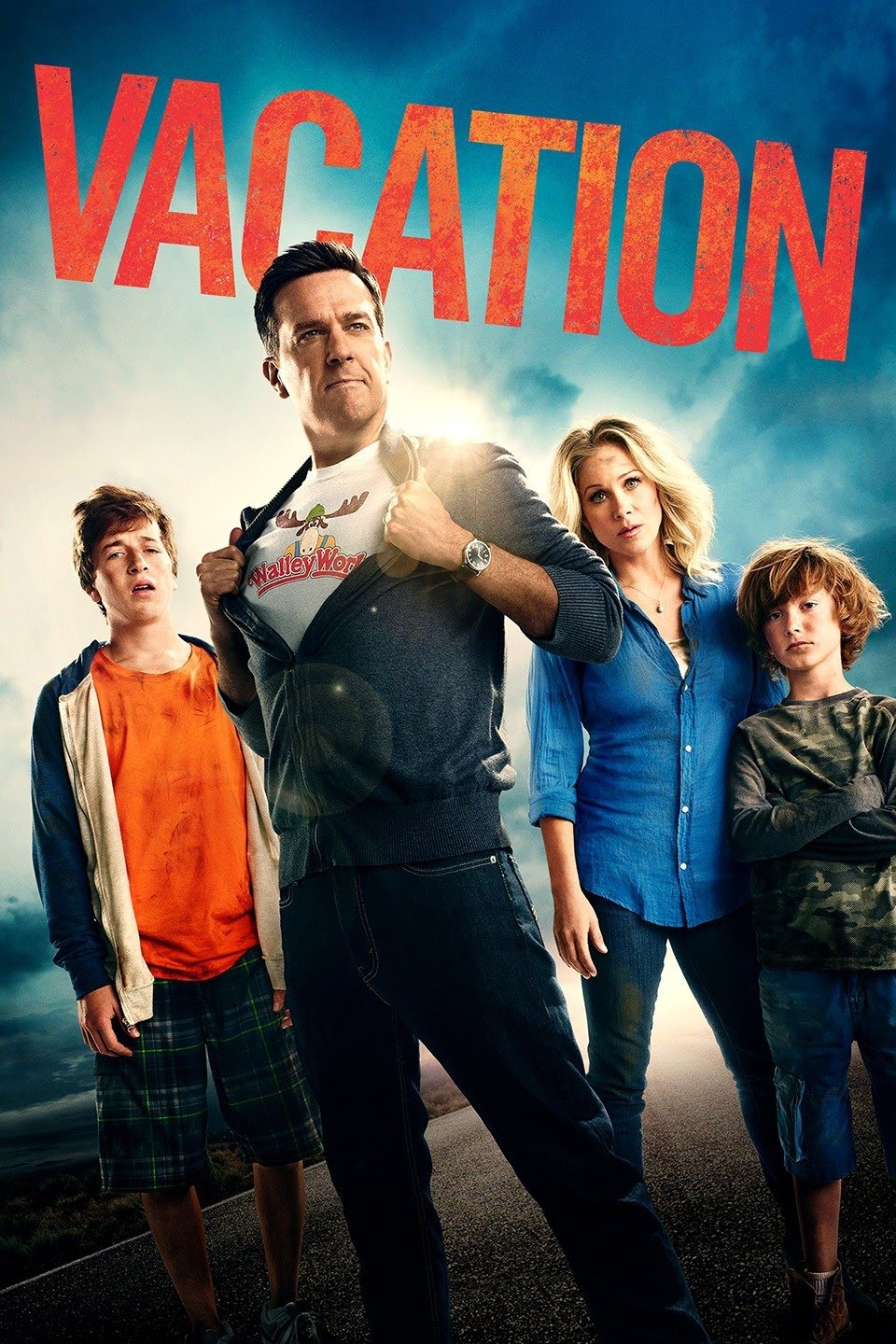 In 1983, Clark Griswold (played by the hilarious Chevy Chase) took his family on vacation to Wally World in California. This was no normal vacation however. Everything that could go wrong did, and it seemed like all hope was lost. But, they persevered and made it to Wally World, where they also threatened a security guard at gunpoint. Even though the vacation seemed horrible and didn't go to plan, it inspired his teenage son Rusty to take his own family on the same vacation thirty-two years later in "Vacation".

Ed Helms portrays the adult version of Rusty, who wants to bond and grow closer to his wife (Christina Applegate) and two sons (Skyler Gisondo and Steele Stebbins) while on vacation. His wife is extremely unhappy in their marriage, and the two sons fight relentlessly. Taking all of them on a car trip for two weeks isn't necessarily the brightest idea, but Rusty sure thinks so.

This movie is surprisingly hilarious. Compared to all of the remakes of classics that are being made today, this one actually works. The humor and characters are the same as the classic films, yet much more vulgar and sexual. To show how vulgar this one is compared to the classics with Chevy Chase, take a look at the scene where James (Gisondo) asks his dad what a "rim-job" is. I doubt very seriously a joke like that would've passed by the censors back then.

What I find is I enjoy the first Vacation film and this one the most. Why? If you look at all of the films, these are the only two films that show the journey for most of the runtime, instead of the destination. We already see lots of film and TV programs show their characters on a vacation destination, but we never see the journey. In my opinion, the journey that is present in these films are funnier and more enjoyable than the actual destination.

A problem I do have with this film is the Rusty character. In the previous films, he seemed smarter than his parents and was quite annoyed by them throughout the films, especially the European Vacation. Yet, in this film, he is as clueless as his dad is. I get it - the main character needs to be the goofy one in these films. However, it doesn't match up compared to the previous depictions of Rusty in the other films.

The cameo by both Chase and Beverly D'Angelo (who plays the mom Ellen in the previous films) was delightful and entertaining. Chase never lost the charm as Clark. We also see Audrey once again, but this time played by Leslie Mann. Chris Hemsworth plays Audrey's husband, Stone Crandall, who is absolutely hilarious in his short on-screen time. Two other notable mentions in this film are Charlie Day as the raft instructor at the Grand Canyon and Norman Reedus as the scary truck driver. The scenes during the raft ride are absolutely hilarious and crack me up every time because of Day's over-the-top performance.

This movie tries to reboot the franchise by copying the original film. It is goofy, dumb at times, but very enjoyable and smart as well. They use the same formula that the original Vacation followed, yet thanks to the new humor and great performances, it is almost as brilliant as the original.