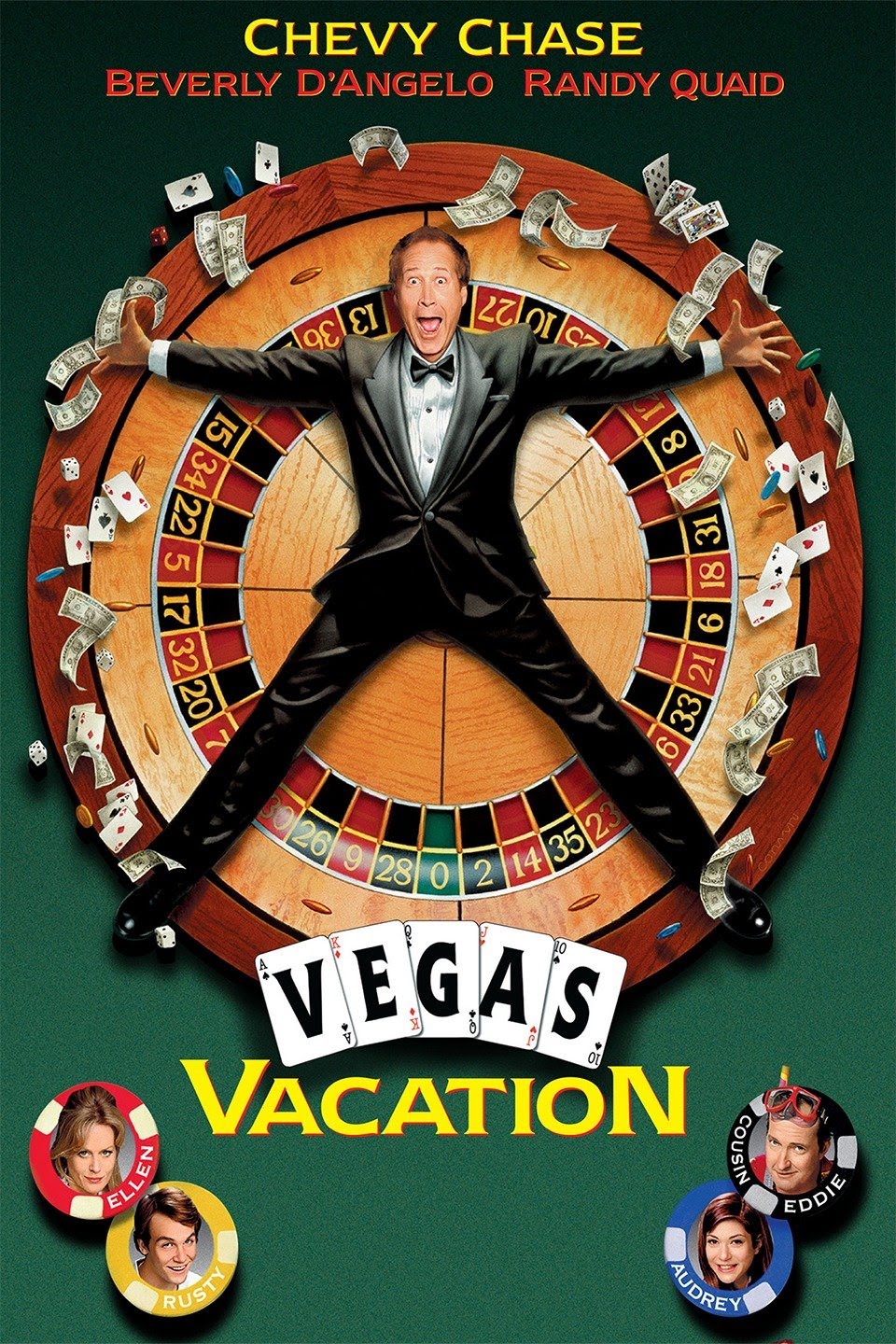 The fourth and final film of the National Lampoon's Vacation series (before the reboot film, "Vacation"), "Vegas Vacation" shows the tiredness and unoriginality of the filmmakers. The Griswold's fourth adventure on screen plays more like a TV movie rather than a sequel in a massively popular comedy franchise.

Clark Griswold (Chevy Chase) thinks it's a good idea to take his family on a trip to fabulous Las Vegas, even though the city is more suitable for adults than a family with two teenagers. What ensues is complete chaos - Clark gets addicted to gambling, Ellen (Beverly D'Angelo) falls head over heels for Wayne Newton, Rusty (Ethan Embry) fakes an I.D. and wins big, and Aubrey (Marisol Nichols) follows her cousin's footsteps in becoming a stripper. And of course Cousin Eddie (Randy Quaid) is there as well.

The jokes are forced and aren't too funny throughout the film. This film is the most over-the-top the franchise has been, and like I've said before, it just doesn't work. It also doesn't help that John Hughes didn't return to write this film.

However, with saying that, it was definitely more enjoyable than European Vacation as the kids weren't annoying. I actually found myself enjoying the wacky things Rusty got into. Audrey, not so much. But then again, did I ever like Audrey's character based on my reviews?

Surprisingly, this was the only film (besides the first one, where he played a very small role) I didn't hate Quaid's character of the hick cousin. He was actually somewhat enjoyable and funny. This was a nice change as I absolutely hated his character in the previous installments.

Like I mentioned earlier, the movie just isn't original. They recycle old gags, like the hot blonde in the red sports car. The plot is very predictable, and you already know what's going to happen - they all make up and are one, big happy family again. This is annoying as you never would've expected the ending to the first film by looking at the posters and reading the synopsis. It infuriates me a little by how the sequels, in a way, cheapen the originality and hilarity of the original Vacation film.

This is the last Vacation, besides unmemorable made for TV films. Years later, they would reboot the franchise with "Vacation", which thankfully isn't as bad as some of the sequels from this franchise.