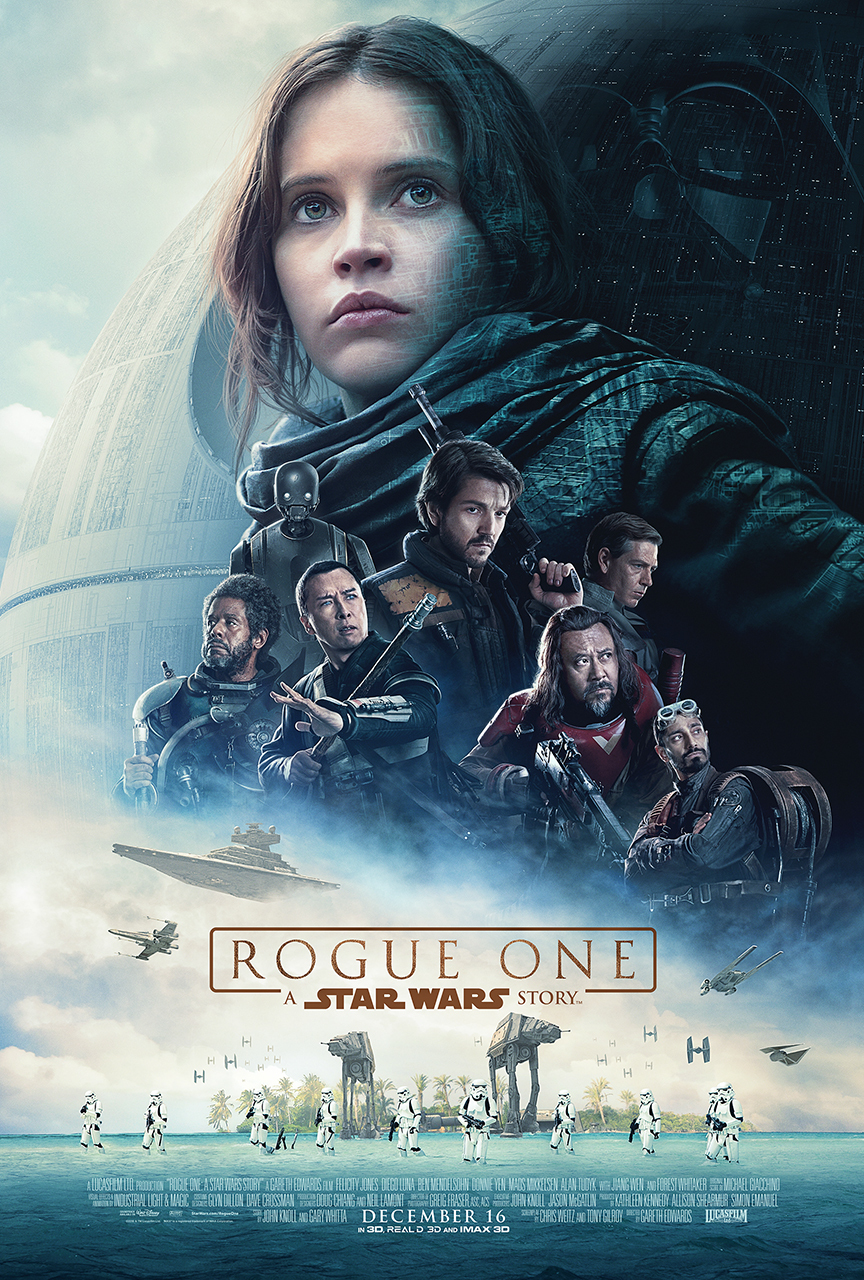 "Rogue One: A Star Wars Story" surprisingly has a basic plot with great execution. The "Star Wars" films always have complex and intricate plot lines and holes, but not this one. The story follows the rebels trying to find the flaw placed into the Death Star by engineer Galen Erso (Mads Mikkelson) during construction. The group of rebels is led by Galen's daughter Jyn (Felicity Jones) and Rebel leader Cassian Andor (Diego Luna).

The movie is very fast-paced, and doesn't seem slow or drag at any parts during the film. We follow the rebels as they go visit Jyn's old friend Saw Gerrera (Forest Whitaker), who took care of her after her father was abducted by the Empire in the opening shots of the film. A former Imperial pilot named Bodhi Rook (Riz Ahmed) has a message for the Rebels from Galen with the plans for the Death Star. The characters then journey to Saw Gerrera's palace to find the pilot. Along the way, the writers set up the story so we meet all of the characters during their journey to the palace.

The final 45 minutes of the film are filled with the battle on Scarif, which is a great battle with amazing choreography. We watch the fighters on the beaches at the same time they show Jyn and Cassian goin after the Death Star plans. It keeps you on the edge of your seat for the whole last hour of the film.

One of the shocking parts about this movie is that it kills off every main protagonist met in this film. Whether they're shot or blown up, we can't do anything but watch as our new favorite characters are killed off. They try to soften the blow with shots of the other rebels celebrating that the Rogue One team has obtained the plans, but it's hard to feel hopeful as the credits roll.

The best shot in the entire film is where Darth Vader (voiced by the legendary James Earl Jones) attacks the hallways of one of the rebel ships to get the plans back for his new ship. It really strikes the fear into the viewer of how strong Darth Vader is, and how he will stop at nothing to get what he wants. The entire choreography and lighting of the shots are so well executed and make the scene so intense and emotional. You can't help but get goosebumps and chills when watching that final scene.

The VFX operators on this film recreated a couple of the characters from the original trilogy, including Grand Moff Tarkin (played by the late Peter Cushing) and Princess Leia Organa (played by the late Carrie Fisher). Fisher died a few days after the release of "Rogue One", but Cushing had been dead since 1994. They did an excellent job bringing back the classic characters, yet I can't help but feel sort of creeped out watching a deceased actor play in a new role on screen.

This film does provide a good and unique story to lead up to "Star Wars: Episode IV - A New Hope". It shows the characters and the journey to help provide the Rebels with the plans to help defeat the Empire. War is very messy and not everyone can be remembered. Yet this film not only remembers, but glorifies these characters that ultimately helped save the galaxy.