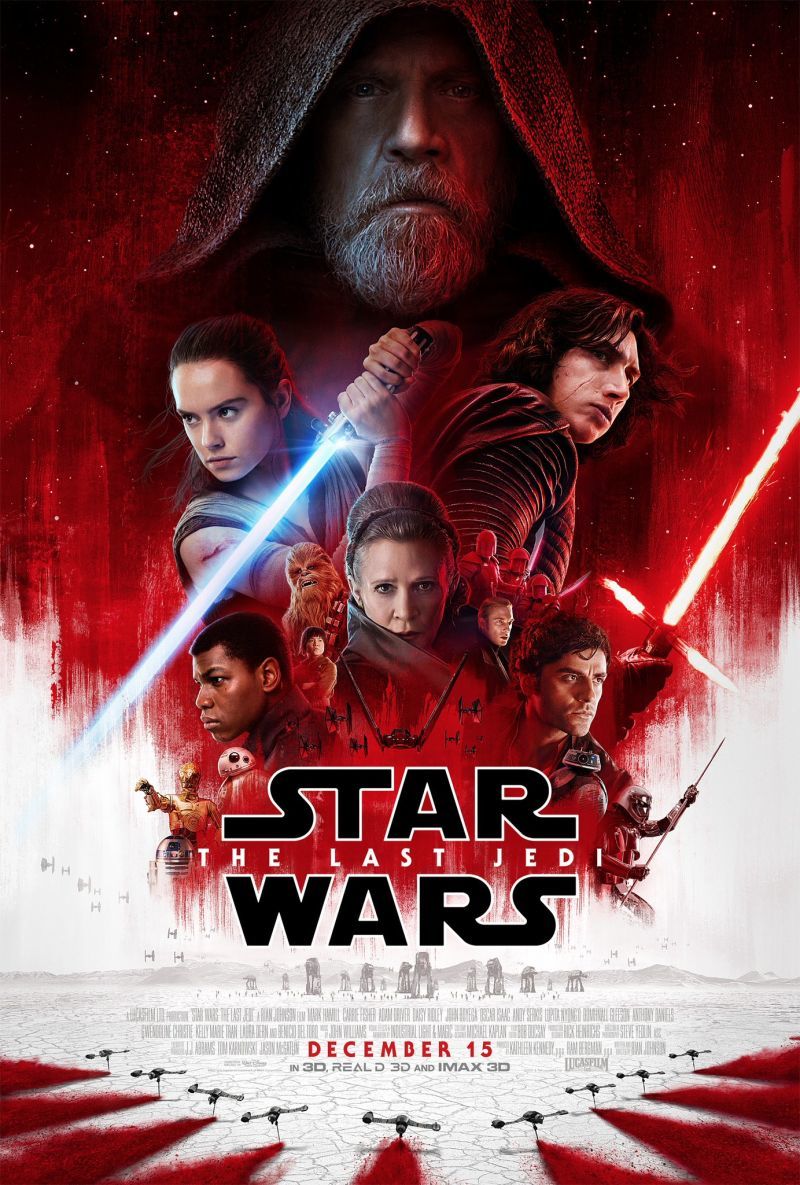 "Star Wars" came back to the big screens in a massive way with "Star Wars: Episode VII - The Force Awakens" in 2015. J.J. Abrams and Disney attempted to recreate the magic from the original films, and was graced with positive feedback. However, this is not the case for the second installment in the sequel trilogy, "Star Wars: Episode VIII - The Last Jedi".

With Rian Johnson now taking the reins of the franchise, he explores the interactions between Rey (Daisy Ridley) and the now mysterious Luke Skywalker (Mark Hamill), who is now the last of the Jedi's. Intent on defeating the evil Kylo Ren (Adam Driver) and the evil First Order run by Supreme Leader Snoke (Andy Serkis), the rebels try to hit back with their strongest forces. However, tense conflict between Poe Dameron (Oscar Isaac) and Resistance leader Leia Organa (Carrie Fisher) proves troublesome for the Resistance.

I'm not necessarily saying this is a bad movie. It has good jokes, amazing cinematography and fight scenes, and new and lively landscapes of planets. Yet, at the same time, it is extremely disappointing as a "Star Wars" film.

A big problem I had with this film is the portrayal of Luke Skywalker. Upon first viewings of this film, I was greatly annoyed and disappointed on how Johnson wrote Hamill's character. He didn't seem like the same Jedi as he was when we last saw him over thirty years ago. After viewing this film a couple more times, I start to understand the reason why Luke acts this way when looking back at the rest of the "Star Wars" lore. Yet, it was quite a a shock when I first experienced this film. I was also very disappointed in the final act of the film, where it turns out Luke Skywalker was not physically there to fight Kylo Ren. It honestly felt like a slap in the face to fans who were very eager to see Skywalker come back and beat the Dark Side once again.

Another huge grievance I have with this film is the storyline involving Finn (John Boyega) and Rose Tico (Kelly Marie Tran), who is quite possible one of the most hated character in any of the "Star Wars" films. In all honesty, I found their storyline to be stupid and boring, and I felt the movie could have flowed and been a lot better if Johnson had cut out this entire storyline completely. Perhaps he could've just cut out the characters entirely and the film could have been a lot better?

Princess Leia, who is considered one of the most prominent female badass characters in film history, was extremely disappointing in this film as well. A lot of her plot details didn't make sense, and just felt like she wasn't needed in the film.

However, with all of this being said, there is a number of positive things about this movie. The fights are incredible and the cinematography is perhaps the best in any "Star Wars" film. The movie is wickedly funny and provides a lot of comedic relief, but that doesn't help save a movie like "Star Wars".

I personally think Rian Johnson tried too hard to make this complex storyline that wasn't needed. I don't hate or dislike this film. I always find myself enjoying most of it every time I watch it. Yet, if he just gave the fans what they wanted, the film could have been a lot better than the mess we received.