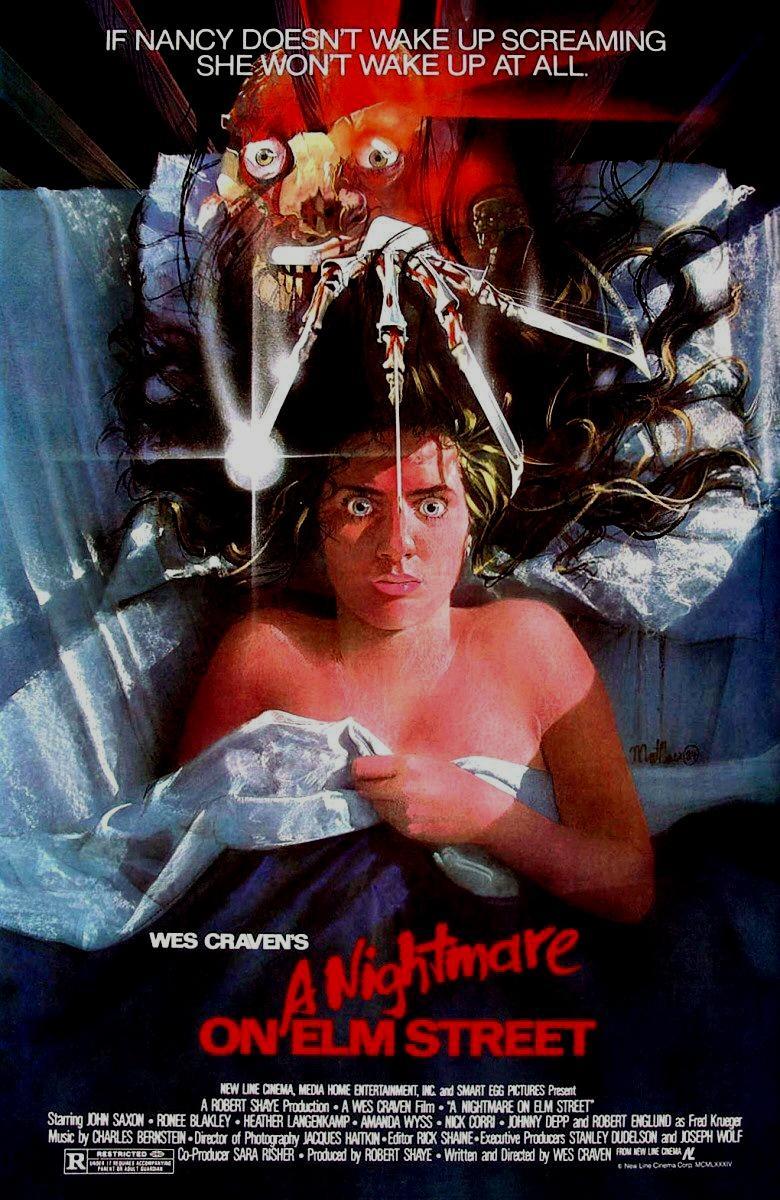 Alongside the likes of Michael Myers and Jason Voorhees, Freddy Krueger is among one of the scariest and most influential horror villains of all time. With the famous razor sharp claws, disfigured face, and dry humor, Freddy serves as the main antagonist of Wes Craven's "A Nightmare on Elm Street", where he haunts the dreams of teenagers before killing them.

Teenagers in the small town are starting to be plucked off one by one, each having a horrible nightmare with a scary man chasing them. The cops or parents don't believe the kids, so they are left to rely on each other to bring down this scary monster of a man.

This film skyrocketed some of the most famous actors working today, including Johnny Depp. The acting is great and you can genuinely feel the fear of the kids after their nightmares. The cinematography and direction during the nightmare scenes are spectacular. The camera is angled to make the viewer frightened, especially due to the dark light work. It's amazing at making you feel claustrophobic and genuinely terrified at what is going to happen to our protagonist in this dream.

Robert Englund is absolutely amazing at playing this terrifying villain. Freddy is a frightening character, who preys off the fear of his victims. It reminds me of the motives of Pennywise the Clown from IT, yet funnier. Englund is great at balancing out the scariness of his character, while delivering quick one liners and the dry humor his character is most known for in horror films.

This film may not necessarily be as terrifying as other horror slashers, but it is honestly more entertaining as a viewer compared to the others. It has wit, it's scary, it's smart, but most of all it's fun and makes the viewer want to watch it again, as well as watching the numerous sequels and spinoffs in this series.