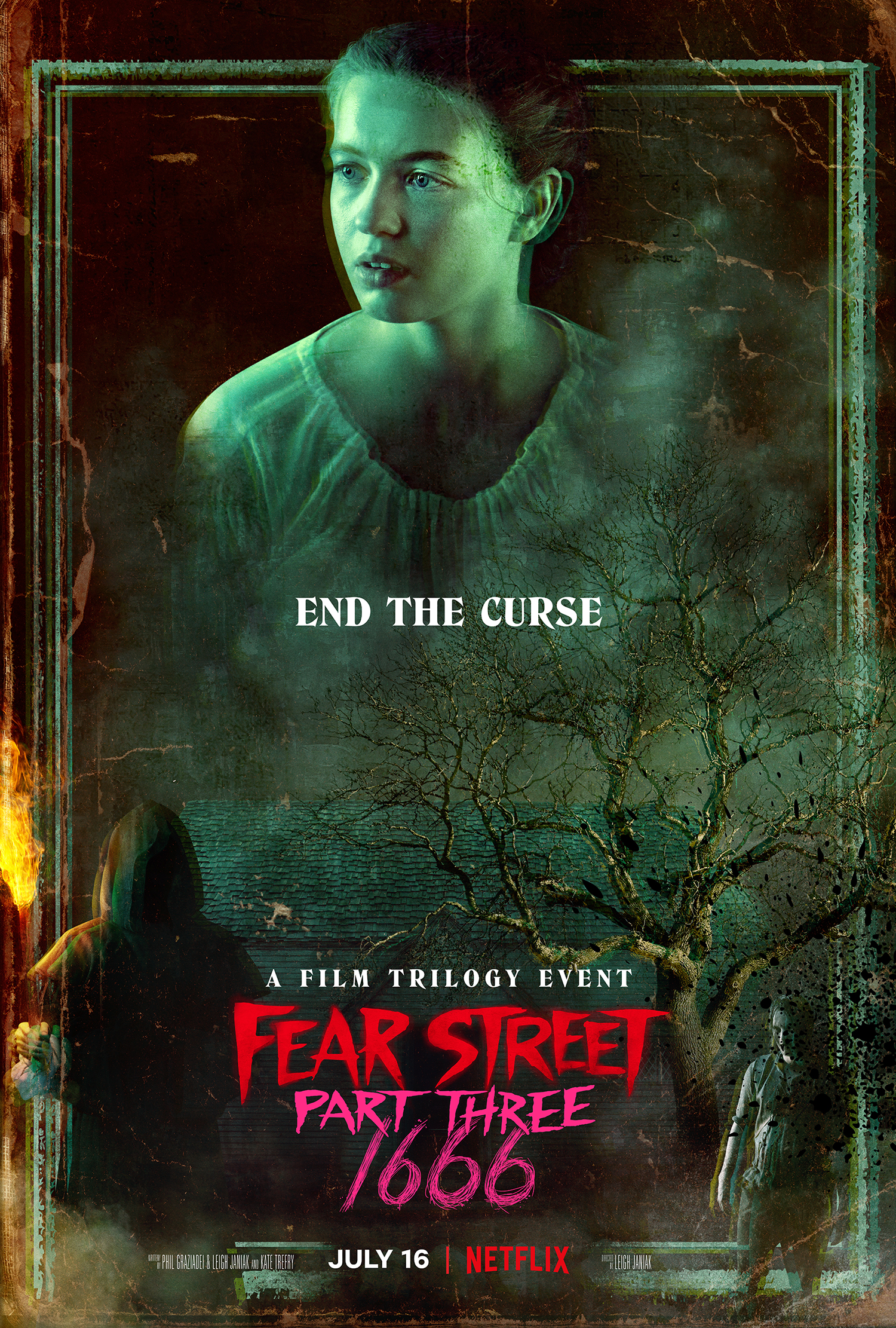 Leigh Janiak's horror trilogy "Fear Street" may quite possibly be the biggest film events of the summer, with it receiving both critical and audience praise. The film trilogy concludes with the story of witch Sarah Fier being hung in 1666, and I'm torn about how I feel about this film.

The first half of the takes place in 1666, where the actors from the other films portray Sarah Fier and her community. While it was cool to see this to explain her story, I honestly thought it moved very slowly and didn't seem to go anywhere for a while. It was only until they got to the witch hunting was when the film picked up pace, but even then, it felt like it was very rushed. Timing issues are what killed the first part of this film for me, which is a pity as the last half of the first part was great in my opinion.

However, once we transition back to our main characters in 1994, the film is a fast-paced and enjoyable time. The huge plot twist present in this part of the film was great, and helped provide the basis for the rest of the film. I honestly wish that we had seen more of the characters in 1994 than we did back in 1666.

The second half of the movie may be predictable, but it is still a very fun horror flick. The character development has been great in this film, as the main character of Deena (Kiana Madeira, who also portrayed Sarah Fier in this film as well) went from a character I deeply despised to a character I was actually rooting for at the end of this film.

The movie, even though it seems wrapped up, leaves us on a major cliffhanger through the end credits, which could persuade the studio to let Janiak release more of these films in the series. Janiak has expressed her interest to having this become a full blown series of film, and I'm honestly all here for it. As long as they keep the same atmosphere and engaging stories as they did in the 1994 setting, I just know I will be tuning in to every film they make in this series if they decide to go in that direction.