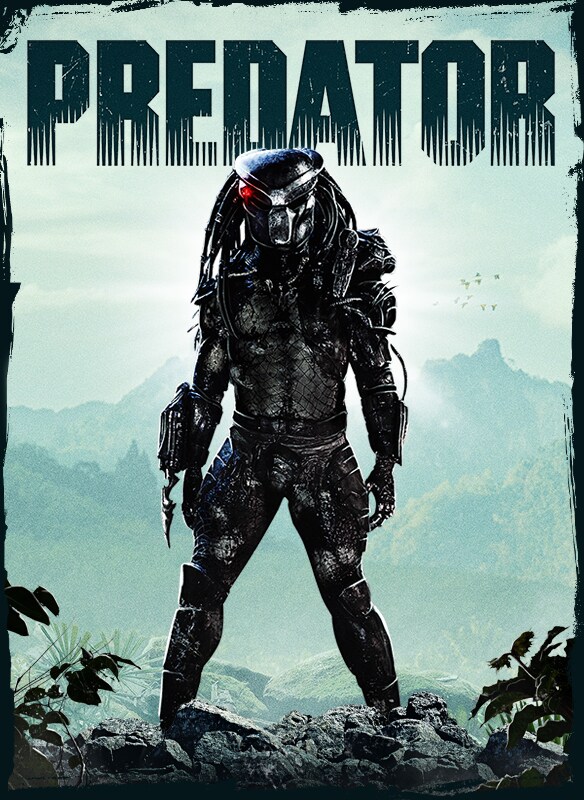 "Predator" takes on both the action and sci-fi genres. The first film in the series of films to follow, it starts out as a film like "Rambo" would start, following Arnold Schwarzenegger and a group of soldiers to find a missing helicopter containing a group of American politicians. However, halfway through the film, they find out that it's the work of a scary alien known famously as "The Predator".

The plot of the film seems basic, yet it is filmed very well and keeps the audience engaged and entertained throughout. The atmosphere of the film draws the audience into the murky, shadowy jungle with the dangers that await its characters. I found myself sitting on the edge of my seat multiple times while watching Schwarzenegger battle this ferocious monster from outer space.

The film progresses very quickly, giving the audience almost no room for air. Even though this can be a good thing in many aspects of the movie, it fails to answer some of the questions the audience may have about this film. Why don't they just leave the Predator and focus on their mission? What is the Predator even doing in a forest near Mexico of all places? There are too many plot holes left open that were never answered at the end of the film.

The movie ends as quickly as it begins; yet the ending seems too predictable. Yes, of course the hero is supposed to win, but what does he exactly lose from any of this? We just think he is going to go off and leave the past events behind him in the jungle. Even though the final shot shows our hero safe and secure after fighting the monster, we are left with so many questions after that need answers. But hey, that's why there's sequels, huh?