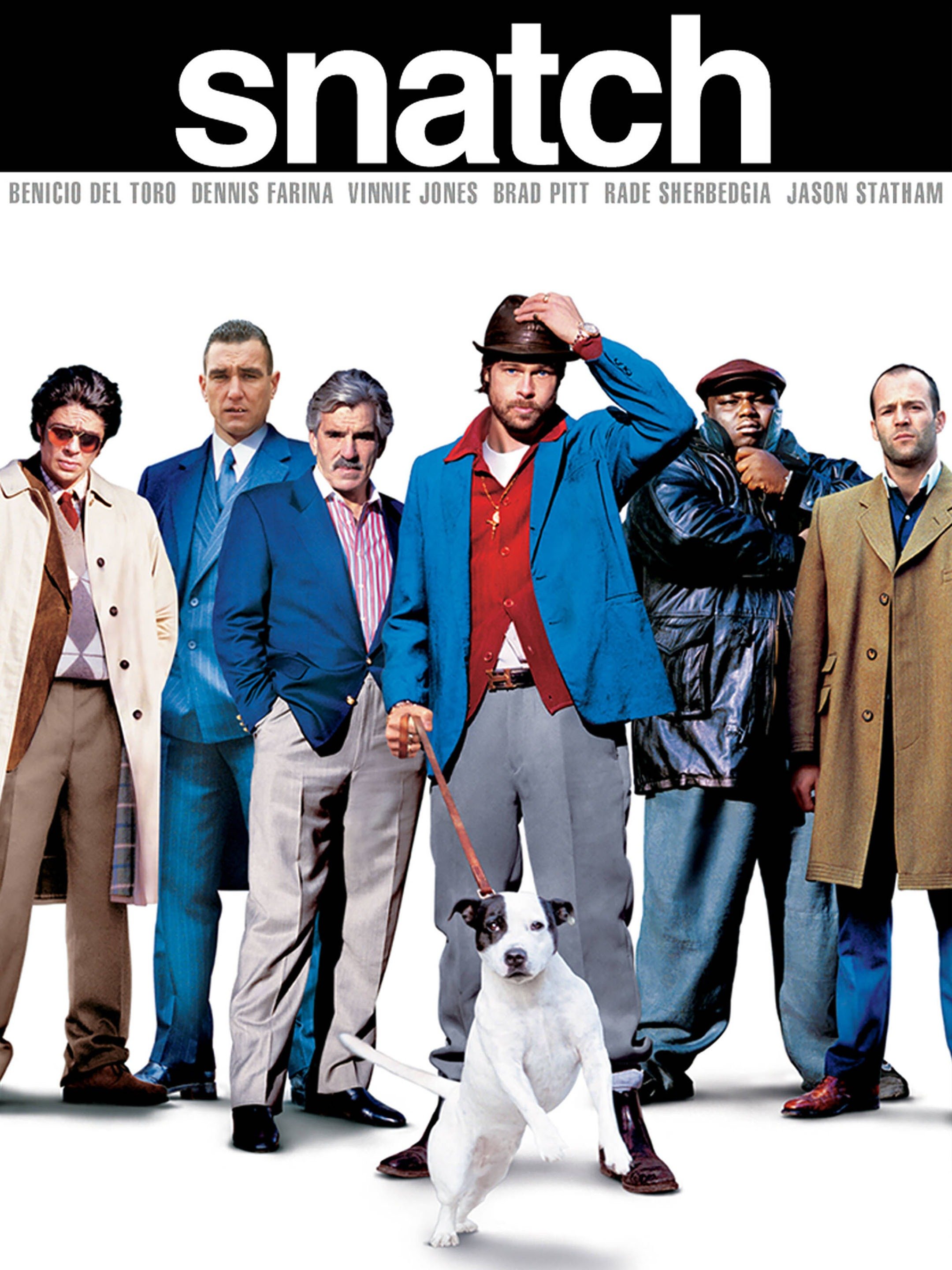 Following the success of his first film, "Lock, Stock and Two Smoking Barrels", Guy Ritchie returns with "Snatch", a British crime film that is quite possibly better than the first that preceded this. Ritchie follows the success of his first film by bringing the same genre with very different characters, including a 4-fingered thief and an Irish Gypsy boxer who no one can understand.

The plot of this film is very complicated, but I would simplify it by saying it's about a group of very different people all obsessed with obtaining a multi-million dollar diamond. Boxers and boxing promoters, bad thieves and con men, and many others are roped into the plot, which the film helps unravel throughout the course of the runtime.

This movie is extremely funny, but with a dark crime undertone. None of these men in the film are necessarily "good guys", yet we root for some and don't for others. These characters - which consists of amazing acting talents from Jason Statham, Brad Pitt, Benicio Del Toro and more - always keep the audience engaged and never cause the film to slow down.

The plot is hard to follow at the start, and you're not sure where it's heading exactly, but it explains itself and helps keep track of who's who very easily. This is excellent writing and directing by Ritchie, who I would say is a master at creating British crime films.

Ritchie has since broken off on a whole other path, with some of his films taking place in America. But, he still always returns to his roots in the streets of London, and I would say this film is one of the best examples of what he's capable of in the British crime genre.