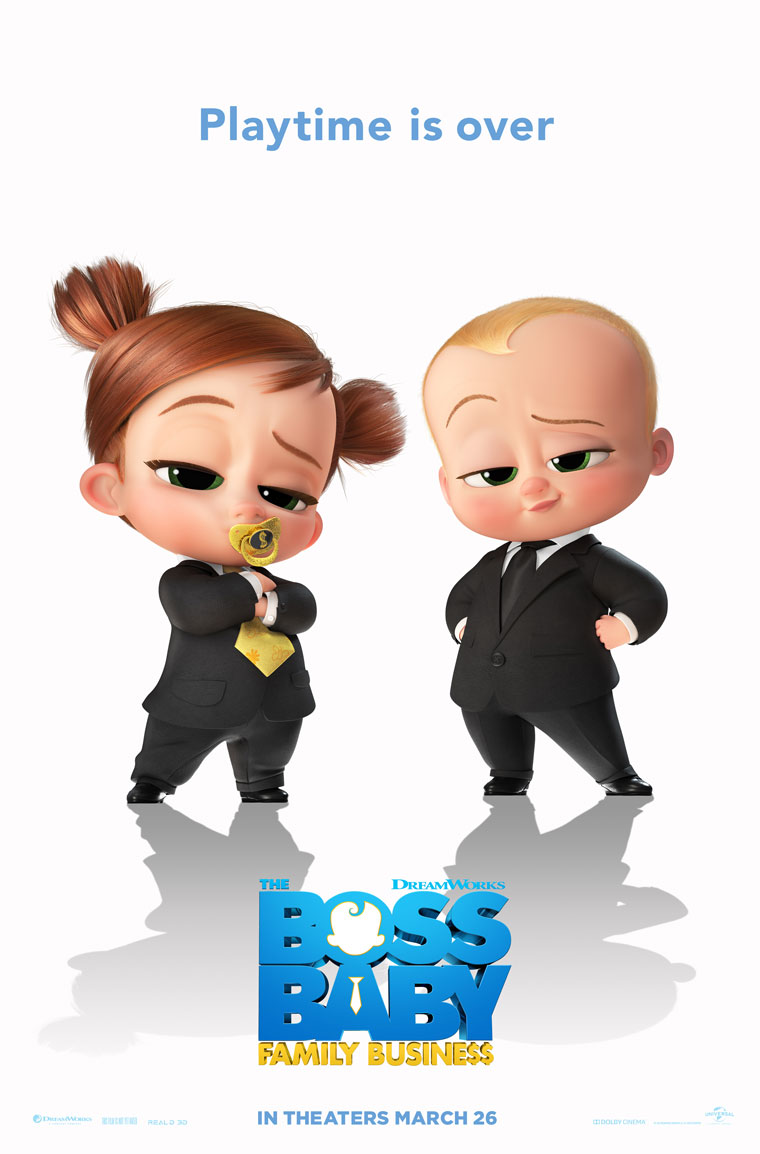 The Boss Baby (Alec Baldwin) is back, but this time him and his brother, Tim (James Marsden) are adults living two completely separate lives. However, when Tim's new baby daughter (Amy Sedaris) turns out to be an employee at Baby Corp., they become babies again thanks to a super formula to take down a evil mastermind (Jeff Goldblum) in this unfunny, unoriginal, and straight up boring sequel.

The jokes in this film didn't land at all, and I frankly found most of the characters in the film extremely annoying. Most of all the jokes in the film felt incredibly forced, which is sad due to the A-list cast they recruited for this film. It reminds me of the 20202 remake of "Tom and Jerry", which also feature amazing actors in a movie that was absolutely horrible. "The Boss Baby: Family Business" wasn't as horrible as "Tom and Jerry", but it was definitely still bad.

I think only one time in the entire film did I ever crack a smile, and that was when Baldwin's character made a joke referencing jail and "The Shawshank Redemption". The rest of the time was pure torture and boredom.

The characters also weren't the most likable. Baldwin's character was a self-centered ego-maniac who could never find time for his family. Marsden's character was as whiny as the child counterpart in the first film. Tim's daughter (played by Ariana Greenblatt, who is famous for playing young Gamora in the Avengers films) hated her father for no reason and tried to act like a brainiac. No one likes a know it all, especially a kid who shouldn't have to worry about the adult topics she deals with in school.

This movie was horrendous, but I've definitely seen worst. Would I ever voluntarily watch this film again? No, of course not. But, I wouldn't raise a fuss if I was forced to watch it with a family member or friend. Besides, I don't really understand why the movie needed a sequel in the first place.