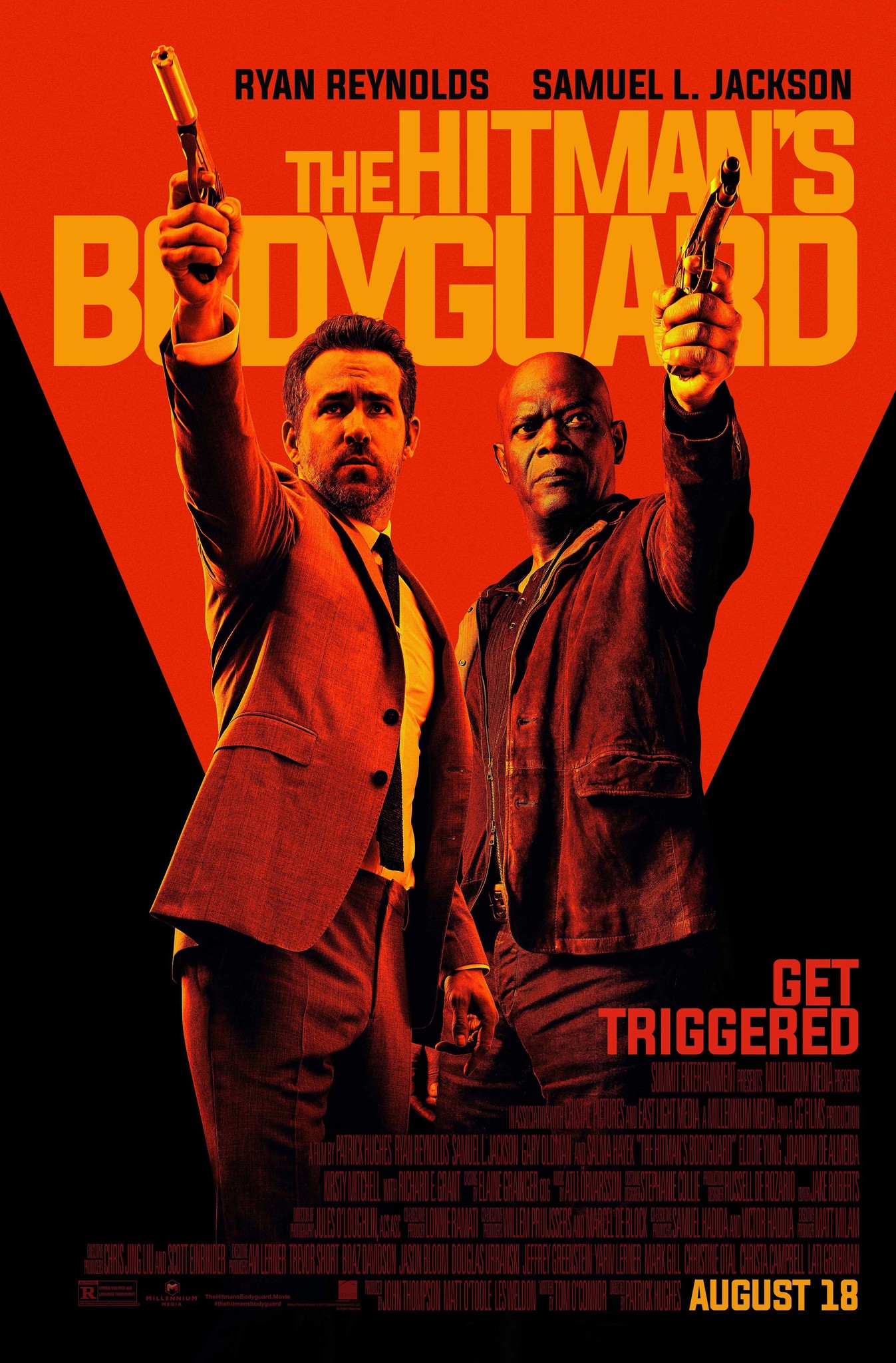 By combining Ryan Reynolds and Samuel L. Jackson, we get a hilarious action packed comedy that we never knew we needed. From beginning to end, we are thoroughly entertained by Reynolds' and Jackson's chemistry and their characters' clear loathing of one another.

Reynolds plays Michael Bryce, a down on his luck bodyguard who lost his Triple A rating due to one of his clients being assassinated. Jackson plays veteran hitman Darius Kincaid, who Bryce is protecting while transporting him to the Hague so he can testify against a genocidal tyrant (played by Gary Oldman).

The two actors are electric together, bouncing vulgar jokes and sayings off one another. There are multiple scenes in the film that contain subtle humor that works excellently, and gets a laugh or two out of the viewer. However, at the same time, there are over the top scenes that can sometimes make the viewer laugh even harder. Consider the scene where Reynolds flies out of the car through the windshield as they collide with an object in front of them. It's so over the top and unrealistic that it is absolutely hilarious when it happens.

The film is hilarious from start to finish, yet it takes a while for the movie to start picking up speed. The beginning, where we establish our main characters, takes some time before they actually meet for the first time on screen. I feel like the director could have made our main characters meet sooner, as they provide the comedy and some of the best scenes in the film together.

Is this a masterpiece action film? Of course not, but it is an extremely fun film to watch every time. It is clear the two main actors are having a blast, and they generate that same energy towards the audience. It is an extremely enjoyable movie that can guarantee a few laughs no matter how many times you watch it.