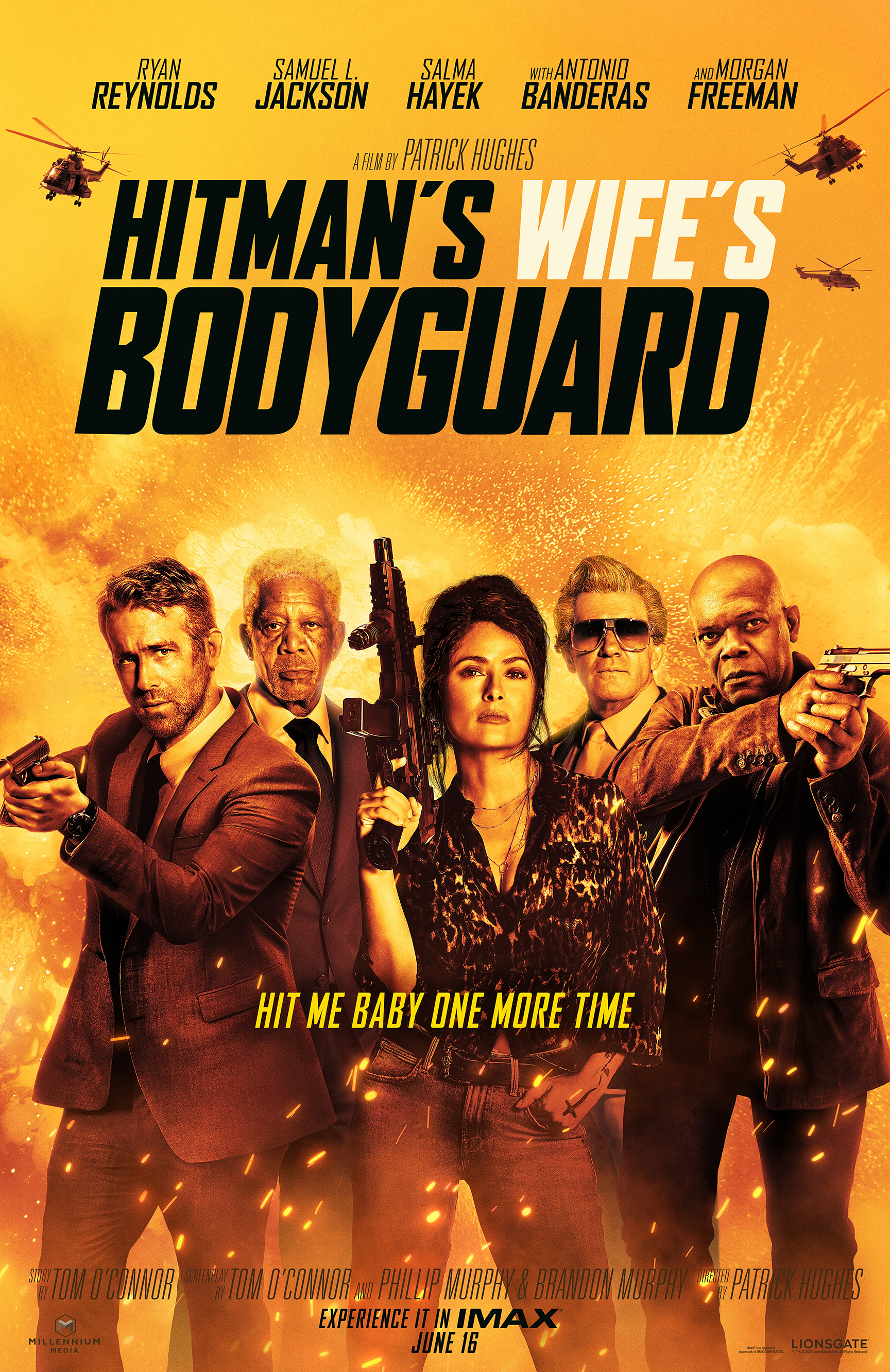 Ryan Reynolds' lovable character Michael Bryce is back, and he's having a hard time after losing his triple A rating following the events from "The Hitman's Bodyguard". Now on sabbatical, he decides to take a vacation from body-guarding to focus on himself and his well being. That plan fails however, when he is thrust back into the world of body-guarding thanks to his arch-rival Darius Kincaid's (Samuel L. Jackson) wife, Sonia Kincaid (Salma Hayek).

Unlike the predecessor, this film is non-stop action and fun. We are thrust back into this world seamlessly as the two try to rescue Darius from kidnappers. They accidentally kill an Interpool informer, which forces them to work with Interpool to take down a madman who wants to destroy Europe (Antonio Banderas).

The comedy in this film is excellent, and perhaps better than the previous film. There are many gags and jokes that easily makes the viewer laugh out loud every time they watch it. The chemistry between Reynolds and Jackson was amazing in the predecessor, but the filmmakers make it even better by adding the feisty Salma Hayek to the mix. All three of them have a special charm to them, and together they are unstoppable.

The action in this film is fun, and doesn't take itself too seriously. Sure, the action sequences in films such as James Bond and Mission: Impossible are great, but it's nice to just sit back and laugh while watching these hilarious action sequences.

Like mentioned above, the fact that this movie doesn't take itself seriously is perhaps my favorite part of this film. From Bryce's obsession of seatbelts because of a hilariously tragic backstory to the arguments between Sonia and Darius due to their lack of fertility, the film creates this humorous and bubbly atmosphere for this action film. The actors perform this fantastic screenplay so well that I can't even imagine this film working with anyone else or under different circumstances.