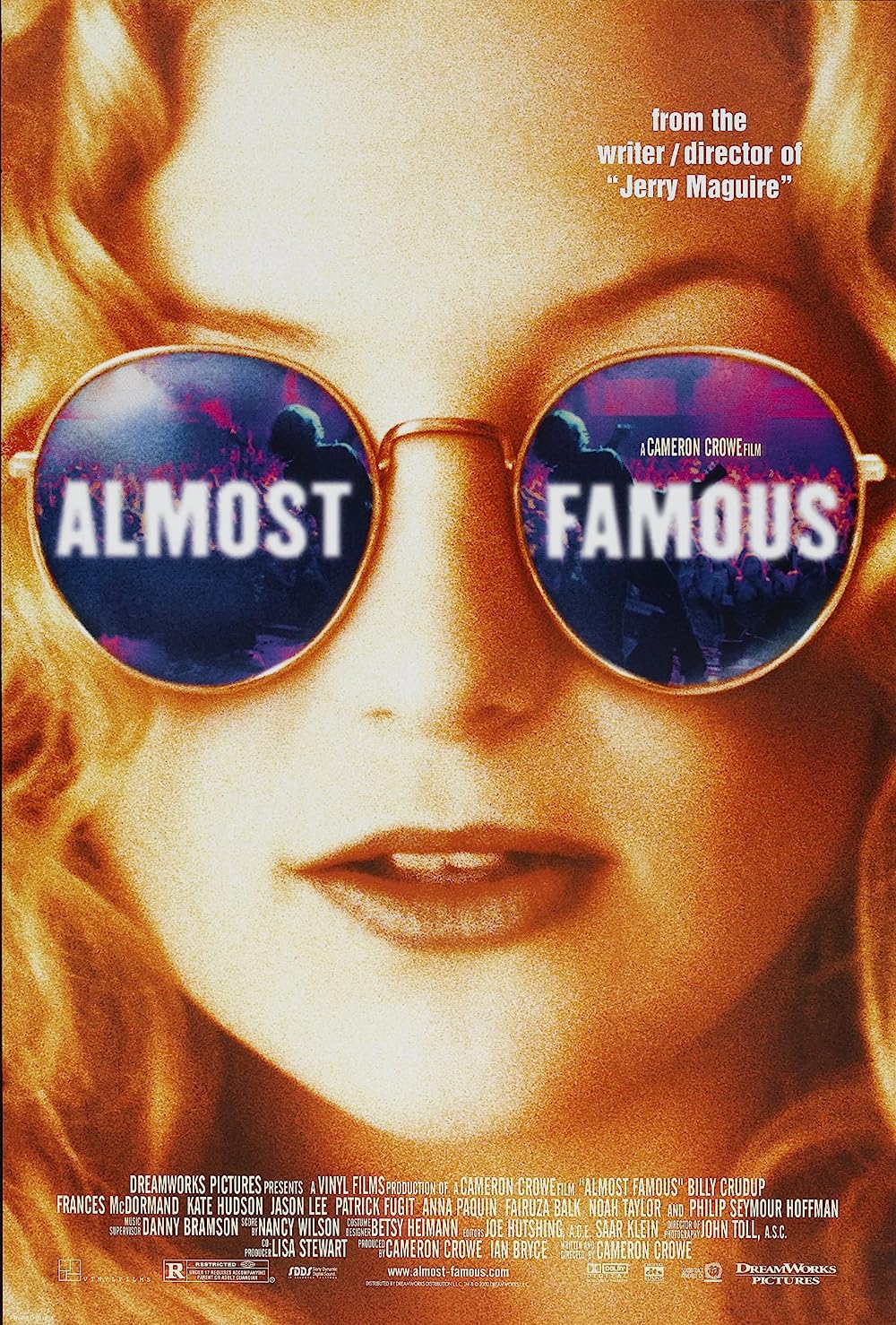 "Almost Famous" is such a wonderful film to watch. It's funny, touching, inspiring, and a lot of fun. Written and directed by Cameron Crowe, the movie follows a 15-year-old kid who gets the chance of a lifetime to travel with and report on a famous rock band called Stillwater.

William Miller (Patrick Fugit), who is the kid in question, gets hired to write an article about the band for a new edition of "Rolling Stones" magazine. While following the band, he forms a complicated relationship with the guitarist, Russell Hammond (Billy Crudup), while also forming a relationship full of sexual tension with Penny Lane (Kate Hudson), who doesn't label herself as a groupie, but more of a "Band Aide".

The movie however doesn't solely follow William. Sure, he may be our central protagonist, but Crowe wrote this film to showcase off the time era and the importance of rock music in the 1970's. Crowe was a teenage "Rolling Stones" writer before he became a filmmaker, and used a lot of his own personal experience in this film. It's evident as this film is basically a love letter to the rock and roll genre, glamorizing the rock and roll lifestyle. However, at the same time, it is not a film about rock music. It's a coming of age film for not only William, but the members of the band as well. Throughout the movie, they grow into better human beings, and appreciate what they have and the people they are surrounded by.

Frances McDormand, who plays William's mother, Elaine, gives a fantastic performance in this film. She doesn't like the idea of William traveling with the band, but doesn't technically ban William from going. She does an excellent job at striking the fear of her into every one she talks to, which helps make every character in the film grow up a little more. Let's take a look at the scene where Russell talks to William's mom on the phone. She is able to put him in his place, without even physically being there. McDormand has this persona and personality that is incredible, and really makes her stand out throughout the film.

At the same time, the beautiful mystery that surrounds Hudson's character is genius, and makes the viewer want to know more and more about this character. We are left in the dark about a lot of the facts that surround Penny Lane, which makes William want to explore her past. She is such a fantastically written character, and the chemistry that Hudson and Fugit have is explosive.

There aren't many coming of age films like this anymore. It's beautifully shot and written, and just an amazingly fun time throughout the entire runtime. The childhood innocence of William's character clashes amazingly with the corrupt world of drugs and rock and roll. Crowe is able to find the perfect balance between these two, making this such a glorious film about a kid trying to find his place in the world.