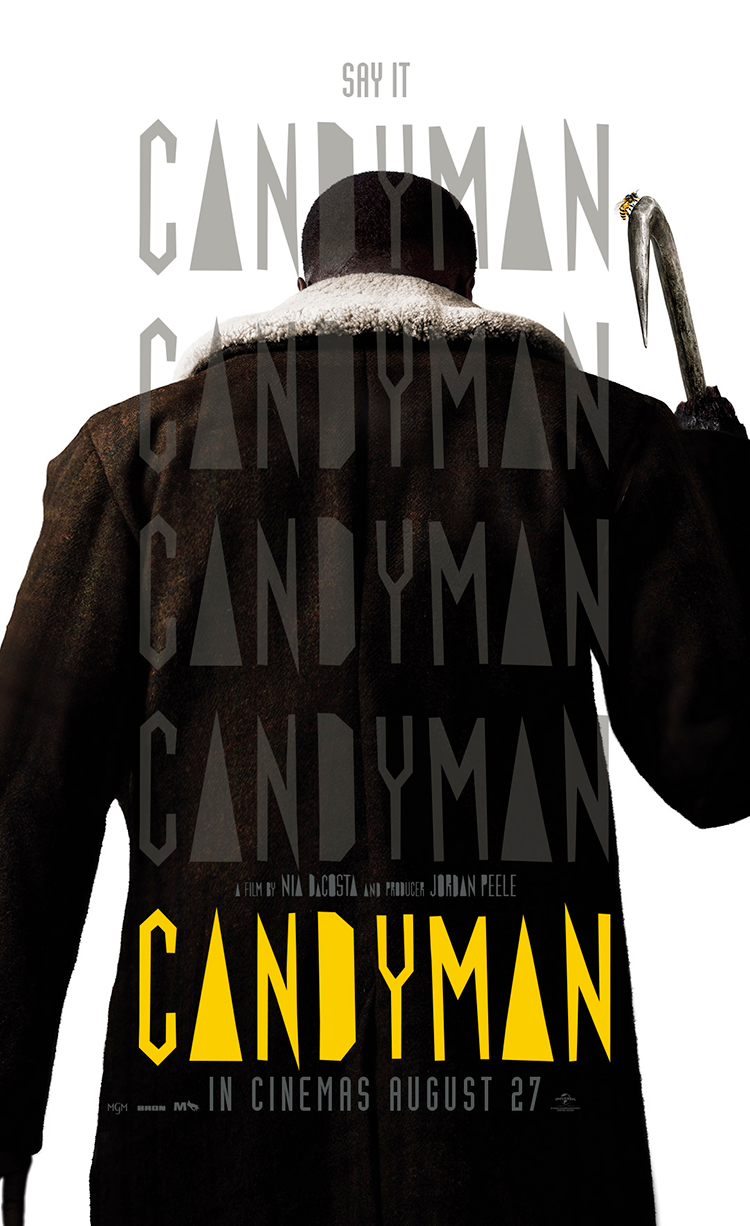 Nia DaCosta successfully recreates the terror of the Candyman. From the script written by horror mastermind Jordan Peele, Win Rosenfeld, and DaCosta, this movie perfectly brings the plot from the 1992 classic horror film into the modern world, where new movements such as "Black Lives Matter" are relevant.

The film serves as a "spiritual sequel" to the original film, that deals with a man who kills the unlucky person who says his name five times while staring at a mirror. This film follows Anthony McCoy (Yahya Abdul-Mateen II), who is an up and coming artist that paints pictures depicting racism against African Americans. However, when he digs deeper and deeper into the story of the "Candyman", he reawakens the spirit, which causes mass murder and chaos across the city of Chicago.

The film is a work of art. It's beautifully shot, especially the scenes that depict a backstory. DaCosta's use of puppetry animation with silhouettes is genius, and adds more to the backstory and genuine terror as a result.

Cinematographer John Guleserian is an absolute master at what he does. Almost every shot of the film is so well-crafted, and does an excellent job at showcasing the mood of the scene. My favorite shot of the film is when a certain character gets murdered by the Candyman, close to the halfway point of the film. The camera starts to pan out to show the apartment building, and we see the character lifted up in the apartment and slammed into the glass window, leaving a trail of blood as she is dragged across. While this is happening, the camera is still panning out to show the rest of the apartment complex, including a family watching TV, another family eating, and then the middle of the screen is the bloody apartment. This scene honestly struck more terror and urgency than a jump scare would. It was definitely the best shot of the entire film.

The writing, like most of Peele's movies, is fresh and keeps the audience engaged throughout the film. His depictions of the African American community are incredible to watch, and show the true realities of African American communities in America, compared to other films that try to depict this. However, the only flaw in this film is the pacing. The film is only an hour and a half long, and thirty to forty minutes of that is trying to set up the plot. I honestly had no clue where the film was heading, and after the first kill, it started to pick up pace at breakneck speed. If they had figured out the timing better, this film could have been just that much better.

The movie strikes the familiar terror into longtime audiences that had watched the previous film, while also horrifying a new generation of horror fans. The lack of jump scares doesn't make this film less scary, as the filmmakers wrote and shot the film to make the viewer feel trapped and scared for their lives as they watched it. Besides the aspect of pacing, I can't imagine anything else this film could do better.