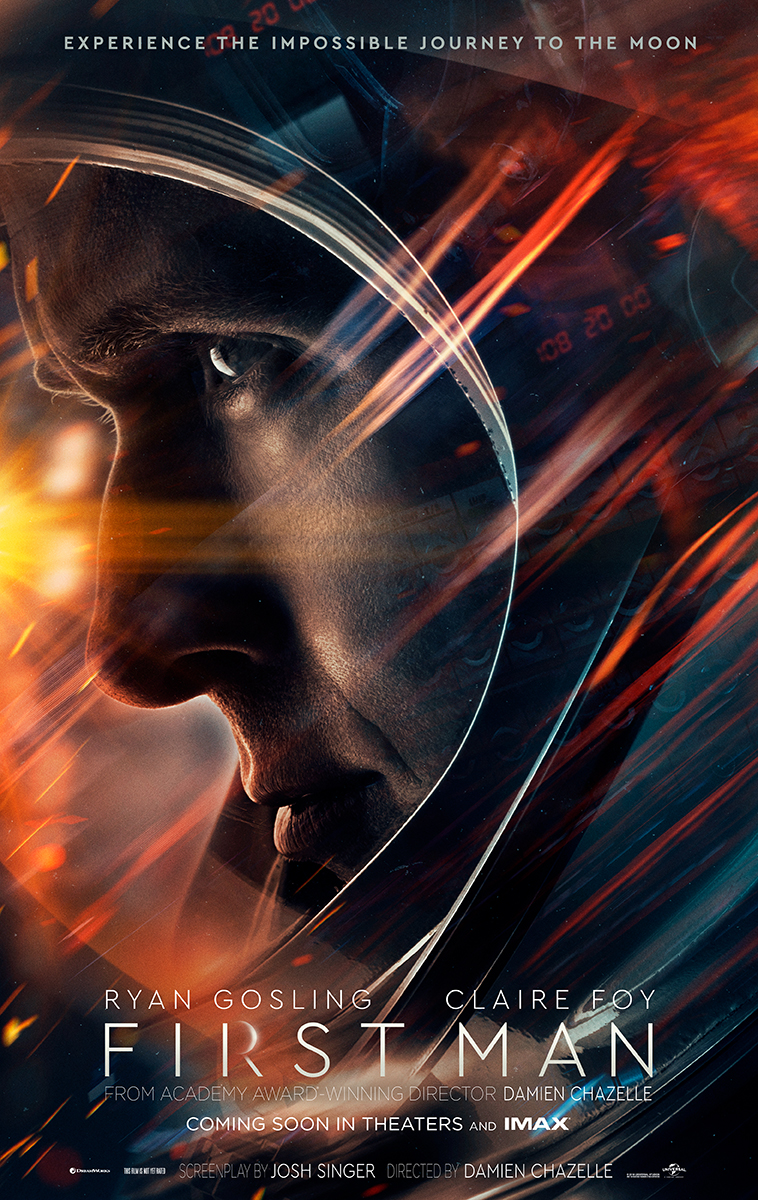 "That's one small step for man, one giant leap for mankind."

Those were the words spoken by Neil Armstrong when he became the first man to step on the moon on July 20, 1969. Armstrong is most known for being the first man on the moon, but how was his life other than that? Damien Chazelle made the film "First Man" in 2018, where it documents Armstrong's (played by Ryan Gosling) life, from the loss of his infant daughter to the successful moon landing.

This film is extremely different from the two other movies Chazelle has made. Instead of focusing on music, Chazelle spends most of the film reflecting on Armstrong's life, with the moon landing occurring within the last twenty minutes of the movie. The film documents many moments of his life that was probably not well-known to the average viewer. His filming techniques throughout the movie tugs on the viewer's heartstrings, especially the multiple flashbacks of his daughter who died of a tumor in the beginning of the movie.

Gosling does an excellent job of portraying the famous astronaut. Even if Armstrong wasn't a real person, this film is a great example of a character study due to Gosling's performance. His character goes through so much before the moon landing, and Gosling acts as if it definitely took a toll on him as a whole. He goes from being a friendly guy to being depressed and pushing everyone he loves away. Claire Foy, who plays his wife in the film, also has great chemistry with Gosling, and their scenes together are incredible. Whether they're slow dancing in the dark or fighting, the actors leave all of their energy and talent on display for the audience.

The cinematography, like most of Chazelle's films, is one of the best things of this film. He uses a variety of different cameras and film types; he uses 30mm to film most of the scenes and grainy 15mm to capture the intimate moments on camera. It's an excellent use of film, and just makes the film seem more real and personal to the filmmaker.

The space scenes were also incredibly shot. They are made in a way to make the viewer feel claustrophobic and terrified at the same time. I found myself genuinely scared for Gosling's character even though I knew he had to survive till the end. The suspense and danger is built up very well, mostly due to Gosling's incredible performance.

Even though this was a complete change in filmography for Chazelle, he pulls it off beautifully and in a way that it seems effortless. This film may not have been as fun or entertaining as "La La Land", but it is still a gorgeous and important film.  Chazelle really is one of the most talented young directors of his day, which shows as every single one of his movies are masterpieces.