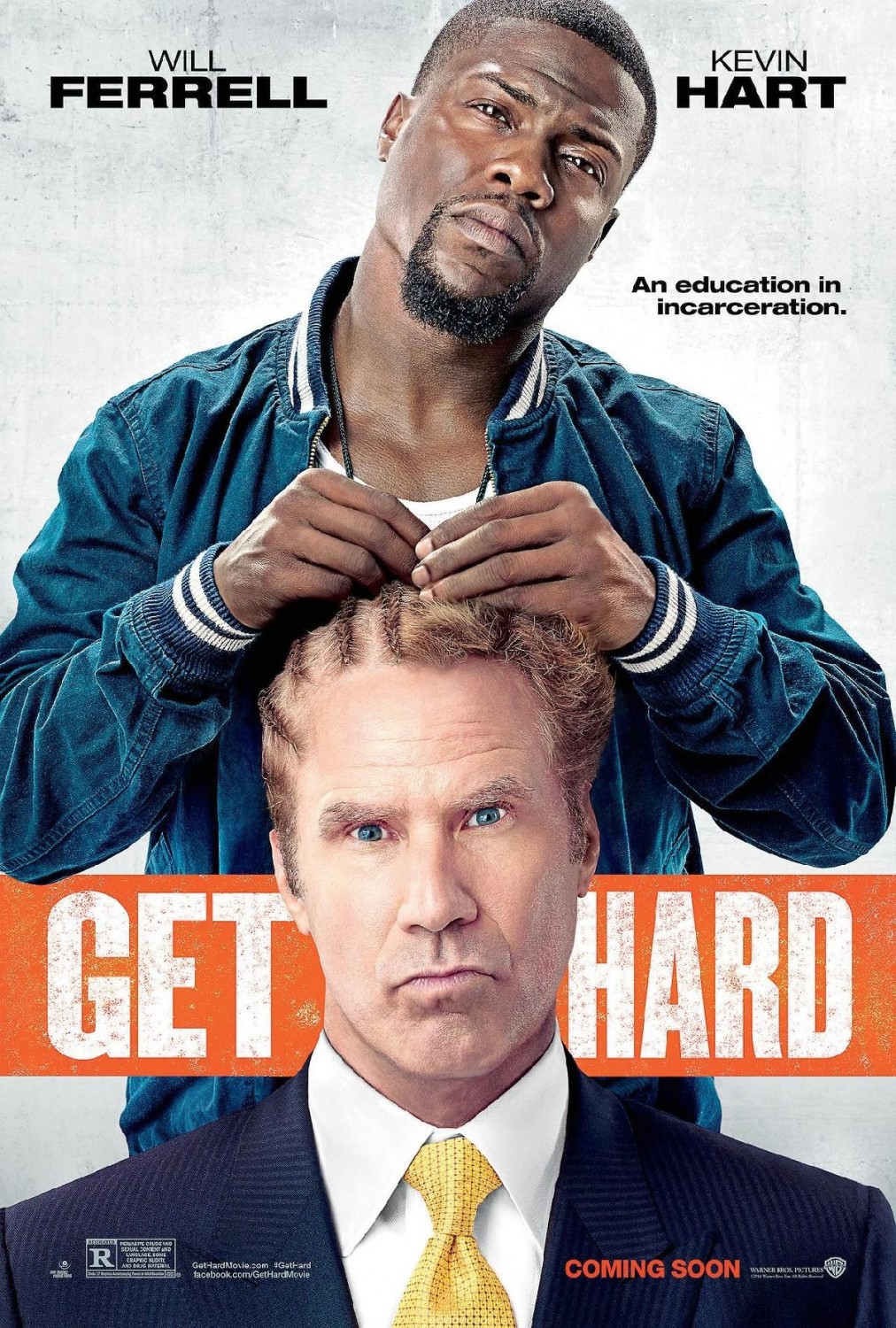 Will Ferrell and Kevin Hart seem like such a perfect comedy duo, and it was exciting knowing these two were going to star in a movie together. However, the film, even though it was funny at many moments throughout, relied too heavily on stereotypes, racism, and shock value that it felt extremely uncomfortable and old after a while.

"Get Hard" follows James King (Will Ferrell), a dull-witted convicted hedge fund manager  who is terrified to go to prison, mostly due to the fact of a sexual altercation with him and an African American man. He recruits a car wash manager, named Darnell (Kevin Hart), to help him get prepared for his stay in prison. The sole reason for him choosing Darnell? Darnell is an African American man, who James assumed head been to prison due to his skin color.

That's basically all you need to know to know this movie is very offensive and plays on racial stereotypes. Most of the plot lines and jokes revolve around the two main characters being different races. The writers have written Ferrell's character to be completely offensive and idiotic, which was kind of a drag after a while. It felt like the writers didn't have the ability to write any smart jokes without focusing on the racial tension present in the film.

The film relies on a lot of shock value to make the audience react. Let's examine the scene where James is forced to perform oral sex on a man in a bathroom stall. It was a long and draw-out scene that felt completely unnecessary as we didn't need to see a couple minutes of Ferrell gagging and freaking out with a man's penis in his face.

However, with all of that being said, the film is funny at some moments that didn't focus on race. A couple of major examples is the scene where James has made a series of shanks that he shoves up his rear to hide or when Darnell tries to create a story of his fake imprisonment by describing the plot of "Boyz N The Hood". The film could have been a lot better and funnier if they relied on more jokes like these rather than the cheap jokes present throughout.

Ferrell and Hart did have great chemistry, and were great to watch in the scenes they were in. If there was a much better script though, I feel like these two comedy greats can make a great film together. It's a pity this is the only film we have with them in it.