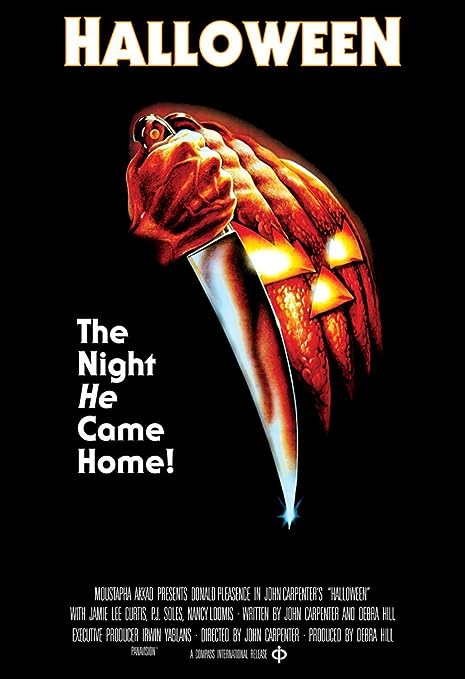 Perhaps one of the most famous slasher films of all time, "Halloween" terrified audiences around the world as they watched Michael Myers gruesomely kill teenage babysitters in his hometown. With the creepiness that surrounds Myers and the terrifying theme, the movie makes the viewer watch in suspense and horror the entire runtime.

This film introduced the world to Jamie Lee Curtis, who plays Laurie Strode in her film debut. She plays a lovable teenager who has a hard time making friends and socializing in school. She has plans to babysit one of the neighborhood kids on Halloween night the year Michael Myers comes home. The first scene of the movie is absolutely spectacular, as it is shot from a young Michael's point of view as he brutally murders his older sister. This perfectly sets up our villain as he doesn't seem human.

The use of camera angles, shadows, and sound mixing is perhaps one of the best in any slasher film. John Carpenter, who wrote, directed, and conducted the music for this movie, understood how to scare the audience and make it almost impossible to let the viewers look away. Consider the scene towards the end of the film where Laurie goes into the house Michael is in, and where he murdered three teens. The entire time she's walking through the house and shouting for her friends, it is absolutely terrifying and makes the viewer uncomfortable as they have no clue what is going to happen next. This is a perfect example of the use of cinematography and music going hand in hand with one another to make an excellent shot in a film.

The first thirty minutes of the film where we follow Michael around town is one of the best things about this movie. It never shows his face; all we see is his body and we hear the heavy breathing behind his mask. He stalks his victims around the town, especially Laurie, who sees him multiple times that day. It's frightening to see this creepy man follow this young girl around town, and even scarier due to the fact he can move extremely fast. The cinematography is incredible, and the use of the creepy music provides just that perfect mixture of sound to scare the viewer.

Michael Myers is one of the creepiest slasher villains of all time, perhaps due to the fact that the audience knows he is human. Even though the other slasher killers are human as well, Myers is the most human-looking out of all of them. That is terrifying to think about as it shows that anyone could be capable of committing these horrible crimes, and you can never know what the people around you are thinking. It also strikes the fear into the hearts of people by showing them that their childhood fear of the Boogeyman could become a reality.