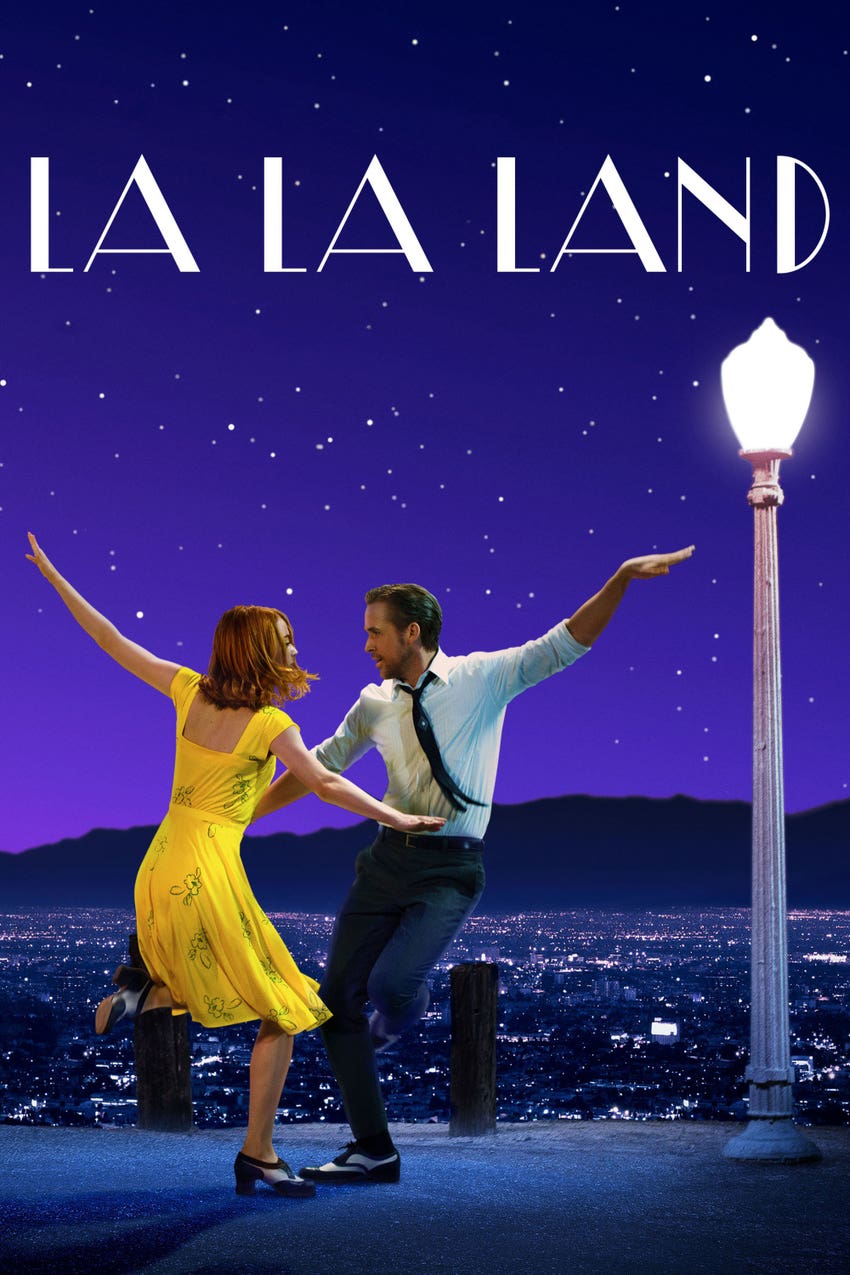 Musicals are a huge part of cinema history. They gained popularity from films featuring Gene Kelly, Debby Reynolds, Fred Astaire, and many more. They have evolved over time into more modern musicals, and it seems as if the beautifully crafted, dream-like musicals of before are extinct. However, in 2016, Damien Chazelle combined the old and the new to make "La La Land", which is perhaps one of the best modern musicals ever made.

Mia (Emma Stone) and Sebastian (Ryan Gosling) hate each other at first. They are both rude to each other, until realizing that they are falling in love with one another. The film then proceeds in a perfect balance of the dream-like beauty of relationships in Hollywood, while contrasting it with the harsh realities of making a mark in one of the famous cities in the world.

Gosling and Stone are absolutely perfect in this film. Their chemistry is spot-on, and the two actors really embody the characters they are playing. Stone is amazing at portraying a struggling actress throughout the film. The ability to act as a failed actress takes a lot of skill, and Stone definitely deserved the Oscar she won for this film. Gosling, on the other hand, has such a lovable character, and you can't help but root for him, even through his extreme OCD for jazz music and bad decisions he made throughout the movie.

The script and the direction from Chazelle is incredible. The film never seems to slow or drag, and you are intrigued on every word spoken in the film. The cinematography is absolutely beautiful as well. If you watch closely, you are able to differentiate the shots in the film, which I think shows what a master he is at filmmaking. The distinct difference in shots during the happy and sad moments of the film hints at the harsh realities people, especially couples, have to face when trying to make it big in their completely different careers. The film is a very happy and joyous film on the surface, but is indeed a much deeper and complex film.

The music score by Justin Hurwitz is absolutely amazing. The score and soundtrack for this movie is a thousand times better than that of Chazelle's previous film, "Whiplash". The soundtrack and songs really set the tone for the scene (or in some cases, the scene to follow). The score is perhaps one of the best things about this film as it makes the viewer relate more to the movie as a whole.

"La La Land" went on to hold the record for the most Oscar nominations ever. That shows how good this film is, and how great of a director Chazelle is. In my personal opinion, this film should have beaten "Moonlight" for Best Picture without a doubt. This movie is absolutely beautiful, and should be held to the same standards as the classic musicals everyone knows and loves.