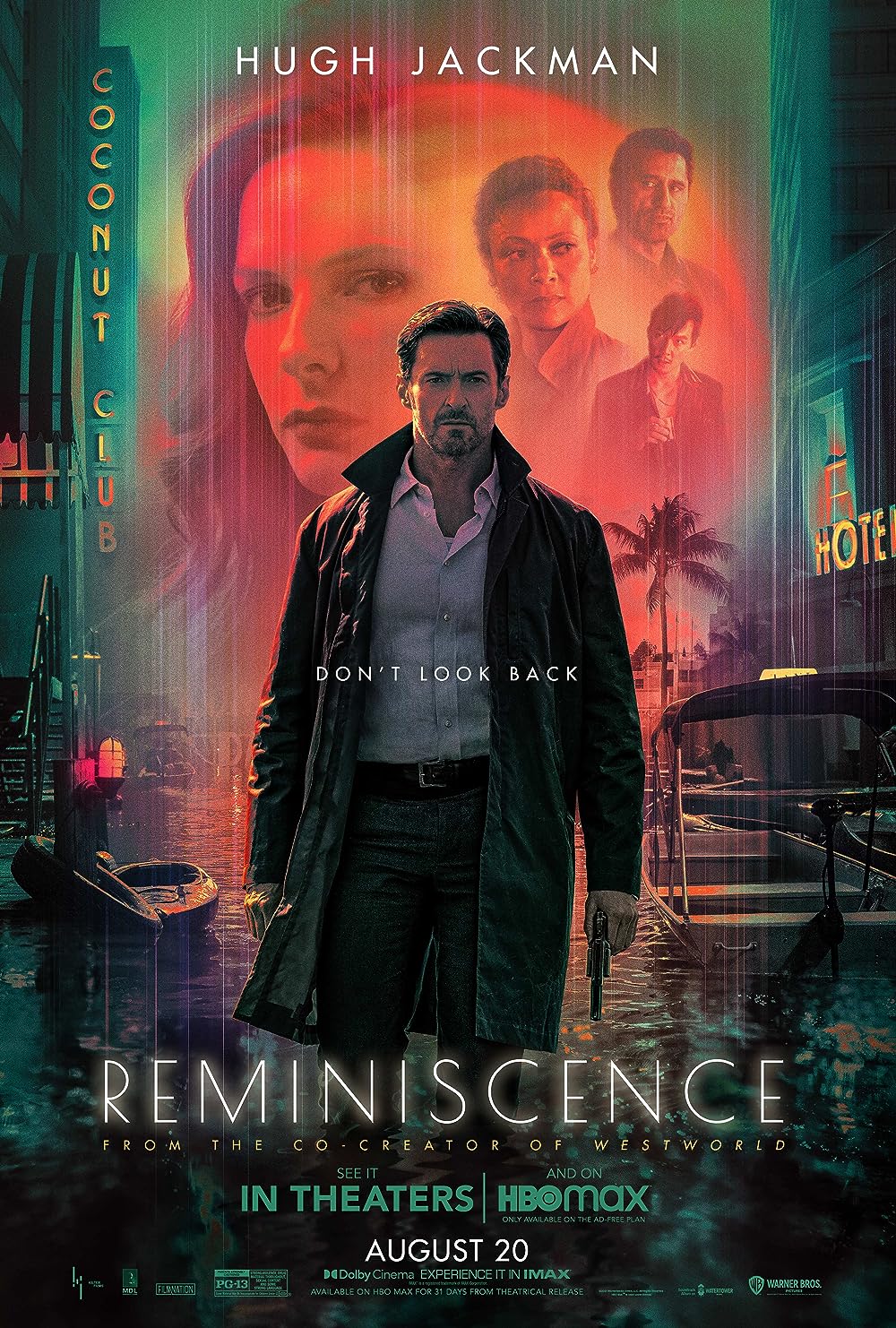 "Reminiscence" is not a great film. I wouldn't even go as far as to call it a good film, but writer and director Lisa Joy had an excellent idea. Unfortunately, she wasn't able to successfully bring that idea to life in a muddled, dull film that is somewhat saved due to Hugh Jackman's acting performance.

The film never really gives any backstory or context as the movie starts. We are thrust into this world that is almost entirely underwater, and a scientist named Nick Bannister (Jackman) has created a machine to take people back to their happy memories. When a redhead named Mae (Rebecca Ferguson) walks into his lab one day, he becomes smitten with her, which strikes up a sex-filled romance between the two.

However, the film jumps forward several months and we find out that Mae has gone missing, and Nick is looking everywhere for her. That then prompts Nick and his friend (Thandiwe Newton) to explore into Mae's tragic and dark backstory, where revelations come to light that she had hid from Nick.

The biggest fault in this film is the timing. The beginning of the film starts very fast and engages the viewer into this world and into these characters. However, once Mae goes missing, the film is extremely slow getting from one point to another, and the viewer is left wondering where this film is headed. Then, once we hit around the hour and twenty mark, the film rushes most of the climax and ending, and ends very anti-climatically.

The ending of the film was very unsatisfying, and it left me feeling disappointed. It seemed like Joy tried too hard to copy the movies made by her husband, Jonathan Nolan, and his brother, Christopher Nolan. Many of the plot elements seem like they were taken from their filmography, and nothing felt original or unique. She also puts in plot elements throughout the film that made no sense or shouldn't have had any importance, but play a huge impact on the film as a whole.

Jackman, however, was perhaps one of the best things about this movie. Like any movie he's in, he steals the show and makes the viewer love his character. He does an excellent job of conveying the pain and frustration his character had felt. His chemistry with Ferguson was also stellar, and you can feel the love these two have for one another. They were great in every scene there were in, and it's a pity we didn't get more scenes with them together.

Joy tried too hard to make this over-the-top film with many elements and mixed genres that the result was just a mess. It's honestly disappointing as this film had a lot of hype to it, only for viewers to be brought down by this confusing and boring film.