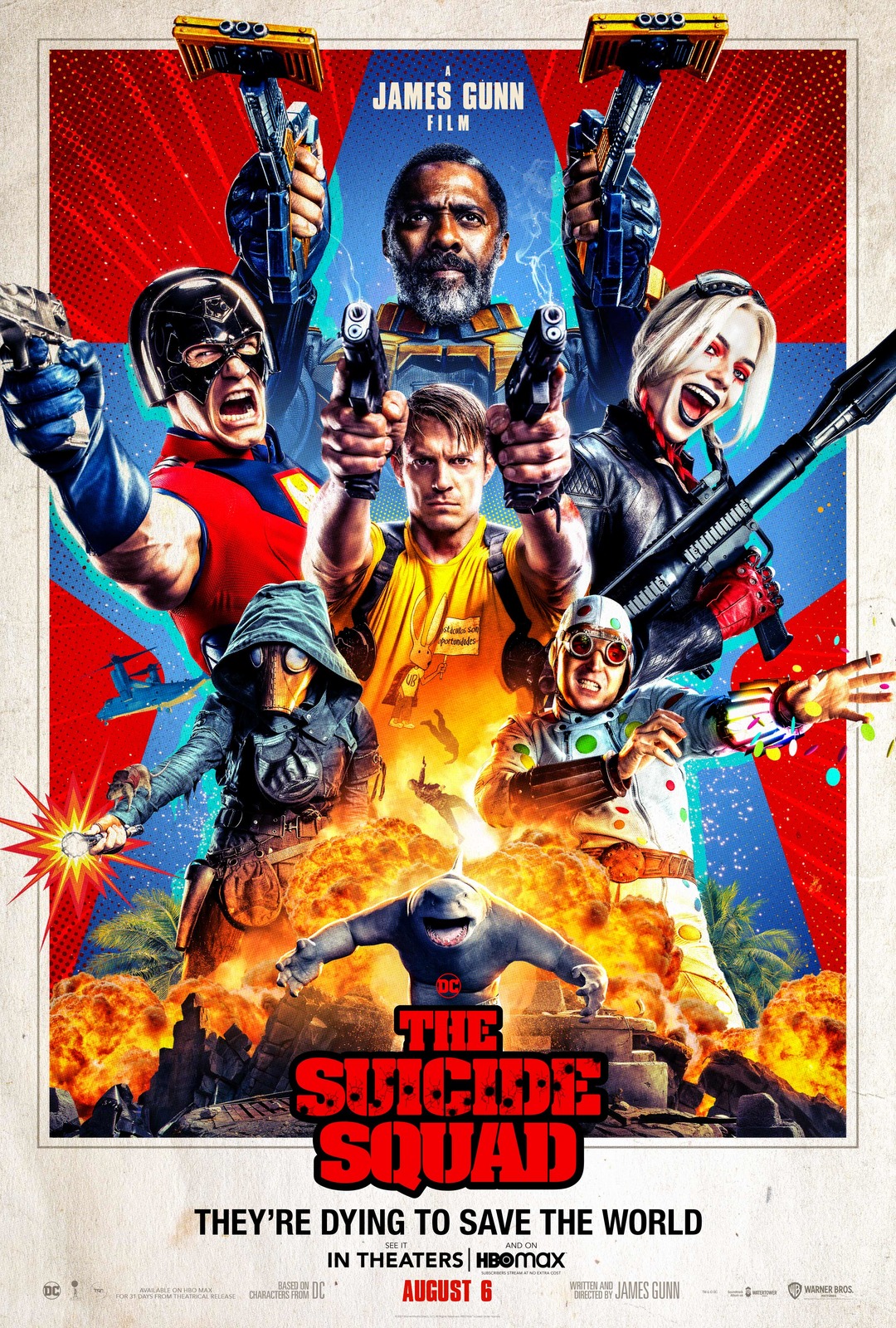 After the disaster that was "Suicide Squad" in 2016, DC brought in James Gunn a couple years later to put his own spin on the film. By adding tons of new characters and giving the film a hard-R rating, Gunn's "The Suicide Squad" is fun, vulgar, and one of the funniest comic book movies of all time.

The film isn't a direct sequel or a remake of the original. It simply exists to tell the story better than the original did. It follows the same plot of the original in a way, but Gunn writes the script to be much more interesting and enjoyable that Ayer's 2016 catastrophe. We follow a new set of "villains" (Idris Elba, John Cena, Sylvester Stallone and more) as they team up with returning characters such as Harley Quinn (Margot Robbie) and Col. Rick Flag (Joel Kinnaman).

The movie fixes all of the mistakes that the original made. Instead of waiting over an hour for there to actually be action, we are thrown into an action scene within the first ten minutes. Gunn doesn't hold back from the graphic violence and blood either. We witness brains exploding, gruesome beheadings and killings, and much more throughout. In my opinion, I think it was a good idea to change the rating to R as the Suicide Squad just seems like more of an adult franchise.

The characters are a lot of fun to watch, and the movie never slows or drags due to their performances. They are all hilarious to watch, and you can't wait to see what they say or do next. Take the scene where they're trying to think of disguises to wear for the Gentlemen's club. King Shark (Stallone), who is a gigantic shark, said he can wear a fake mustache and proceeds to walk around with his finger above his lip. It's so stupid it's funny, and Gunn knows how to make the audience laugh. There is also a lot of extremely dark humor as well that was well written by Gunn and executed by the actors.

The cinematography and fight sequences were extremely well choreographed. One of my favorite action scenes was perhaps when Harley Quinn broke out of the jail cell and proceeded to kill all of the guards and bad guys that were holding her captive. It's a beautifully shot scene, and Robbie is incredible as this character. Gunn has gone on to say that this fight scene was his favorite four minutes of film he has ever shot, and I can understand why.

I wish they had given Gunn the job as writer and director, as well as complete control of the film, much sooner. He delivered such an excellent film that is perhaps one of the best DCEU movies. I hope they hire Gunn back to make many more of these films as I'm excited to see where he will go next with these characters in the future.