"There Will Be Blood" Film Review 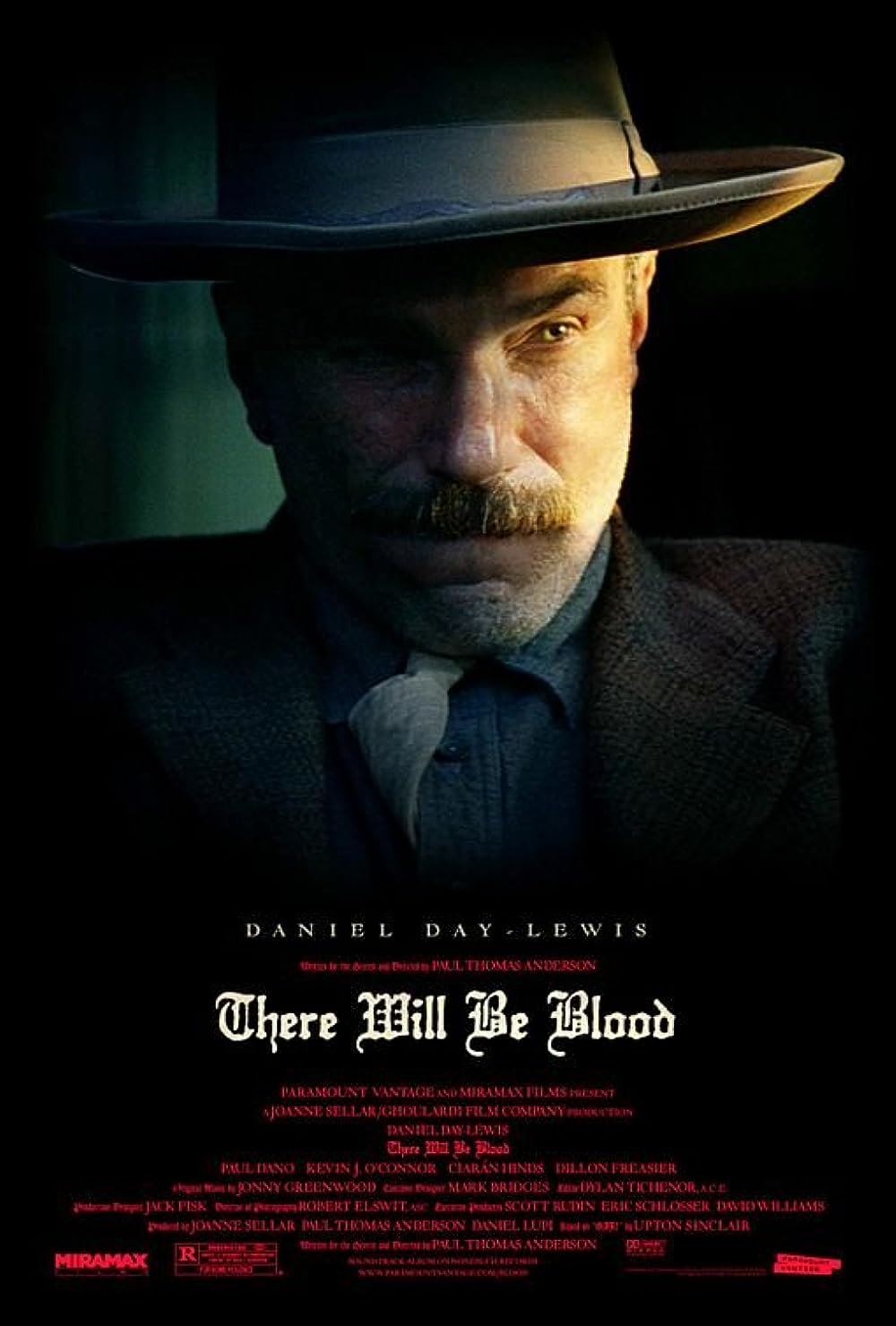 "There Will Be Blood" Film Review

Daniel Day-Lewis perhaps gave the performance of his career in Paul Thomas Anderson's epic film, "There Will Be Blood". Daniel Plainview (Day-Lewis), who is an oil man, focuses his attention on a little bit of land in 1900's California. However, as the film goes on and more disasters occur, Plainview slowly starts to lose his mind, and turn into the madman that is present in the movie.

Day-Lewis is incredible. Everything, from the accent and folkiness of his character to the limp that gradually gets worse, is perhaps almost perfect. I think Anderson's decision to have such a talented and experience method actor play this great role was a fantastic idea. His character feels like a monster of men. The men are intimidated by him, which leads him to be so successful in his ventures. It's hard to imagine this movie being as good as it is if Day-Lewis was not in the lead role.

The scenes between Day-Lewis and Paul Dano (who portrays twins Paul and Eli Sunday) are magnificent. Let's take a look at the scene where Eli baptizes Daniel and forces him to confess to his sins. The two actors give it everything they've got, and the result is one of the best scenes in the entire film. Daniel's pain behind him confessing his sins seems very real, and Eli's religious screaming and slaps he delivers to Daniel seem extremely real and full of passion.

Anderson, like his other films, writes this glorious epic that feels like it could only be written by him. This film follows "Boogie Nights" and "Magnolia", which helped give him the experience to write a film like this. He captures every scene so beautifully, and really transports the viewer back to the 1900's. This is the first film he made where he focuses his attention on a character slowly going mad, and it gave him the momentum and determination to write his later movies, especially "The Master" with Joaquin Phoenix.

The film grabs ahold of its audience, and doesn't let them go till the credits roll. It feels almost suffocating in a way, and that is due to the excellent work by cinematographer Robert Elswit and set designer Jack Fisk. From the scenes down in the wells to the confrontational dinner scene where Daniel tries to buy the Sunday Family Ranch, Elswit captures everything perfectly, while making it feel very simple and beautiful.

Anderson is a masterful filmmaker, and it can show throughout his filmography. I would say this is one of the best films he has made throughout the years. Is it his most entertaining? I wouldn't say so, as "Boogie Nights" would be a hard film to beat. But that doesn't cast any doubt on how great of a film this is, and how important it will be in the film community in the years to come.