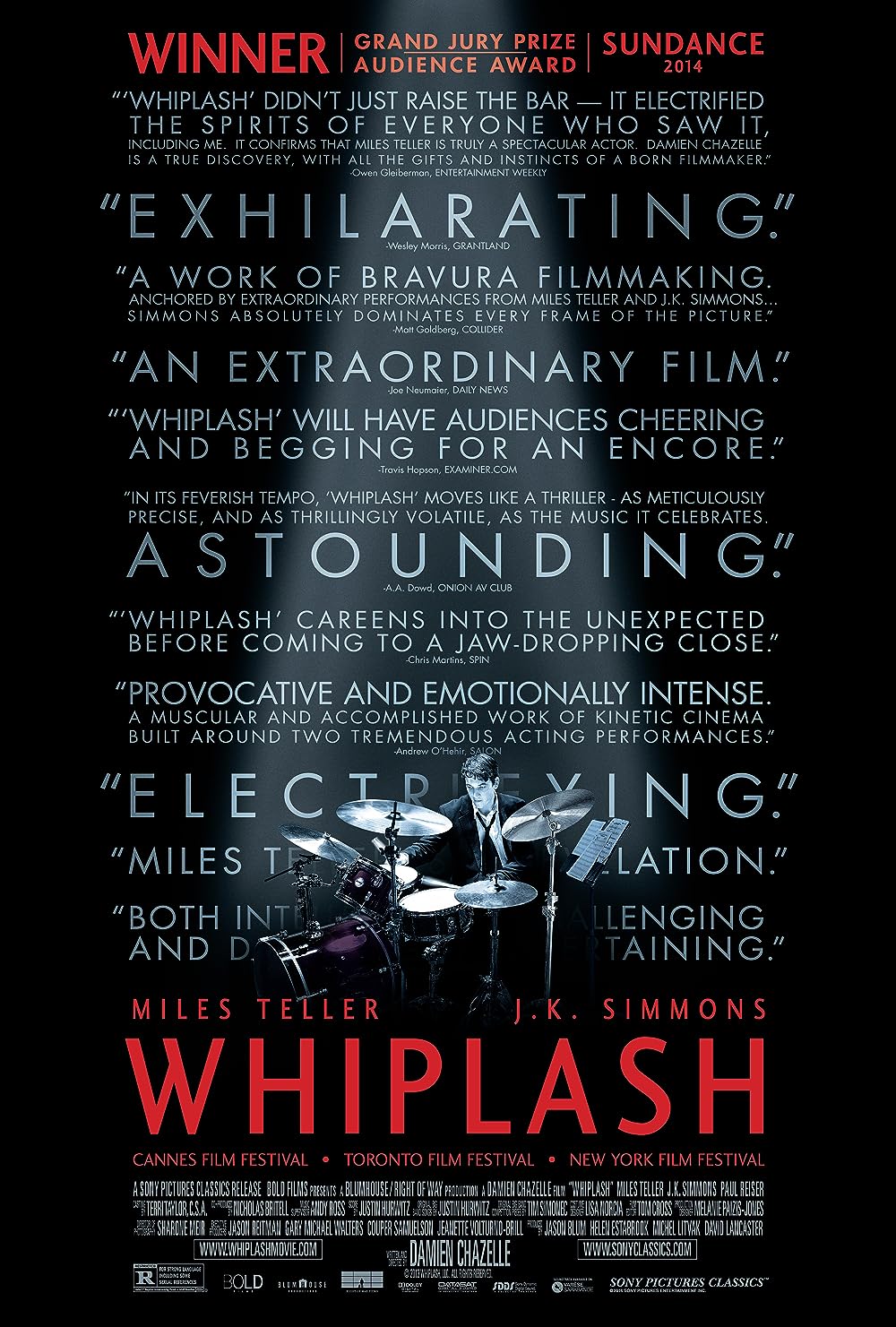 In 2013, a young, aspiring director named Damien Chazelle made a short film called "Whiplash", with J.K. Simmons in the starring role. After the short film premiered at film festivals, Chazelle received the necessary funds to make this short film into a feature length film, which then went on to be nominated for Best Picture at the Oscars. Not only was it nominated, but this excellent film was the breakout for Chazelle as a talented, young director.

The film follows young drummer Andrew (Miles Teller), who just recieved a spot on one of the most prestigious concert bands in the country. However, leading the band is the frightening teacher Terence Fletcher (reprised by Simmons). The two clash throughout the entire film, and it leads Andrew and Fletcher to be at each other's throats the entire film.

The writing and direction from Chazelle is incredible. Every scene is so beautifully shot and executed by the actors. Consider the scene where Andrew is late to the performance due to a car crash. He runs on the stage covered in blood, and Fletcher is already furious at him. The rest of the scene plays out horribly beautiful, with him attacking Fletcher. It keeps you on the edge of your seat and fills the viewer with so much anxiety. Chazelle is a master at controlling the audience's emotions, which is impressive due to his young age and this being his first film. Not to spoil anything, but the ending scene is such a fantastic payoff and is done so beautifully by Chazelle and the actors.

Another great thing that makes this film amazing (which you'll notice throughout Chazelle's filmography so far) is the fantastic score from Justin Hurwitz. Hurwitz really captures the mood of every scene in his music, and simply makes the film that much better. He has gone on to do Chazelle's other films, but this film is a fantastic representation of his work and talent.

Chazelle is hands down one of the best, if not the best, young directors working in Hollywood today. He is a master at controlling the viewer's emotions and shooting such remarkable scenes. This film, which is his first major motion picture, is absolutely incredible and shows the gift that Chazelle has as a writer and director.