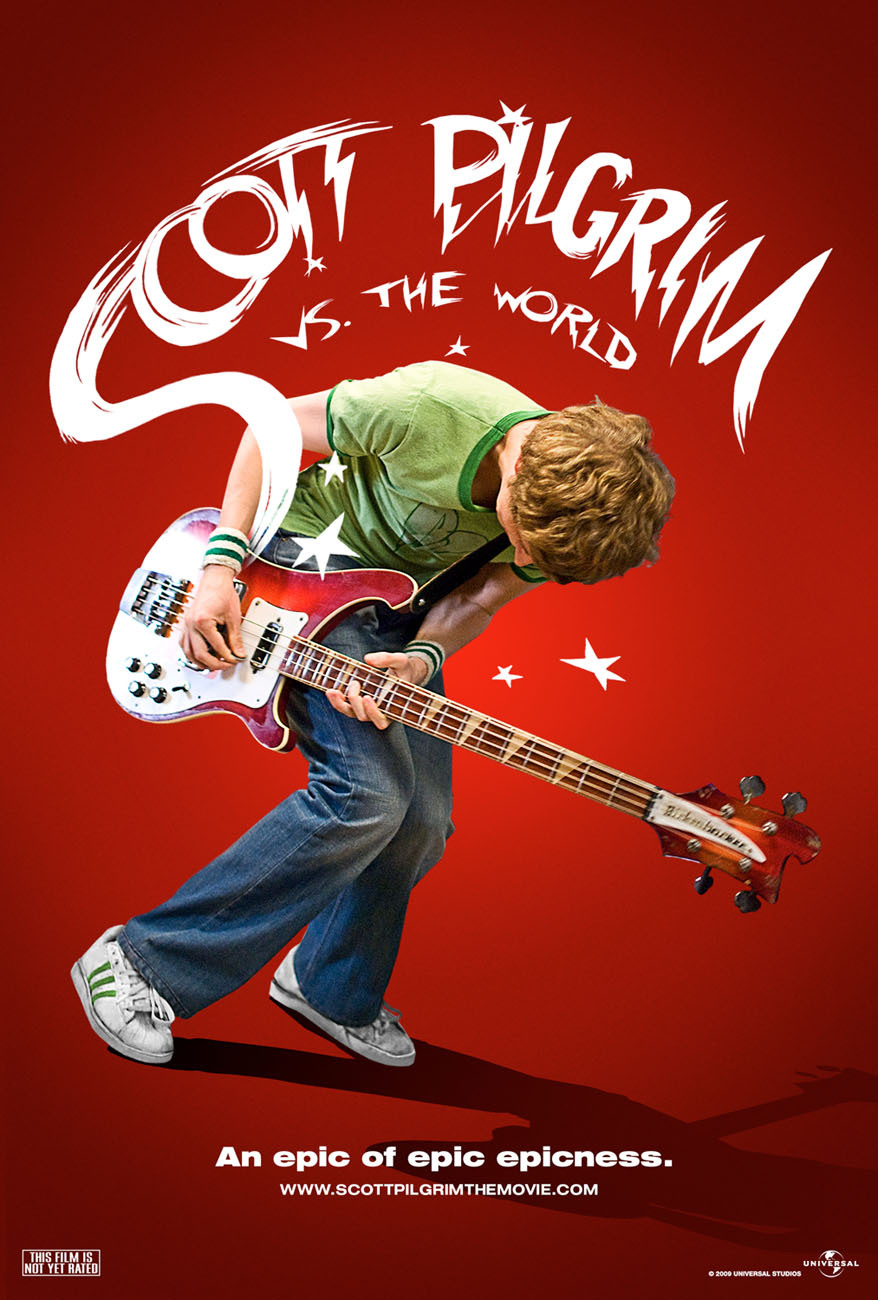 In my unpopular opinion, "Scott Pilgrim vs. The World" is an incredibly disappointing film compared to the other movies by Edgar Wright. I personally found the acting, mostly by Michael Cera, to be extremely annoying after a while, and the film just seemed to drag for me. However, the fight scenes are excellently choreographed and the comic book styling of the film is a lot of fun to watch. But, can that really save this film from the dull acting and slow plot?

The film follows a young man named Scott Pilgrim (Cera), who falls head over heels for a new and mysterious girl, Ramona Flowers (Mary Elizabeth Winstead). Before he can win her heart though, and call her his "girlfriend", he must face off against her seven evil ex's, who get more powerful after every fight.

The film does have potential to be such a funny and entertaining adventure, but it just wasn't that. It was slow, the jokes didn't work, was awkwardly uncomfortable, and so much more. For example, let's take a look at all of the awkward gay jokes between Scott and his gay roommate, Wallace (Kieran Culkin). I just didn't find them funny, and thought it was a tad tasteless.

This was around the time where studios tried to make Cera a star, and I can see why that didn't work. Sure, he was somewhat funny during "Superbad", but he was absolutely horrendous in this film. His acting was weird and uncomfortable. I understand that Wright tried to go for a nerdy and awkward character, but it went all the wrong ways.

The seven evil ex's however, were mostly fun and unique to watch, with amazing fight scenes and graphics. It was awesome to watch them get defeated in a comic book format style, but the fights always took a while to get there. Don't get me started on the one fight where they manipulated Ramona's ex-girlfriend into having an orgasm to defeat her. This is what I'm saying - why was this necessary? I felt extremely uncomfortable watching this as it was done in such an awkward way, that wasn't funny in the slightest.

It's disappointing that this film wasn't that good, like I thought it would be. It has a huge cult following, and some people I know say this is their favorite film of all time, but I can't see why. I'm not sure what Wright was thinking when making this film, but at least he redeemed himself with the likes of "Baby Driver" years later.