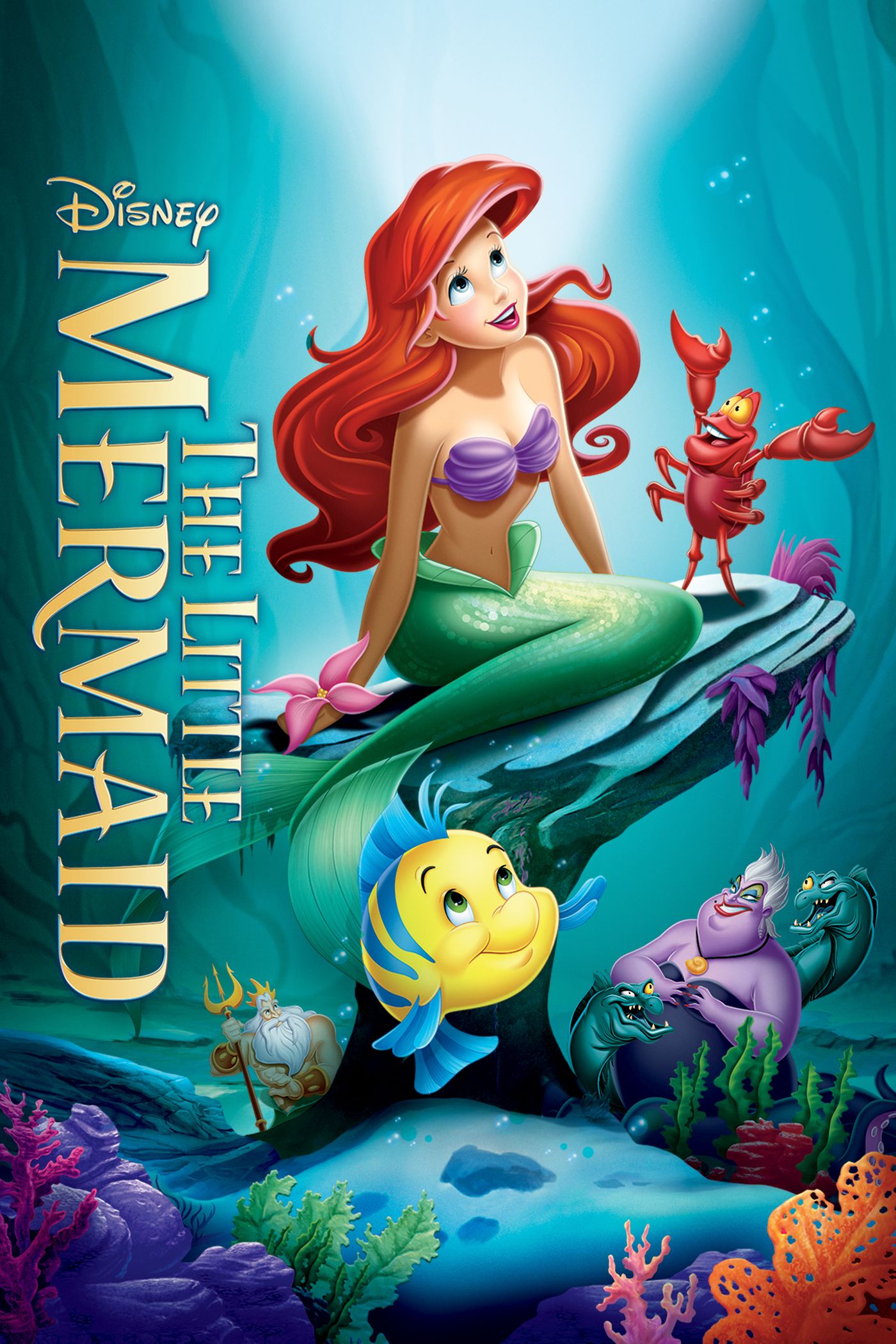 After many box-office failures throughout the 1980s, Walt Disney Animation Studios felt defeated. They felt as if they couldn't capture the magic of animated films and storytelling like Walt Disney could, and the Studio contemplated shutting down the Animation department and focusing solely on live-action. However, they brought together Ron Clements and John Musker to adapt one of Han Christian Anderson's dark and depressing tales (pun intended), saving the Animation department from the brink of collapse.

Disney's "The Little Mermaid" follows Ariel (Jodi Benson), a young mermaid who has dreams to live in the human world. She spends her days with her fish friend Flounder (Jason Marin), exploring the sea while also fantasizing about walking on land. When she first meets Eric (Christopher Daniel Barnes), a young human prince, she falls head over fins for him.

However, when her dad, King Triton (Kenneth Mars), doesn't approve, Ariel decides to go to the evil sea witch Ursula (Pat Carroll) to grant her wish to become a human. Ursula abides, but to try and ruin Triton and his family, she only gives Ariel three days to receive a true love's kiss. To make matters worse, she also takes away Ariel's voice, so she can't talk to Eric. So, from the help of Flounder, ditsy seagull Scuttle (Buddy Hackett), and obedient crab Sebastian (Samuel E. Wright), they try and get the prince to kiss the mermaid before the three days are up.

The story, like mentioned is a Han Christian Anderson story, is extremely dark and depressing. However, the Disney filmmakers created such a beautiful and joyous story and journey that we go on with these characters. The characters are so lovable that it makes every scene so much fun to watch. It's even hard to hate Ursula as she is such a joy on screen with a wonderful performance from Carroll.

Along with the great story, the animation style is absolutely stellar. The graphics still hold up today, and there are so many beautiful shots throughout the movie. Consider the "Kiss the Girl" scene, where Sebastian and the other sea animals sing the famous song to have Eric kiss Ariel. It contains one of my favorite shots of the film, where we follow the fishes coming out of the water to show Ariel and Eric in the boat looking at one another. The light bugs circle around them, setting the mood for the scene. It's such an incredibly animated scene, and really brings the song home for the audience.

Ursula is a great, terrifying villain. She has their horrible ulterior motives to ruin the lives of Ariel and Triton over a grudge she had for a long time. It's especially horrifying for the characters when she grows hundreds of feet high to try and kill Ariel and Eric. She's so incredibly nasty that she's a great villain and a lot of fun to watch.

The songs in the film are great, and are considered some of the best Disney songs of all time. Almost every song is well-known, and played many times on Disney soundtracks and at the Disney theme parks. One great song to mention is "Under The Sea", which follows Sebastian trying to convince Ariel to stay underwater with her family. It's very catchy, and really captures the fun, over joyous mood of the entire film.

"The Little Mermaid" was only the start though. From the success of this one film that everyone thought would fail, they created other great Disney classics, such as "Aladdin", "Beauty and the Beast", and one of the most famous and best animated films of all time, "The Lion King". If this film was never made, or not as great as it is, who knows where Walt Disney Animation Studios would be today.