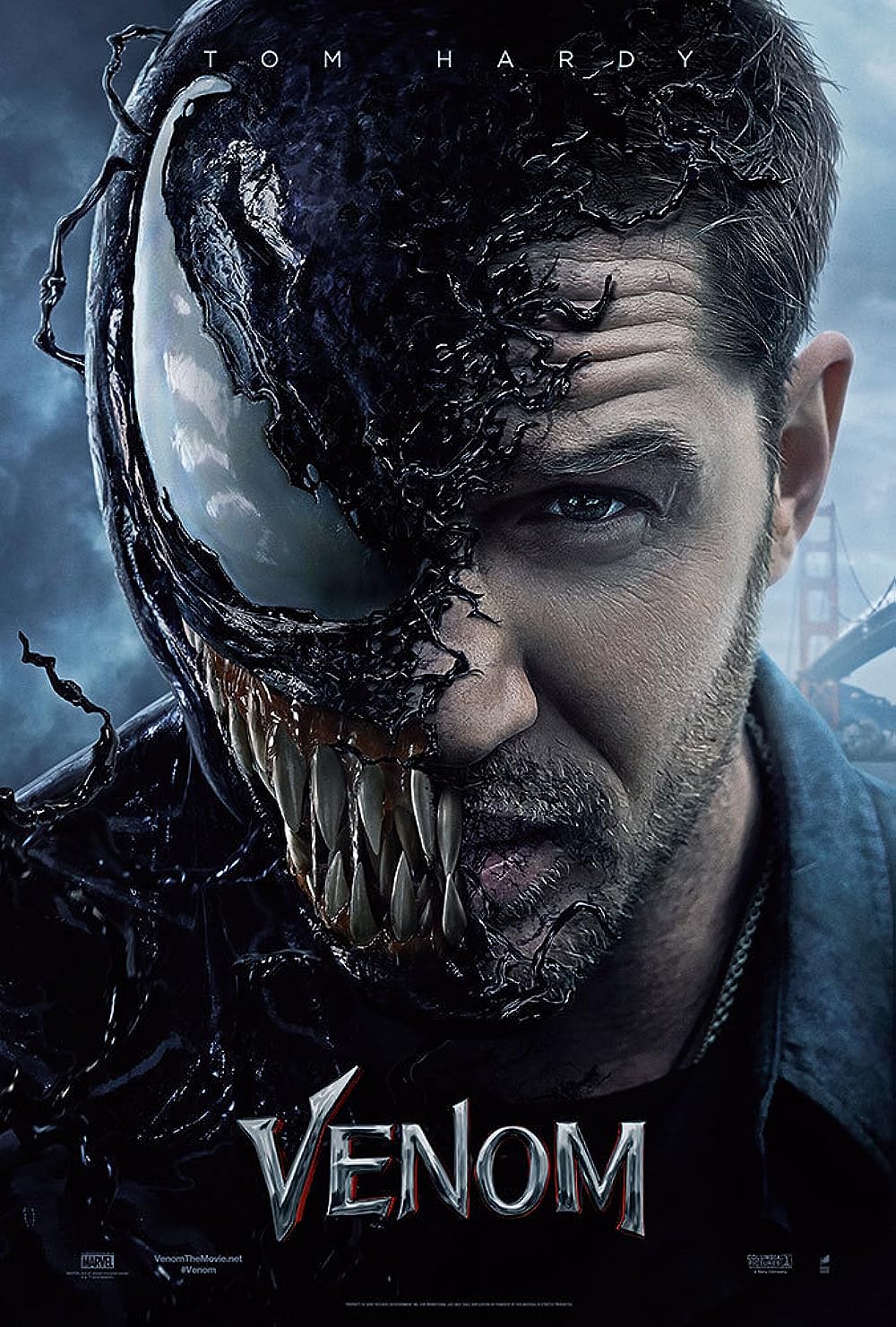 Venom is one of the most famous "Spider-Man" villains, widely popular due to his terrifying appearance and his close resemblance to Spider-Man. Marvel has tried to adapt Venom into its own feature length film, but every plan they had fell through. It wasn't until 2018 when Sony finally made "Venom", with Tom Hardy playing Eddie Brock.

The film follows Eddie, who is a journalist that reports on corrupted businesses. When he is tasked with investigating Carlton Drake (played by Riz Ahmed before he was catapulted into fame after 2019's "Sound of Metal"), who was the founder of the Life Foundation, he accuses him of corruption, prompting him to be fired. Now, down on his luck, Eddie is approached by Dora Skirth (Jenny Slate), who is a scientist working for Drake. She is appalled by the horrendous test studies he is doing on humans, and wants Eddie to bring him down.

However, when he goes to the lab, he is attacked by a crazed woman, and transfers the alien symbiote into Eddie. Known as Venom, the symbiote takes over Eddie's body, and leads them on a task to hijack Drake's rocket. The film then follows both Eddie and Venom as Eddie is now trying to adjust to having a different personality reside in his body.

This film is a lot of fun, and surprisingly full of humor. The chemistry between Eddie and Venom is a lot of fun, and they share a lot of good moments together. One of the best moments in the film is when Venom tries to convince Eddie (who is scared of heights) to jump out of a building. When he refuses and takes the elevator, Venom calls him an offensive name that is so perfectly timed it will always bring laughs from the viewer.

The action and the special effects are all well done, and the design of Venom is incredible. They really capture the terrifying qualities of him that were seen in the comics. However, they do an amazing job at making him this funny, likable character instead of making him a terrifying villain. I personally enjoy the fact that Venom is a funny character, rather than the dark and dreary character from Sam Raimi's "Spider-Man 3".

The one flaw in this film is it takes a while for the plot to actually take off. The film starts off strong, then we stall for about twenty or thirty minutes as we explore why Eddie's life is horrible. Even though we get scenes cut in from Drake's lab, it still drags a bit, and you get kind of restless waiting for Venom to show up and enter Eddie's body.

The film makes the viewer care more about Venom, other than the fact he will hopefully face off against Tom Holland's Spider-Man. It was honestly a lot better than I thought it would be based off the trailers, and I can't wait to see what's in store for Eddie and Venom in the sequel.