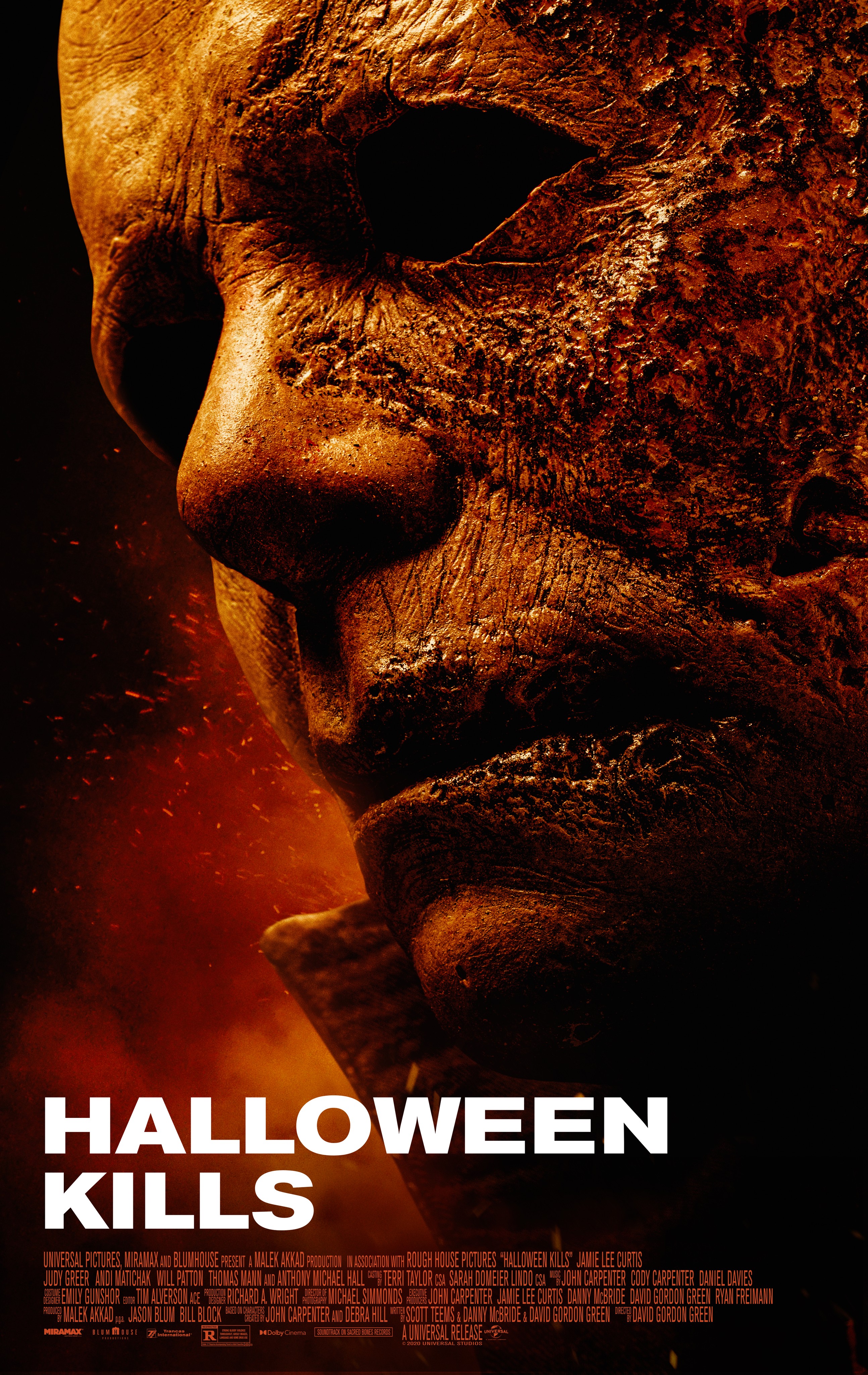 David Gordon Green was successfully able to reboot the "Halloween" franchise, making a direct sequel to the original film from 1978 and forgetting the numerous sequels since then. After trapping Michael Myers (James Jude Courtney), Laurie Strode (Jamie Lee Curtis) and her family (Judy Greer, Andi Matichak) think they are finally free from the Boogeyman who has haunted the town for decades. "Halloween Kills" picks up right where its predecessor left off, showing Myers being rescued and continuing his murderous rampage. However, this film is dull, odd, and nothing but a set-up for the final film coming out next year.

The film tries to incorporate as many of the classic characters as it can. We see appearances from characters such as Tommy Doyle (Anthony Michael Hall) and Lindsey Wallace (Kyle Richards). At the same time, they try to introduce so many new and different characters that the movie just seems like a mess. It tries too hard to jump back and forth between all these different characters, and we never really build a bond with these characters.

Since there is a third and final film coming out next year, this movie was just a set-up for the final film. That's all it was. We have our characters going around yelling, "Evil dies tonight!", yet we never see any of that happen in the film. And when we do, it's a sloppy, badly edited mess that we're not sure what's really going on. Plus, the fact that Laurie Strode is probably only in the movie for fifteen minutes and doesn't even participate in the climax of the film is very upsetting, and feels like a stab to longtime fans of the series.

The movie also tries to explain what happened in the first film through a series of flashbacks. However, the flashbacks were not needed whatsoever. They spend a rather big chunk of the film following around the police that night, showing them trying to capture Michael Myers. It just seemed very out of place and unnecessary. They tried too hard to add so much exposition and backstory that it slowed down the pacing a whole lot, changing the entire tone of the film.

Most characters in horror movies are rather stupid, but it seems like they made their characters over-the-top stupid in this movie. The characters do the most random and idiotic things, when there is an obvious, smarter way the characters can act. Take for example the scene where Michael kills a group of adults in a car. The older woman shoots out all the windows trying to hit Michael, giving him an open opportunity to get all of them. When he attacks, one of the men in the car just sits there and watches, and then is shocked when he gets murdered. Then, just a few seconds later, a woman shoots Michael, and completely misses. He then kicks the car door, hitting the girl's hand to make her swing it around and shoot herself in the head. It's so idiotic and moronic that it sometimes feels like I'm not watching a slasher film, but rather a parody to the genre.

But, with all that being said, Michael Myers is such a great horror icon, and this entry into the "Halloween" franchise is no different. It's a lot of fun and great to watch him continue his killing spree. There were some nasty and great kills throughout, and a couple of them are quite disturbing to watch. There are a few things I disagree with concerning his character and his actions, but overall, they did a really good job recreating him for this movie.

Even though this film was just a massive set-up for the final film and had many flaws, it was still genuinely fun to watch, and I'm looking forward to the final film in this decades-long saga. Since this film was basically a filler for the franchise, I'm hoping this hugely anticipated final film isn't a disappointment like this one clearly was.