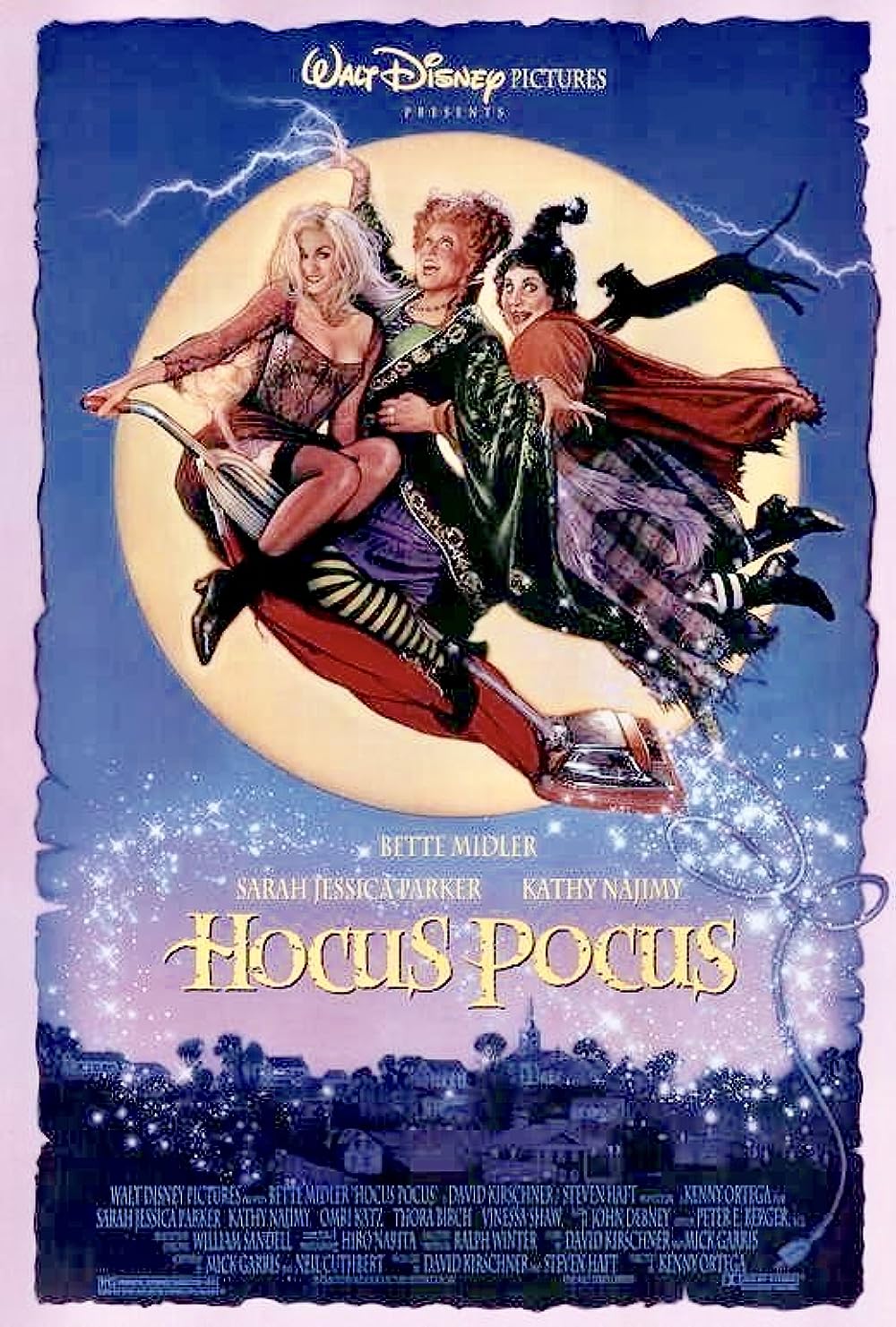 Winifred (Bette Midler), Mary (Kathy Najimy), and Sarah Sanderson (Sarah Jessica Parker) are perhaps some of the most famous witches of all time. Starring in Kenny Ortega's "Hocus Pocus", these witches hilariously prey on the souls of young children to make them look younger. When hung during the Salem Witch Trials, Winifred casts a spell to bring them back to life if a virgin lights the candle in their house. Well, around one hundred years later, Max Dennison (Omri Katz), who is a skeptic of witches and the darkness surrounding Salem, lights the candle, bringing these evil hags back to life in this fun Disney Halloween movie.

The three witches are absolutely hilarious throughout this film. They all have such different personalities that it works when put together. Sarah is the stupid blonde, Mary is odd and dumb, and Winifred is just downright evil and cruel. They have almost perfect chemistry together, and it's a lot of fun to watch them fly around on their broomsticks (or vacuums) and terrorize the three protagonists in this film.

The movie combines the right amount of everything to please audience members of all ages. There's magic, witches, halloween, adult humor, and so much more. Every audience member can relate to this film, or find the appeal behind the story and characters.

However, this movie definitely does have its flaws. Some of the jokes don't hit, and it seems like there is a huge pacing problem. Some scenes are definitely entertaining and a lot of fun, but at the same time, there are some scenes that could have definitely been cut from the final product.

In addition, some of the characters are just very unlikable. Even though he is our protagonist, it's very hard to like the Max character. He is whiny, annoying, and just downright despicable throughout the first half. I understand, him and his sister are supposed to fight since they're siblings. But he is just so cruel and hateful for no reason. As much as I tried to like this character or empathize with him, it's almost impossible to do.

Even though this film does have its flaws, it's still such a fun film to watch during the Halloween season. It has something for everyone, and this is perhaps a perfect film to watch on Halloween night with family and friends.