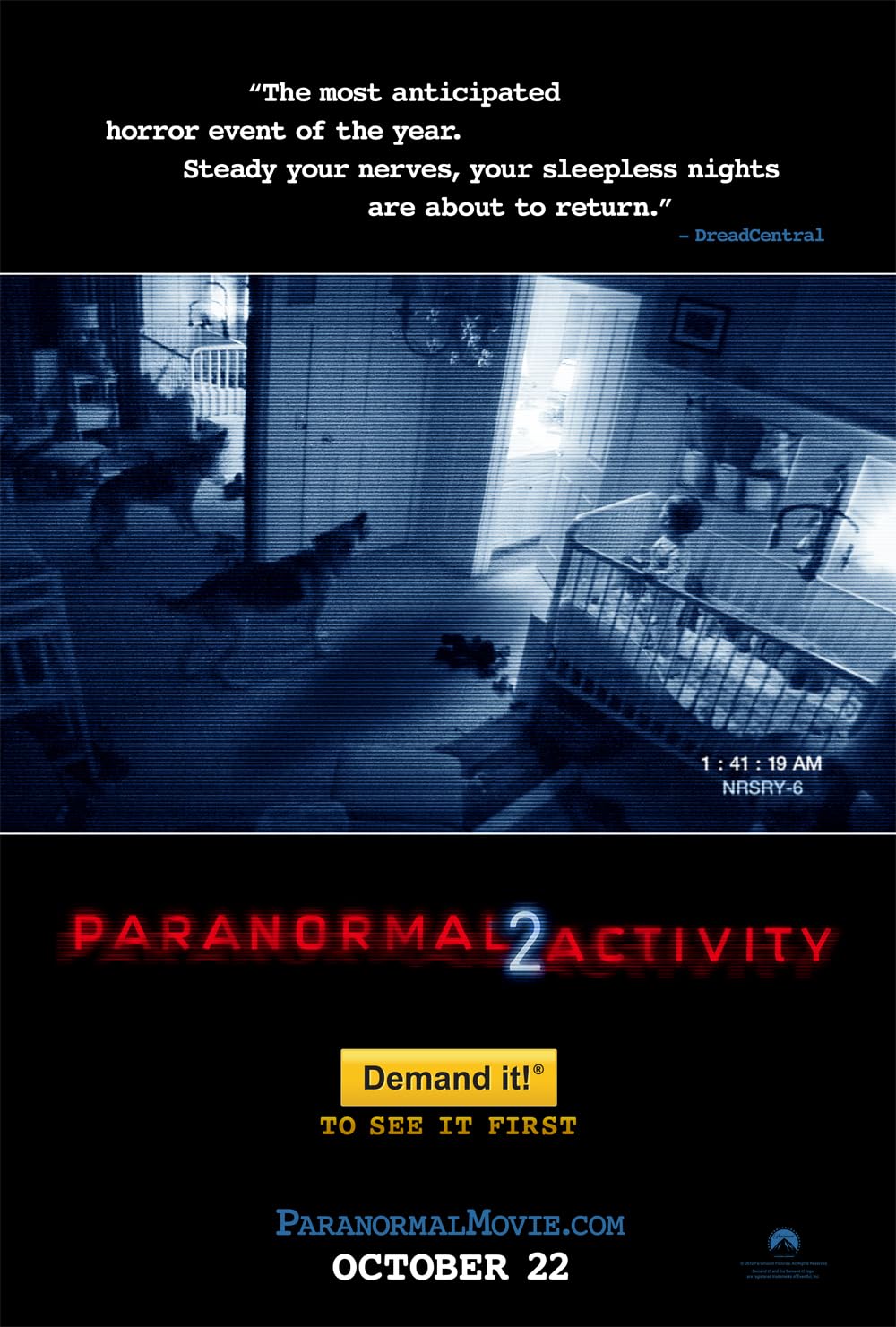 Like "The Blair Witch Project" before it, "Paranormal Activity" took the world by storm, becoming yet another horror success in the "found-footage" format. Because of this, it prompted Paramount to order a sequel to its critically acclaimed film; this time focusing on Kristi Rey (Sprague Grayden), the sister of the protagonist of the first film. However, "Paranormal Activity 2" falls under the unfortunate curse of sequels, as it does not live up to the terror or story of its predecessor.

The film takes place around six months after the first film, with Kristi and her husband, Daniel (Brian Boland) adjusting to life after the birth of their son, Hunter, as well as trying to keep their teenage daughter, Ali (Molly Ephraim), happy. However, strange and terrifying things start happening around the house, threatening the well-being and sanity of the entire family.

Unlike the first installment of this horror franchise, our characters aren't as entertaining or well-written. They seem rather annoying, and there are definitely certain things our characters go through that could have been explained and shown much better. They take on a more idiotic role in the film than the previous couple, with Daniel not believing his daughter about what she was saying, even after he watched the footage from the cameras that night. The characters are mostly to blame for the things that happen to them as they refuse to believe, or in Kristi's case, talk, about the evil entity that is haunting them and the house.

At the same time, the movie is just as suspenseful as the first film, yet without the scariness factor that was present throughout the first movie. We linger on many shots throughout the film, yet nothing really comes from them. It seems like they waste too much of the runtime trying to make the viewer stressed, rather than scared. This makes the film very frustrating to watch as we are expecting the horror pay-off, and then disappointed and still on edge after receiving nothing. The other scenes are filled with the characters playfully interacting with each other, not really getting much anywhere plot-wise.

The movie definitely relies too heavily on jump scares, rather than genuine horror and fright. The director positioned changed hands between the first and second film, and it seems like director Tod Williams didn't know how to fully frighten the audiences without the use of jump scares. It's honestly rather disappointing given the frightfully great first film.

Even if this wasn't compared to the brilliance of the first movie, it still doesn't really serve as a great horror film. It wastes too much time on random things, instead of furthering the plot along on sheer horror. The film does leave us on a cliffhanger (like the first), so let's hope the third installment can do more to make the viewer feel genuinely scared, rather than relying on jump scares for a cheap thrill.