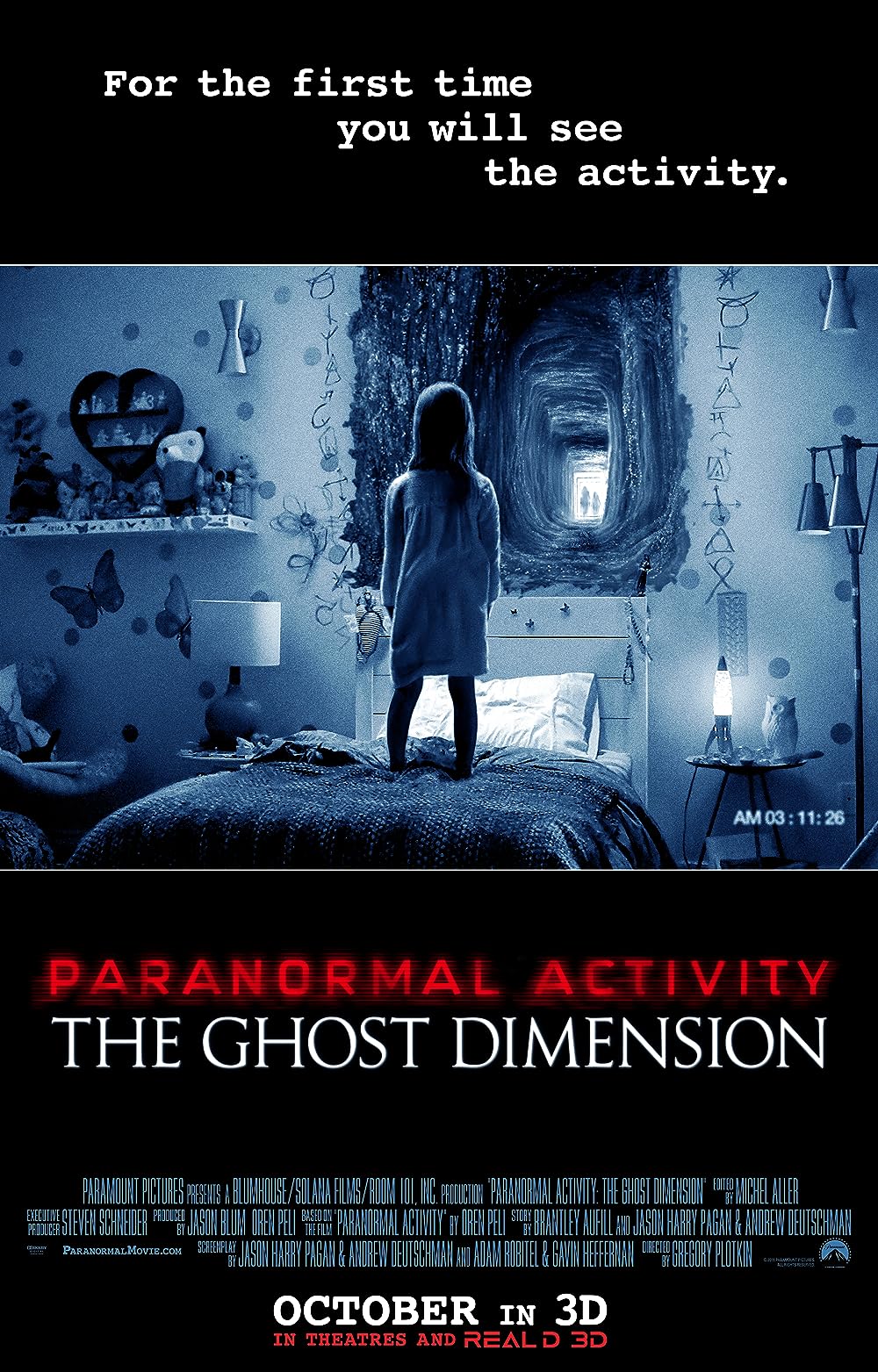 In 2007, Oren Peli created a horrifying film that took the world by storm. Titled "Paranormal Activity", we followed a couple that is being haunted by a demon in the "found-footage" format. When it gained massive critical and commercial success, Paramount decided to turn this idea into a huge horror franchise, which has had its hits and misses. Over the course of eight years and five films later, we received "Paranormal Activity: The Ghost Dimension", which is the last film of the franchise. Since this movie has to tie up all the loose ends and storylines for all the characters, it honestly seems like they tried too hard and ruined the franchise by actually showing the demonic entity.

The movie follows a family that is preparing for the Christmas season. However, the dad, Ryan (Chris J. Murray), and his brother, Mike (Dan Gil), find an old-fashioned video camera, along with tapes of two little girls that can interact with them in real-time. When Ryan's daughter Leila (Ivy George) begins to do strange things and talk to her scary imaginary friend, Tobi, he uses the camera to find what is going on in the house.

The huge factor that made "Paranormal Activity" work was the fact that we had no clue what was going on. We never see the demons or entities that are haunting the families in these films. I think this is why these movies work; if we don't see the evil beings, we are forced to imagine what they are like and what is really happening in these houses. This makes it genuinely a thousand times creepier as our imagination can craft scarier things than what we will see on film.

However, this film decides to leave nothing to the imagination, and show everything that is happening. We see the darkness and the evil demons at play in the house, which makes the film much less scary than the other entries in this franchise. Yes, it is creepy and disturbing, but by seeing the evilness that has surrounded the family, it ruins the scariness factor and makes it seem bland and a tad boring.

Also, even though the movie is supposed to wrap up this franchise, there isn't really any closure or anything presented in this movie that we don't already know. It tries too hard to include all these elements that the movie just falls apart after a while, and it seems very boring and tedious to watch.

The film does have some scary moments, mostly by the strategic use of jump scares. Some caught me off-guard, but they don't do anything more to make me genuinely scared. They seem very cheap, but it would scare those who are unfamiliar to the horror genre.

This franchise has been full of hits and misses, and it's a pity we go out on a film that can't live up to the hype of the originals. Maybe sometime in the near future, they will try to make another entry or reboot the franchise. But for now, I guess we have to settle for this disappointing and unsatisfying ending.